There has been evidence that inflammation is implicated in cancer development and progression. Various approaches have been used to clarify the relationship between inflammation and cancer. Recent reports have demonstrated that the gene expression profiles of cytokines related to inflammation in cancer tissues and the surrounding non-malignant tissues may be used as possible indexes of the association with clinicopathological factors and prognosis in liver and lung cancer (1,2). In gastric cancer, it has been suggested that Helicobacter pylori is involved in the onset of cancer development through the induction of immunocompetent cells that evoke chronic inflammation and expression of immune-related cytokines (3). Although the major cause of colon cancer is considered to be an accumulation of cancer-related gene mutations, as represented by adenoma-carcinoma sequence and de novo types (4,5), the involvement of cytokines in colitis-associated colon cancer coexisting with inflammatory enteritis has been reported (6). It is essential to analyze the balance of all cytokines related to inflammation which are intricately linked to cancer development and progression, and it is important to elucidate the function of inflammation-related molecules.

Annexin A1 (ANXA1), which belongs to the calcium-dependent phospholipid-linked protein family, is associated with anti-inflammatory effects through the inhibition of phospholipase A2, including arachadonic acid (7). The functions of ANXA1 in tumor growth and development have been examined in various types of cancer, but are not clearly understood, since ANXA1 expression is differentially expressed in different cancer types, including esophageal cancer, pancreatic cancer, skin squamous cell carcinoma, colon cancer, cervical cancer, oral squamous cell carcinoma, prostate cancer, breast cancer and laryngeal squamous cell carcinoma (8–18). In the present study, we investigated ANXA1 expression in gastric and colon cancer, and analyzed the relationship between ANXA1 expression and clinicopathological factors and patient prognosis.

Total RNA was extracted from 5-mm2 blocks of each cancer and normal tissues obtained from resected specimens using TRIzol reagent (Invitrogen, Carlsbad, CA, USA) in accordance with the manufacturer’s instruction manual. Complementary DNA (cDNA) was synthesized from 5 μg of total RNA with random hexamer using the SuperScript III First-Strand Synthesis kit (Invitrogen). These cDNAs were used for the measurement of ANXA1 gene expression with a 7500 Real-Time PCR system (Applied Biosystems, Foster City, CA, USA). The level of mRNA expression for each tissue was normalized to that of β-actin. Probes for each gene were purchased from Applied Biosystems.

Paraffin-embedded histological sections (4 μm) were deparaffinized and washed with water, and then endogenous peroxidase activity was blocked with 0.3% hydrogen peroxide in methanol. After washing in PBS, blocking agent (Dako, Glostrup, Denmark) was used to regulate the non-specific reactivity. Anti-ANXA1 monoclonal antibodies (mouse IgG1, clone 29, 1:100; BD Biosciences) were allowed to react overnight at 4°C and after antigen-antibody reaction, diaminobenzidine (Envision; Dako) was used for visualization. Sections were counterstained with hematoxylin. The expression of ANXA1 protein was evaluated as positive when the nucleus and/or cytoplasm of cancerous and normal tissue indicated at least 5% dye-affinity when the total field of view was observed at x40 magnification. Assessment of the staining was evaluated by two independent pathologists without knowledge of the clinical status of the patients.

The paired t-test was used to determine the correlations between the amounts of ANXA1 mRNA expression in cancer and normal tissues. The Chi-square test or the Mann-Whitney U test was used to analyze the correlations between ANXA1 protein expression and each clinicopathological factor upon immunohistochemical staining. Survival analysis was performed using the log-rank test followed by the Kaplan-Meier method. We assumed there was a significant difference at P<0.05. These analyses were performed using SPSS II for Windows 11.0.1J (Lead Technologies, Inc., Charlotte, NC, USA).

Relationship between ANXA1 expression and clinico-pathological findings in gastric cancer.

Relationship between ANXA1 expression and clinicopathological findings in colon cancer.

Relationship between ANXA1 expression and prognosis in gastric and colon cancer

ANXA1 is a calcium-dependent phospholipid-linked protein with a molecular weight of 37 kDa that shows phospholipase A2 inhibitory activity and is derived from glucocorticoid (19). ANXA1 is an endogenous anti-inflammatory protein with a number of biological functions, such as cell adhesion, inhibition of migration, inflammation, phagocytosis, proliferation and apoptosis (20,21). ANXA1 also has an important role in tumor development and progression, although the exact mechanisms in cancer remain unknown. To date, numerous reports suggest that ANXA1 is differentially expressed depending on cancer types. In fact, ANXA1 was found to be up-regulated in esophageal cancer (8), pancreatic cancer (9), skin squamous cell carcinoma (10) and colon cancer (11), and down-regulated in cervical cancer (12), oral squamous cell carcinoma (13), prostate cancer (14), breast cancer (15–17) and laryngeal squamous cell carcinoma (18). For example, high levels of ANXA1 expression were detected in approximately 40% of cases of esophageal and gastroesophageal junction adenocarcinoma and were correlated with the progression of T factor and distant metastases (8). The studies concluded that ANXA1 is an independent prognostic factor for patient survival. Regarding breast cancer, suppression of ANXA1 expression was found to be related to cancer development and progression (15–17). This discrepancy indicates that a physiological range of ANXA1 levels is important to maintain cellular homeostasis. In particular, the evaluation of ANXA1 expression has not been accurately carried out in gastric and colon cancer. In the present study, we found that ANXA1 protein expression was up-regulated in approximately 60% of gastric cancer and 30% of colon cancer tissues, and high expression of ANXA1 was associated with advanced stage, including deeper wall invasion, lymphatic invasion, venous invasion and lymph node metastasis. Consequently, ANXA1 expression was implicated in poor prognosis. Our results suggest that ANXA1 plays an essential role in tumor growth, invasion and metastasis.

There are only a few reports on ANXA1 in gastric and colon cancer. A previous report found that the lack of ANXA1 protein expression was correlated with the degree of T factor progression, lymph node metastasis, advanced stage and histological low differentiation by microarray analysis using tissue samples obtained from gastric cancer patients, suggesting that ANXA1 is a negative biomarker of gastric cancer growth and development (22). Although the results conflict with our data, various reasons explaining this discrepancy include the experimental condition and the different antibody used for immunohistochemical staining. Therefore, whether ANXA1 expression is up- or down-regulated in gastric cancer is difficult to determine. In fact, similar findings were recognized in breast cancer. Our findings provide new insight to the association between ANXA1 expression and gastric cancer. Regarding colon cancer, one supportive study found increased ANXA1 protein expression in primary and metastatic lesions when compared to the normal mucosa. However, no correlation was found between the extent of ANXA1 expression and tumor stage (11).

Recently, the result of an ANXA1-knockout mice study suggested that tumor growth and metastasis using cancer cell lines were significantly decreased in ANXA1-knockout mice compared to ANXA1 wild-type mice (23). Furthermore, ANXA1 acts directly on the EGFR to regulate the EGFR/Ras pathway, and binds to the EGFR adaptor protein Grb2 and increases Ras activity, resulting in the activation of the mitogen-activated protein kinase extracellular signal-regulated kinase (24). An in vitro experiment of a colorectal cancer cell line, knocked down for ANXA1 expression using an siRNA method, found attenuated cellular invasion (25). These data indicate that ANXA1 expression may be associated with tumor growth, tumor invasion and metastasis, and may support our current results that ANXA1 expression is up-regulated in a subset of gastric and colon cancer and is significantly associated with lymphatic invasion, venous invasion, lymph node metastases and UICC stage in both gastric and colon cancer.

When ANXA1 mRNA was measured in the cancer and non-cancer tissues, no significant differences were observed in the ANXA1 expression level in either type of cancer. Although the number of cases included in the study was small, we realized that it was difficult to evaluate the ANXA1 expression level accurately in cancer cells as ANXA1 was expressed non-specifically in infiltrating cells of interstitial tissues as determined by immunohistochemical staining. Therefore, immunohistochemical staining is a more accurate method than real-time PCR for evaluating ANXA1 expression in clinical samples.

Our results indicate that the clinical significance of ANXA1 expression is related to tumor invasion and metastasis, resulting in poor prognosis. Thus, ANXA1 expression may be a useful marker to predict malignant potential of gastric and colon cancer. Further investigation is needed before its application as a target therapy for cancer. 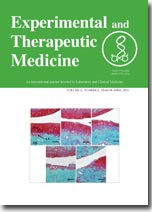