Impact of ankylosing spondylitis on sexual function: A systematic review and meta‑analysis

A number of studies have reported the association of sexual problems with ankylosing spondylitis (AS); however, the results have been conflicting. The present study aimed to investigate the impact of AS on sexual function. To develop a more comprehensive understanding of sexual function in patients with AS, a systematic review and meta‑analysis of the literature up to 2013 was conducted. Studies that assessed the impact of AS on sexual function by adopting the International Index of Erectile Function or the Female Sexual Function Index (FSFI) scoring system were included. Statistical analysis was performed using Review Manager statistical software (version 5.2). The weighted mean differences were calculated by employing a fixed or random effects model. A total of 484 cases from five studies were identified as being well‑documented and included in the meta‑analysis. Compared with healthy controls, male patients with AS have a significant reduction in sexual function scores of erectile function (-3.07), orgasmic function (-1.17), sexual drive (-0.72) and intercourse satisfaction (-1.89). Female patients with AS have a lower FSFI score in domains of desire (-0.34) and arousal (-0.87). In conclusion, AS has a certain impact on the sexual function of male patients. AS appears to have a greater influence on the sexual function of males compared with that of females. However, the mechanism by which AS affects sexual function requires further evaluation by further studies of a larger population of patients.

Ankylosing spondylitis (AS) is a systemic chronic rheumatic disease that presents with inflammatory back pain, asymmetrical peripheral arthritis, enthesitis and extra-articular features (1). Apart from spinal stiffness and loss of spinal mobility, AS has a considerable impact on the quality of life (QoL) of patients. Doctors often concentrate on skeletal damage and measures of pain, whereas most AS patients focus on feeling well and the capability to live a full life (2). AS affects patients’ health-related QoL, work life, relationships with family and spouse and expectations (3). Sexuality has been described as an essential part of the whole person, and sexual expression has been cited as a crucial part of an individual’s self identity (4). Sexual function plays a significant role in QoL and it is particularly important for patients with AS as it mainly affects young individuals.

The effect of rheumatologic diseases, particularly AS, on sexual function has been explored (5,6). A previous study demonstrated that patients with erectile dysfunction (ED) were at a higher risk for AS (odds ratio=2.19) (7). A population-based study demonstrated that ED was associated with AS (8). However, another study indicated that the prevalence of ED among AS patients was similar to that of normal healthy controls (9). Therefore, whether AS patients harbor an increased risk of sexual dysfunction when compared to normal population remains controversial.

The aim of this study was to summarize the existing evidence and explore the effect of AS on sexual function by conducting a systematic review and meta-analysis.

The meta-analysis was reported in accordance with the recommendations of the Preferred Reporting Items for Systemic Review and Meta-Analyses (PRISMA) and the Meta-analysis of Observational Studies in Epidemiology (MOOSE) as closely as possible (10,11).

Different search strategies were combined, as follows. For the English-language databases, free text such as ‘sexual activity’, ‘sexual function’, ‘impotence’ or ‘erectile dysfunction’ and ‘Marie-Struempell disease’ ‘Bechterew disease’ ‘ankylosing spondylarthritis’ or ‘ankylosing spondylitis’ were used. For the Chinese databases, free text terms were used, including the Chinese translations of terms meaning sexual function, erectile dysfunction and AS. In order to collect an adequate number of trials, the reference lists of relevant publications were also searched to identify additional studies.

For repeated studies of the same data, authors of reports were contacted to clarify ambiguity. If the author could not be reached, the first published study was considered as original. Two reviewers selected articles independently. Based on the PRISMA requirements, a flow diagram of the study selection was generated.

The relevant data was extracted by two independent investigators, and discrepancies between the two abstractors were resolved by consensus, or re-evaluated by a third reviewer. The validated Newcastle-Ottawa Scale instrument was adopted to independently assess the quality of each study (15). A star system was applied to evaluate nonrandomized studies regarding three criteria: Patient selection (0–4 stars), comparability of study groups (0–2 stars) and exposure or outcome assessment (0–3 stars). Studies that achieved a rating of at least six stars were considered to be of the highest quality (16).

The correlation of sexual function with AS was evaluated using Review Manager meta-analysis software (version 5.2; Cochrane Collaboration, Copenhagen, Denmark). Weighted mean differences (MDs) and the 95% confidence interval (CI) were calculated for continuous data. A fixed-effect model was applied to combine these MDs to get an overall MD, also known as an effect estimate. A random-effects model was used if heterogeneity across studies was present. Heterogeneity was evaluated via the χ2, τ2 and Higgins I2 tests, and a P level <0.1 was considered significant. A Z score was adopted to assess the overall effect with significance set at P<0.05. Publication bias was evaluated by the Egger test and represented graphically by funnel plots when the number of included trials was ≥5. To minimize the clinical heterogeneity, subgroup analyses for male sexual function and female sexual function were conducted.

A flowchart of the study selection process is shown in Fig. 1. One study in which the data were presented as the median (minimum-maximum) was excluded (17). According to the selection criteria defined in Materials and methods, the meta-analysis finally included five articles, involving a total of 484 participants of which 232 were patients with AS.

Clinical and demographic characteristics of the patients with AS and healthy controls.

a Without standard deviation;

As the number of included studies in each subgroup was <5, funnel plot analysis and Egger tests were not conducted to test publication bias.

Male sexual function in AS patients and controls

Female sexual function in AS patients and controls

AS may have a greater impact on male sexual function than on that of females. The possible reasons are as follow. Firstly, it has been reported that males are more often affected by AS than females (22,23) and pertinent studies concerning female sexual function are few. Secondly, female patients had a shorter time of disease duration, older age of disease onset and lower baseline C-reactive protein level (24). Among patients with longstanding AS, there are differences in the clinical manifestations of AS between the genders: Males have significantly more severe radiographic changes and females may have more peripheral arthritis (25). The probability of enjoying sexual activity is diminished in female patients with AS (26). Thirdly, sexual problems tend to be more associated with physical health and aging among males than females (27). In addition to these reasons, neurotransmitters, psychosocial and interpersonal factors (28), and the complexity of sexual dysfunction in females (29) also contribute to the differences in sexual response between males and females.

The pathogenesis of sexual problems in patients with AS is complicated and multifactorial. Several underlying mechanisms might be involved in the effect of AS on sexual function. Firstly, tumor necrosis factor α (TNF-α) plays a pivotal role in the pathogenesis of AS, and TNF-α concentrations are increased in the circulation (30) and synovial tissue (31) in patients with AS. It has been shown that TNF-α acts as a potential candidate in the pathophysiology of ED (32). In addition, a pilot study demonstrated that anti-TNF-α therapy may improve sexual dysfunction in male AS patients (33). Secondly, sexual problems in AS patients might be associated with joint involvement, increased disease activity, decreased functionality, declined health quality and depression (34,35). Poor function, depression, greater disease activity, unemployment and poor self-efficacy have been found to be independently associated with a greater impact on the sexual relationships of patients with AS (36). Bath AS mobility index, impaired social functioning and Bath AS functionality index have been identified to be the most significant causes of impaired sexual function in Chinese AS patients (37). Finally, the toxicity of disease-modifying antirheumatic drugs could contribute to sexual problems. Case reports have shown that methotrexate is associated with reduced libido, ED or impotence (38–40).

Several limitations of the present study should be noted. Firstly, although the number of participants included in this meta-analysis is larger than that in an individual study, the sample size may be not large enough. In the current meta-analysis, numerous studies were excluded due to inconformity with the IIEF or FSFI scoring system. Secondly, all the participants were recruited from Turkish populations. The association of sexual problems and AS may differ in populations from other ethnic origins. Additionally, there was a considerable heterogeneity in the subgroup of female sexual function in AS. It is hypothesized that differences in the quality of studies, participant characteristics and disease activity are responsible for the heterogeneity. In view of this, all of the conclusions require careful consideration.

In conclusion, there is an association between sexual problems and AS. AS appears to have a greater influence on the sexual function of males than that of females. Early diagnosis of sexual dysfunction is essential for AS patients with sexual problems. Therefore, physicians should be aware of the effect of AS on sexual health and it is recommended that special attention is given to all domains of life, not only disease activity and physical function.

The authors acknowledge the authors of the original studies included in the meta-analysis. 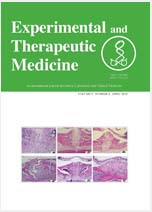