Is it necessary to control the level of estrogen receptor α and β activation in postmenopausal hormone replacement therapy in order to achieve the optimal outcome? (Review)

Endogenous estrogens exert an array of biological actions on women, many of which are mediated by the estrogen receptors (ERs) α and β. Results from our recent studies suggest that the human ERα and ERβ systems are differentially activated under different physiological conditions. In non-pregnant young women, the ERα system is preferentially activated over the ERβ system, mainly by estrone (E1) and its major oxidative metabolite, 2-hydroxy-E1. These two estrogens are among the quantitatively major estrogens present in young women, and have approximately 4-fold preferential activity for ERα over ERβ. During pregnancy, however, there is a preponderance of activation of ERβ over ERα conferred by various pregnancy estrogens such as estriol and other D-ring derivatives of 17β-estradiol (E2). These estrogens have an up to 18-fold preference for binding to ERβ than for ERα, and some of them are produced in unusually large quantities. Given this new information, it is hypothesized that the estrogens ideal for female hormone replacement therapy (HRT) would be those which produce a hormonal condition mirroring that found in non-pregnant young women rather than in pregnant women. Endogenous estrogen derivatives, such as the sulfated conjugates of E1, may be among the ideal candidates for achieving this clinical purpose. In comparison, Premarin, the most commonly-used HRT containing a mixture of conjugated estrogens isolated from pregnant mare's urine, is less suitable because several of its estrogenic components can produce a strong preferential over-stimulation of the human ERβ signaling system. 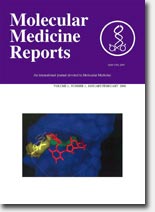