Identification of a neurotrophic sequence in erythropoietin.

Erythropoietin (Epo) is a hematopoietic factor that facilitates erythroid progenitor cell proliferation and differentiation. Recently, trophic effects of Epo have been observed in central cholinergic neurons. We have confirmed the neurotrophic factor activity of Epo and moreover, demonstrated sprouting and signaling by Epo in neural cells. Further, we have identified a 17-mer peptide sequence (epopeptide AB) in Epo (AEHCSLNENITVPDTKV) with activity similar to that of the holoprotein. This peptide induces differentiation and prevents cell death in both murine NS20Y and human SK-N-MC neuroblastoma cell lines. However, epopeptide AB does not promote the proliferation of erythropoietic cell lines or mouse primary spleen cells. The biological activities in neural cells were blocked by the addition of an antibody to the extracellular domain of the Epo receptor, indicating that the bioactive effects of epo-peptide AB in neural cells are Epo receptor mediated. Both epopeptide AB and Epo stimulated phosphorylation of ERKs in PC12 cells. When epopeptide AB or Epo was locally injected into mice, the frequency of motor end plate sprouting in adjacent muscles increased in a manner similar to that induced by CNTF. These findings indicate that neural cells and not hematological cells respond to a peptide sequence within erythropoietin and suggests that Epo may have separate domains for neurotrophic and hematotrophic function. 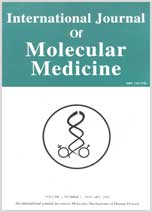