During hepatic fibrogenesis, quiescent hepatic stellate cells (HSCs) undergo phenotypic transformation into activated matrix-producing cells. This process is recapitulated in primary HSCs cultured on plastic. Based on studies in rats, peroxisome proliferator-activated receptor γ (PPARγ) has been suggested to play a key role in the control of HSC activation. Indeed, in rats, PPARγ expression is depleted in activated HSCs. PPARγ ligands inhibit HSC activation and prevent hepatic fibrosis in vivo. Here we evaluated the impact of PPARγ agonists on hepatic fibrogenesis in mice both in vitro and in vivo. Primary HSCs from Balb/C mice were cultured with PPARγ ligands Pioglitazone (PGZ) or 15-deoxy-Δ12,14 prostaglandin J2 (15d-PGJ2). PPARγ mRNA expression was stable during culture-activation of HSCs. However, PPARγ protein was only found in quiescent HSCs but not in fully activated cells. Exposure of HSCs to PPARγ agonists maintained the expression of PPARγ, and transactivated this transcription factor as demonstrated by gelshift assay and by induction of CD36, a PPARγ-regulated gene. However, PPARγ ligands did not alter the induction of Collagen-I mRNA or α-smooth muscle actin (α-SMA) in cultured HSCs. To test the effect of PPARγ agonist PGZ in vivo, hepatic fibrosis was evaluated in Balb/C or C57BL6/J mice treated with CCl4 (three times a week for 4 weeks; or corn oil for controls), and fed a normal or a PGZ-supplemented diet (0.01% wt/wt). PGZ treatment was associated with increased serum adiponectin concentrations but did not decrease the severity of hepatic fibrosis induced by CCl4. Our data demonstrate that, although having anti-fibrotic properties in rats, PPARγ agonists do not prevent activation of HSCs in vitro, nor hepatic fibrogenesis in vivo in mice. 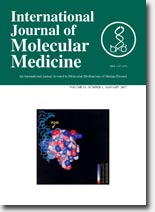