African ethnomedicine is essentially based on the traditional use of vegetal extracts. Since these natural drugs have shown health giving properties, in the present study we increased further the scientific basis supporting these data. We investigated the effects, on murine B16F10 melanoma cells, of plant extracts that were directly obtained by a Cameroon ‘traditional healer’. After a preliminary study on the antioxidant functions of these compounds, already abundant in literature, Moringa oleifera Lam., Eremomastax speciosa (Hochst.) Cufod and Aframomum melegueta K. Schum extracts were individually analyzed. We performed laboratory assessments on these medicinal preparations in order to clearly demonstrate their antineoplastic features. All the treatments caused in tumor cells a great reduction in growth and proliferation rate, cell cycle arrest, increase of p53, p21WAF1/Cip1 and p27Kip1 protein levels and induction of differentiation. These results, on the bioactivity and the biochemical characteristics of African plant extracts, may increase the comprehension of indigenous therapeutic practices and represent the first step for the indivi­duation of new inexpensive and natural drugs able to prevent and contrast cancer onset.

African natives infrequently visit public health services and drugs and therapies are usually too expensive for their standard of living. Therefore, they rely heavily on ethnomedicine and ancient traditions, preserved from the past, in order to cure and prevent their pathologies (1,2). In African communities, medicinal plant identification, processing and administration to patients are commonly consigned to ‘traditional healers’ who receive relative guidelines by their ancestors during the dreams. These folkloric approaches are essentially based on the use of plant extracts directly on wounds or as treatment by oral ingestion (3). Many studies have been performed to ascertain the scientific basis of African plant biological effects. In particular, they have demonstrated how these vegetal compounds were characterized by a great amount of secondary metabolites with antiradical power (4–6). Environmental conditions highly influence the levels and the quality of these compounds that, in nature, are synthesized only by plants, to protect themselves from biotic and abiotic factors or to facilitate their propagation (7). Since in the equatorial and tropical climates, UV exposure and temperatures are extreme, African plant phyto-complexes have been shown to be richer in antioxidant molecules than sub-tropical and temperate ones (8). Alkaloids, tannins, steroids, terpenoids, terpenes, flavonoids, simple phenols, phenolic acids and glycosides have been recognized as the principal metabolites whose powerful molecular activity has made African plant extracts real alternative medicines, especially, on arthritis, flu, diabetes, psoriasis, tuberculosis, ulcers, infections, asthma, hypertension, central nervous system disorders, laryngitis, liver disorders, bronchitis and also cancer (2,9,10). After all, >50% of modern drugs are composed by molecules of vegetal origin because of their inexpensive production costs, high bioactive functions and low toxicity with respect to artificial chemical substances (4). The present study was conducted with the aim to find vegetal substances able to represent efficient and alternative substitutions to the actual tumor chemotherapeutics, reported to have serious side-effects for patients (11). In this study, different plant extracts, normally used in African local tradition as natural drugs, were characterized by their free radical scavenging activity and total phenolic content. The most antioxidant ones were also evaluated for their antiproliferative and differentiative effects on the B16F10 murine melanoma cell line. The knowledge of the medicinal plant properties on biological systems and the individuation of the molecular mechanisms that they can activate are essential aspects for the identification and the development of new drugs as well as to give scientific basis to African medical culture.

African plant materials (Table I) were collected, by an indigenous ‘traditional healers’, in the Cameroon forests (Central Africa) and then dried, under the sun, until they were completely dehydrated. Plant extracts were obtained in the laboratory according to African tradition. Briefly, samples were ground with pestle, mortar and liquid nitrogen and then boiled in bidistilled water (1 mg/ml) for 1 h. Extracts were filtered (0.22 μm) and finally stored at −20°C.

[i] Description of African plant extracts used in this study: scientific name of the source, section of the plant which was extracted and sample contraction name (CODE).

Total phenolic content was assessed by Folin-Ciocalteau assay (12). Briefly, 9 ml of ddH2O and 1 ml of Folin-Ciocalteau reagent (Sigma-Aldrich) were added to 1 ml of each extract. After 5 min, the solution was supplemented with 10 ml of Na2CO3 7% (w/v) and 4 ml of ddH2O, vortexed and incubated at room temperature for 1 h in the dark. Total phenolic concentration was detected by measuring the sample absorbance at 760 nm (UV-visible spectrophotometer Cary 50, Bio Varian), with respect to a caffeic acid calibration curve (20–100 mg/l). Results are expressed as μg of caffeic acid equivalents per mg of dried sample (μg CAE/mg DW).

According to Brand-Williams et al(14), plant extract antioxidant activity was measured by the determination of its scavenging property against the stable free radical 2,2-diphenyl-1-picrylhydrazyl (DPPH, Merck). In brief, the absorbance decrease, at 517 nm, of a 100 μM DPPH methanolic solution was monitored, after 30 min of sample addition. The antiradical effect of the extract is reported as IC50 (sample concentration causing 50% of DPPH activity reduction with respect to the control).

Cells were washed twice in phosphate-buffered saline and fixed for 30 min at 4°C in cold methanol:acetone (4:1) solution. Then, cells have been treated, at room temperature, for 20 min with RNase A (100 μg/μl) and for further 20 min with propidium iodide (1 mg/ml), and analyzed by FACSCalibur instrument (Becton-Dickinson) and the percentage of cells in the different cell cycle phases was measured by CellQuest software.

In vitro L-3,4-dihydroxyphenylalanine (L-DOPA) oxidation by protein extracts was used as direct indicator of cell tyrosinase activity, as previously described (18). In summary, treated and untreated cells were resuspended in 10 ml of lysis buffer (50 mM sodium phosphate buffer pH 6.8, Triton X-100 1% and 0.1 mM phenylmethylsulfonyl fluoride) and frozen at −80°C for 30 min. Then, cell extracts were centrifuged at 12000 rpm for 30 min at 4°C. The supernatant (±8 ml) was mixed with 2 ml of L-DOPA (2 mg/ml) and the absorbance at 492 nm of the solution was monitored, after incubation for 1 h at 37°C, by the UV-visible spectrophotometer, Cary 50 (Bio Varian). Intracellular melanin quantification was measured and performed as suggested by Lotan and Lotan (19). Briefly, cells were harvested and lysed (Tris-HCl 50 mM pH 7.5, EDTA 2 mM, NaCl 150 mM, Triton X-100 1%, protease inhibitor 1%). Then samples were sonicated for 30 sec and centrifuged at 1400 rpm for 5 min. The supernatant was used for sample protein quantization (17). The pellet was washed twice with 1 ml of ethanol:diethyl ether (1:1) and finally resuspended in NH4OH 1 M at 37°C until it was completely dissolved. The melanin amount in the solution was determined by analyzing the absorbance value at 475 nm (UV-visible spectrophotometer Cary 50, Bio Varian). Results are expressed as μg melanin per mg of cell proteins.

All experiments were repeated in triplicate and the relative results are shown as the mean ± standard error of the mean (SEM) of the three independent measurements. Analysis of variance was conducted using one-way ANOVA test with SPSS (ver.19 ita) for Microsoft and the means were compared by Duncan tests. All p-values were <0.05 versus vehicle control-treated cells.

Fourteen African plants (Table I) were processed and subjected to aqueous extraction, as described in Materials and methods. The amount of phenolic compounds was measured in each extract by a spectrophotometric analysis (Fig. 1). ES, MN, MOC, MC and AM samples showed the highest aromatic secondary metabolite contents, respectively, 59.58, 55.83, 39.17, 33.33 and 32.92 μg CAE/mg DW. FRAP and DPPH assays were performed in order to determine the antiradical power of Cameroon plant extracts. The FRAP test (Fig. 2) allowed us to separate samples in three principal clusters, according to their antioxidant activity: the first group (including HC, PJ, EC, MNR, MNF, MNS and AP samples) revealed a radical scavenging property <5 μg AA/mg DW; the second cluster, made up of MC, ZO and MNC specimens, evidenced intermediate values (between 5 and 10 μg AA/mg DW) whilst the best antioxidant extracts (MOC, ES, MN and AM) exhibited a reducing activity >10 μg AA/mg DW. In DPPH assay (Fig. 3), MOC, MC, MN, ES, MNC, MNF and AM extracts were identified as the strongest antiradical solutions. In particular, they respectively, presented an IC50 value of 0.94, 0.80, 0.99, 0.36, 0.77, 0.61 and 0.55 μg extract per ml. In conclusion, in vitro tests showed MN, ES and AM were the most antioxidant samples.

Effects on cell growth and proliferation

B16F10 murine melanoma cells were treated for 24, 48 and 72 h with 2 mg/ml of MN, ES and AM extracts in order to analyze their effects on cell proliferation (Fig. 4). Proliferative tests were also performed with other treatment concentrations but data are not shown in this study because of irrelevance or the excessive effects. Cells incubated for 24 h with African samples did not show significant changes in cell growth, with respect to the control (CNT). On the other hand, treatments with MN, ES and AM for 48 h induced a reduction of cell proliferation, compared to control cells, of ~16, 32 and 39%, respectively. After 72 h of incubation, plant extracts caused the decrease of the number of cells of ~42 (MN), 47 (ES) and 61% (AM), with respect to the control. To determine if natural solutions could be toxic for cells, trypan blue exclusion test was also performed. As reported in Table II, treatments for 24 h did not cause any cell injury: in all cases, toxicity was <2% with respect to control cells. After 48 h, ES and AM solutions still showed slight cytotoxicity (<6%) whilst MN extract was ~12%, compared to control cells. Cells remained highly viable also after 72 h of contact with ES and AM extracts (only ~7% of toxicity was detected); in contrast, MN treatment induced the death of ~22% of cells, with respect to the control. Cell proliferation, after treatment with Cameroon plant extracts for 72 h, was further monitored by MTT assay (Fig. 5). MN, ES and AM treatments produced a decrease of cell growth of 42.7, 50.9 and 39.4%, respectively, compared to control cells.

[i] B16F10 melanoma cell toxicity, revealed by trypan blue exclusion test, after treatment with African plant extracts (MC, ES, AM) for 24, 48 and 72 h. Control cells (CNT) were treated for the same time periods with an equivalent volume of phosphate-buffered saline.

Analysis of the cell cycle and related proteins

In order to verify if the previous reduction of B16F10 cell proliferation was associated with cell cycle modifications, FACS analysis was carried out. After treatment for 72 h with the different African preparations, very contrasting cell cycle profiles were revealed (Fig. 6), compared to the control (CNT). In particular, the amount of apoptotic cells, that was minimal in the control (2.6%), increased after MN treatment (21.2%) with respect to ES and AM, whose sub-G1 events were only 3.8 and 4.9%, respectively. As indicated in Fig. 7, with respect to the control, MN treatment produced an increase in G2/M phase (10.9%), ES solution induced an accumulation of cells (13.4%) between the S and G2/M peaks whilst AM extract clearly caused the arrest of the cell cycle in G1 phase (13.9%). Protein extraction was performed on B16F10 cells and the principal cell cycle regulators were detected by western blotting (Fig. 8). MN, ES and AM solutions enhanced p53 levels 50.8, 28.8 and 40.1%, in this order, with respect to the control. Similarly, p21WAF1/Cip1 content was highly increased following the treatments (>300% of the control). As a final point, p27Kip1 amount was investigated in cell protein extracts: the levels augmented of 29 and 25%, respectively, with ES and AM extracts and, remarkably, of 143% following MN treatment, with respect to control cells.

Differentiative properties of Cameroon plant extracts on B16F10 cell line, were also checked. After treatment for 72 h with MN, ES and AM extracts, with respect to the control, cells evidenced great morphological changes and decrease of cell density. Optical microscope images (Fig. 9) clearly showed how treated cells (especially MN and ES) had developed cytoplasmic dendritic protrusions and acquired a star shape. Melanin amount (Fig. 10) and tyrosinase activity (Fig. 11) were studied in cells after exposure to African preparations for 72 h. With respect to control cells, MN, ES and AM treatments, respectively, increased cellular pigment levels of 33.9, 68 and 59% and enzyme activity of 1.6-, 2.2- and 2.1-fold. In addition, MITF protein was detected in MN, ES and AM protein samples: respectively, western blot analysis revealed an increase of the transcription factor 1.6-, 1.8- and 1.9-fold, compared to control cells, as shown in Fig. 12). 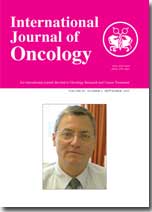