Polymethoxylated flavones (PMFs), which are compounds characteristic of citrus plants, possess a wide range of biological properties, particularly affecting glucose and lipid metabolism. However, the mechanism underlying the antidiabetic activity of PMFs has not been fully elucidated. In this study, we aimed to investigate the potential effect of PMFs on the biosynthesis and secretion of insulin, which are crucial in diabetes. We investigated whether PMFs are able to induce insulin secretion by pancreatic β-cells and observed that different concentrations (12.5, 25, 37.5 and 50 µg/ml) of PMFs exerted no effect on insulin synthesis and secretion in INS-1 cells, regardless of the glucose levels. To the best of our knowledge, this is the first study to demonstrate that the regulation of glucose and lipid metabolism by PMFs is not mediated by directly affecting insulin synthesis or secretion. Therefore, further studies are required to elucidate the role of PMFs in diabetes.

Citrus plants are rich sources of health-promoting substances (1) and contain several different types of flavonoid constituents. Recently, these flavonoids have attracted considerable scientific interest due to their therapeutic properties. Some of these compounds, such as hesperidin, naringin and polymethoxylated flavones (PMFs), are characteristic of citrus plants, whereas others, such as rutin and quercetin, are commonly encountered in the plant kingdom (2). Among these compounds, PMFs are of particular interest, due to their extensive biological activities, including anticancer, anti-inflammatory, antioxidant, antimutagenic and antimicrobial activities (3–9). The composition of PMFs may differ significantly among different citrus species. The interest on the biological activities of PMFs is currently focused on the main components, nobiletin and tangeretin. Nobiletin was found to suppress the DNA-binding activity of NF-κB and the production of ROS in lipopolysaccharide-activated RAW 264.7 cells (10), whereas it was also found to posses anticancer and antiproliferative properties (11,12). In comparison, tangeretin inhibits interleukin-1-β-induced cyclooxygenase-2 expression (13) and it also inhibits the activity of cyclin-dependent kinases 2 and 4, subsequently inducing a cell cycle arrest in G1 (14). Given their biological properties, a rapid, large-scale procedure for separating PMFs may be of great value (15,16). It was previously demonstrated that Citrus sunki Hort. ex Tanaka is a rich source of PMFs (17).

PMFs were shown to possess antiatherosclerotic activity, inhibiting the formation of atheroma in several steps during its pathogenesis (18). PMFs also play important roles in lipid metabolism. However, there is currently no evidence of a direct involvement of these compounds in diabetes. In this study, we investigated the potential role of PMFs in insulin secretion by rat pancreatic cells.

Extraction and purification of PMFs

For the measurement of cell doubling time, the INS-1 cells were harvested by trypsinization and seeded into normal 96-well dishes (2.5×105/well). The optical density at 490 nm was detected at the indicated times by the VersaMax microplate reader (Molecular Devices, Sunnyvale, CA, USA).

The INS-1 cells (2.5×104/well) were seeded into 96-well plates. The medium was changed after 40–50% confluence was reached. The cells were incubated with fresh medium containing different concentrations of PMFs (0, 12.5, 25, 50, 60, 70, 80 and 90 μg/ml) for 72 h and the medium was changed every 24 h. The control cells were treated with DMSO for the same time. After 72 h, cell viability was assessed using the MTT method as previously described (21). Briefly, the cells were pulsed with 20 μl of a 5-mg/ml MTT stock in PBS and incubated for 4 h, after which time 150 μl of DMSO was added. The plates were then placed on a shaker for 10 min and absorption was read on a VICTOR 3 multilabel plate reader (Perkin-Elmer, Turku, Finland) using a test wavelength of 490 nm. Test reagents (DMSO) alone were added to the medium to provide a blank.

The INS-1 cells (2.5×104/well) were seeded into 24-well plates. After cell confluence reached 60–70%, the medium was removed and the cells were treated with Krebs-Ringer bicarbonate buffer (KRB; 129 mmol/l NaCl, 5 mmol/l NaHCO3, 4.8 mmol/l KCl, 1.2 mmol/l KH2PO4, 1.2 mmol/l MgSO4·7H2O and 2.5 mmol/l CaCl2) without glucose for 60 min to ensure that the cells were in a non-glucose metabolic state. Subsequently, KRB was removed and the cells were incubated with fresh KRB containing different concentrations of glucose (3, 11 and 20 mmol/l) and PMFs (12.5, 25, 37.5 and 50 μg/ml) for 60 min. After the 60-min incubation, the supernatants were collected for insulin measurement by ELISA, according to the manufacturer’s instructions.

The cells were lysed with TRIzol and RNA was extracted with the RNeasy mini kit (Qiagen, Hilden, Germany), according to the manufacturer’s instructions. The RNA samples were treated with DNase and used for RT-PCR according to the manufacturer’s instructions. The sequences of the primers used were as follows: β-actin: sense, 5′-AGAAGGATTCCTATGTGGGCG-3′ and antisense, 5′-CATGTCGTCCCAGTTGGTGAC-3′; insulin: sense, 5′-CAGCTCCACACTCCAGGTAC-3′ and antisense, 5′-CTTTCGCTGGGCTCTGAAGG-3′; pancreatic and duodenal homeobox 1 (PDX1): sense, 5′-ATGAATAGTGAG GAGCAGTACTACG-3′ and antisense, 5′-CCGGGGTTC CTGCGGTC-3′. For relative quantification, we calculated the n-fold differential expression with the ΔCt method (Ct, threshold cycle of PCR amplification at which the product is first detected by fluorescence), which compares the amount of target gene amplified normalized to the β-actin endogenous reference. The sizes of the amplified products were measured by electrophoresis on 1.5% agarose gels and visualized by ethidium bromide staining (22).

The results are expressed as the means ± standard deviation. One-way analysis of variance (ANOVA) and the Student’s t-test were performed using SPSS software for Windows, version 12.0, 2003 (SPSS Inc., Chicago, IL, USA). P<0.05 was considered to indicate a statistically significant difference. All the assays were performed in triplicate.

In this study, PMFs were extracted from dried tangerine peel with ethyl acetate at room temperature and the extract was analyzed by HPLC (Fig. 1). PMF crystals (1.05 g) were extracted from 1 kg dried tangerine peel and the content of PMFs was 83.9%, according to the peak area regression method. These compounds were used for the subsequent experiments.

To ensure that the INS-1 cells were in an optimal state for the subsequent experiments, the cell doubling time was determined using a test wavelength of 490 nm. As shown in Fig. 2, the growth of the cells followed an exponential trend between 48 and 144 h. After culture for 120 h, the cell proliferation rate decreased. The confluence reached 70–80% after 6 h in culture and did not increase any further. These preliminary tests formed the basis for the subsequent experiments.

To investigate the cytotoxic effect of PMFs on INS-1 cells, the cell viability under treatment with different concentrations of PMFs was measured with the MTT assay. The cells were incubated with different concentrations of PMFs for 72 h. As shown in Table I, following a 72-h incubation, no cytotoxicity was observed in the 0–70 μg/ml concentration range compared to the DMSO-treated group (P>0.05). However, when INS-1 cells were treated with PMF concentrations of ≥80 μg/ml, a cytotoxic effect was observed after 12 h of incubation. Morphological changes, such as cell shrinkage and condensation, were observed. After 24 h of incubation, there were more cells in suspension and the number of suspended cells increased at later times. Significant differences were observed (P<0.05).

a P<0.05, significant difference compared to the control group;

PMFs exert no effect on insulin secretion by INS-1 cells

PMFs do not induce insulin or PDX1 mRNA expression

Subsequently, we investigated whether PMFs affect the expression of insulin mRNA using RT-PCR. The INS-1 cells were treated with 25 μg/ml PMFs and were collected at indicated times for RNA isolation and RT-PCR. As shown in Fig. 4A and B, the incubation with PMFs exerted no significant effect on insulin mRNA expression in the INS-1 cells compared to that in the control cells (P>0.05).

We also analyzed the mRNA levels of PDX1, which is an insulin secretion-stimulating factor. Following incubation with 25 μg/ml PMFs for different time periods (Fig. 4C and D), the PDX1 mRNA levels were not found to be significantly altered compared to those in the control group (P>0.05).

In the present study, PMFs were extracted from dried Pericarpium Citri Reticulatae and used to treat INS-1 cells. The insulin mRNA and protein levels and the PDX1 mRNA levels were determined and PMFs were not shown to induce insulin secretion or mRNA expression. We also observed that the PDX1 levels were not significant altered with PMF treatment. To the best of our knowledge, this study is the first to provide evidence that the antidiabetic properties of PMFs are not mediated through the induction of insulin and PDX1 expression in pancreatic β-cells.

PMFs are the characteristic flavones of tangerine and are of particular interest due to their anticancer, anti-inflammatory, antioxidant, antimutagenic and antimicrobial properties (1,11,23). The almost flat molecular structure and slightly polar nature enable PMFs to readily enter cells and perform their functions. Our results demonstrated no cytotoxic effect exerted by PMFs in the concentration range of 0–70 μg/ml, suggesting that PMFs may be used as dietary supplements for the prevention and treatment of diabetes.

The secretion of insulin by pancreatic β-cells is characterized by two phases. In the first phase, pancreatic β-cells are stimulated by glucose or other inducers and the resulting increase in the ATP/ADP ratio closes the ATP-sensitive potassium KATP channel, causing plasma membrane depolarization, influx of Ca2+ and, finally, insulin secretion (24,25). In another signaling pathway, neurotransmitters and hormones stimulate G-protein coupled receptors, regulating the level of intracellular secondary messengers, such as inositol triphosphate, diacylglycerol and Ca2+, which in turn regulate insulin secretion through protein kinases A and C. These pathways regulate glucose and lipid metabolism in pancreatic β-cells by stimulating exocytosis and insulin secretion from these vesicles (26). During the second phase of insulin secretion, pancreatic β-cells increase insulin expression through specific signal transduction pathways. In this study, the effect of PMFs on the two phases of insulin secretion was investigated. To the best of our knowledge, our results were the first to demonstrate that PMFs do not induce insulin secretion through affecting the exocytosis of pancreatic cells, either directly or indirectly. In addition, PMFs were shown to exert no significant effect on the expression of PDX1, which is the main regulator of insulin expression. The antidiabetic properties of PMFs may lie with their potential effect on peripheral tissue cells, increasing their sensitivity to insulin. In addition, PMFs may also affect the glucose and lipid metabolism of liver and other tissues. The elucidation of the pathways through which PMFs exert their antidiabetic effects requires further investigation.

In conclusion, this study adds to our understanding of the antidiabetic properties of PMFs, which were found to be unrelated to insulin expression and secretion by pancreatic β-cells. 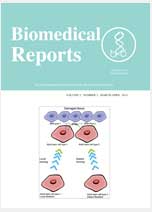