Pituitary adenomas are one of the most common benign intracranial tumors, which are normally treated with surgery along with radiation therapy and medication such as dopamine agonist in prolactinoma. The aim of the present study was to evaluate the outcome of patients with pituitary macroadenoma who underwent radiation therapy. For the present retrospective study, a total of 75 patients with pituitary macroadenoma who received radiation therapy were included. Data was acquired from the electronic medical record system of the hospital. Mean ± standard deviation of the quantitative variables, such as age and sizes of the tumors, were reported. In addition, frequencies and percentages were presented for all categorical variables. To compare the frequency distribution in radiation therapy characteristics between functional and non‑functional tumors, the χ2 test or Fisher's exact test was applied, where appropriate. Kaplan‑Meier survival curve was drawn to assess the progression free survival proportion. P≤0.05 was considered to indicate a statistically significant difference. In the present study, all patients (n=75) with pituitary macroadenoma were treated with radiation therapy (RT). The mean age was 38.55±1.36 years and the majority of the patients were male (43; 57.3%). The mean tumor size was 3.84±1.43 cm. In total, 66.7% were non‑functional tumors whereas 33.3% were functional tumors that produce hormones in excess [growth hormone (72%), prolactin (16%), both growth hormone and prolactin (8%) and adrenocorticotropic hormone (4%)]. The overall outcome was revealed to be 92% achieving local tumor control and 28% achieving biochemical control. Hypopituitarism (38.7%) and visual acuity deterioration (9.3%) were the most common complications observed following RT. The overall progression‑free survival at 2 years was 92%. In conclusion, the data of the present study suggested that local tumor control in non‑functional and functional pituitary macroadenoma can be well managed with RT. However, biochemical control to normalize hormones overproduction in functional pituitary macroadenoma was not as effective as local tumor control.

Pituitary adenoma (PA) is a space-occupying tumor that typically arises from the anterior pituitary gland and comprises ~15% of all primary intracranial tumors (1). Although the majority of PA cases are benign, they can occasionally be either invasive, inoperable or non-responsive (2). PA has the potential of causing serious complications long-term due to its compressive effect on the local cranial structure. In addition, functional PA tumors cause hormone hypersecretion, which can have serious clinical implications if left untreated (3). Complications associated with compression and hormonal hypersecretion include blindness, diabetes insipidus, pituitary hormonal deficiency, Cushing syndrome, acromegaly, secondary hyperthyroidism and infertility (4). Recent epidemiological data showed a markedly increasing trend in the prevalence of PA (5). This may be due to recent advancements in diagnostic modalities and incidental finding during imaging (6). PA can be categorized using a number of methods, namely based on size [micro (<1 cm) or macro (>1 cm)] and functionality (secretory or non-secretory) (7).

Several therapeutic options [medical, surgical and radiation therapy (RT)] are available for treating PA (8). However, the type of therapeutic intervention used depends on the size and functional status of the tumor (9). Except prolactinoma which is treated medically with dopamine agonist (cabergoline, bromocriptine), surgical intervention is normally the treatment of choice for all PA (10). In addition, tumor recurrence frequently occurs even after surgery as complete resection is difficult to achieve due to its invasion in local structures such as cavernous sinus, nasopharynx and orbital extension (11,12). Therefore, RT is now being proposed as a viable therapeutic option for postoperative remnant growth or tumor recurrence (13). Conventionally, RT is delivered in multiple fractions with high radiation exposure (45-50, 1.8-2 Gy per fraction) to the PA tumors (14). RT has demonstrated potency in inhibiting PA tumor growth (15). However, RT is also associated with a number of serious side effects, such as hypopituitarism, optic nerve neuropathy, occasionally cerebrovascular events and even second primary brain tumors (15,16).

Therefore, the aim of the present retrospective study was to evaluate the rate of tumor control and the incidence of RT side effects in patients with pituitary macroadenomas.

The medical records of all patients with PA who received RT between January 2005 and November 2019 were reviewed. Patient demographics, in addition to their diagnosis, type of adenoma, size of tumor, pituitary hormonal profile, presence of hypopituitarism, medical treatment for prolactinoma, initial treatment provided, type or surgery performed, re-surgery, total dose of RT, fraction dose of RT, fractions given, indication for radiation therapy, outcome of RT, biochemical outcome, visual acuity status, complications and final outcome of RT, were all collected from the medical records of patients present in the hospital electronic medical record system. Adult patients with PA (functional or non-functional) who received RT for relapse, recurrence or irresectable disease, and post RT follow up of at least 1 year or more with required set of investigations (pituitary magnetic resonance imaging and pituitary hormonal profile) were included. Patient who lost follow up or had incomplete follow up investigations were excluded.

Statistical analysis was performed using the SPSS software (version 20.0; IBM Corp.). Continuous variables were presented as the mean ± standard deviation whereas categorical variables were presented as frequencies and percentages. To compare the frequency distribution in the RT characteristics between functional and non-functional tumors, the chi-squared (χ2) test or Fisher's exact test (where appropriate) was applied. The response to RT was considered complete if PA totally resolved, partial if decreased in size or stable if not increased in size on follow up. Normalization of excess hormonal production in functional PA after RT was considered biochemical remission. Kaplan-Meier survival curve was drawn to assess the progression free survival proportion. P≤0.05 was considered to indicate a statistically significant difference.

A total of 75 PA patients who fulfilled criteria were included in this retrospective analysis. The mean age was 38.55±1.36 years. In addition, there were 43 males (57.3%) and 32 were females (42.7%). Of the 75 patients in the present study, 50 (66.7%) were diagnosed with non-functioning and 25 (33.3%) were suffering from functioning tumors. Of the 25 functioning tumors observed, 18 (72%) were growth hormone (GH)-secreting, 4 (16%) were prolactin-secreting, 1 (4%) was adrenocorticotrophic hormone-secreting and 2 (8%) were found to be secreting both GH and prolactin. Furthermore, 42 (56%) patients were found to exhibit hypopituitarism before RT. The baseline patient characteristics are shown in Table I.

Of the 75 patients, 59 (78.7%) received surgery 33 transcranial and 26 transsphenoidal approach) before RT. In total, 10 (13.3%) patients received RT as the initial mode of treatment, whilst 6 (8%) patients (4 were prolactin-secreting and 2 were co-secreting prolactin and GH) were initially managed with dopamine agonist medical therapy before being treated with RT due to resistance to medical therapy and not being eligible for surgery due to age and comorbidities. All 75 patients received external beam RT (EBRT). Specifically, the three-dimensional conformal RT technique was used in all patients (two laterals and one low-weighted vertex field). The majority of patients (45; 60%) received RT radiation doses in the range of 5041-5400 cGy. Furthermore, 61 patients (81.3%) received a dose of 180 cGy for each fraction. The total RT radiation dose and dose per fraction delivered for patients with functional and non-functional tumors are shown in Table II.

Several complications were observed after RT in the present study (Table III). Out of the 75 patients included, pan-hypopituitarism was the most commonly observed complication, with 29 patients being recorded (38.7%). Other complications include worsening of visual acuity [7 patients, (9.3%)], optic neuropathy [2 patients, (2.7%)], brain atrophy [4 patients, (5.3%)], fits [3 patients, (4%)] and diabetes insipidus [1 patient, (1.3%)].

Out of the 75 patients, 36 (48%) remained stable (mean follow-up, 74±38 months), whereas tumor progression was observed in 6 (8%) patients (mean follow-up, 11±6 months). In total, 32 (42.7%) presented with partial response (mean follow-up, 85±33 months) and 1 (1.3%) patient showed a complete response (follow-up, 116 months). Overall, the local tumor control was observed in 92% of patients at 6.68 years median follow up. A total of 2 (2.7%) patients succumbed to complications associated with this disease. The specific causes of death were pulmonary embolism and severe pneumonia. There was no difference in the frequency distribution of the treatment outcomes between functional and non-functional tumors (P=0.688; Table IV). Additionally, of the 25 patients with functional tumors, 18 (72%) failed to control the biochemical excess, whilst remission was observed in 7 (28%) patients after RT. The median hormonal excess correction time was 69 months after RT (range, 24-112). The overall progression-free survival at 2 years was 92% (Fig. 1).

Pituitary macroadenoma is not acquiescent to complete resection due to its invasive characteristics in the local structure (12,17). Therefore, the majority of patients with incompletely resected tumors are recommended for RT (18). The aim of the present study was to examine the efficacy and toxicity of RT for pituitary macroadenoma. This was achieved by studying the degree of local tumor control, hormonal control rate and complications following RT.

All patients included in the present study had pituitary macroadenoma. Specifically, 59 patients (78.7%) needed RT post-surgery for recurrent/residual tumors, whilst 16 patients (21.3%) received RT without surgery either due to being unresponsive to medical therapy dopamine agonist in case of prolactin secreting PA or not fit for surgery due to comorbidities in case of non-functional PA. Furthermore, local tumor control was achieved in the majority of patients (92% at 6.68 years median follow up) with both functional and nonfunctional tumors. These results are consistent with those previously reported by Langsenlehner et al (19), where the overall local tumor control rate for both functional and non-functional tumors was 95.4% after 15 years.

The effectiveness of RT has been frequently reported to alleviate pathological hormone hypersecretion (19). In the present study, normalization of increased hormone levels after RT was attained in 7 (28%) patients. By contrast, the biochemical remission rate achieved in the present study was lower compared with that reported in previous studies (20,21). This may be due to the shorter median follow up time of 6.68 years. Additionally, the lack of anti-hormonal medication after RT due to financial constraints may be another underlying cause. It has been previously found that for patients undergoing conventional external RT the time required for the raised hormone levels to return to normal is relatively long (median follow up of 5-8 years), thereby necessitating additional antihormonal therapy (20,22).

With regards to toxicity, the most frequently encountered late complication following RT in patients with pituitary macroadenoma is hypopituitarism (23). Pan-hypopituitarism following RT is a gradual process (24). In the present study, panhypopituitarism following RT was observed in 29 (38.7%) patients. These results are in accordance with those previously reported (20,23,25). Only 7 (9.3%) patients developed visual acuity deterioration, which is consistent with the data reported by Wilson et al (26). Furthermore, other complications, such as optic neuropathy, stroke, diabetes insipidus, brain atrophy, cognitive decline and fits, were also observed. Therefore, these data suggested that RT is a relatively safe modality. However, the risk of these complications, except for hypopituitarism, can be reduced further with development of novel stereotactic RT techniques, including stereotactic radiosurgery and fractionated stereotactic RT (15,27). This is because they can deliver high doses of RT to the tumor more precisely with lesser exposure to the adjacent structures (14,26). The present study has the limitation of only assessing complications associated with EBRT, since stereotactic RT was not available in the Centre in the present study.

To conclude, data from the present study showed that local tumor control in non-functional and functional pituitary macroadenoma can be managed well with RT. However, the biochemical control in functional pituitary macroadenoma was not as effective as local tumor control. To optimize the outcome in biochemical control, other treatment modalities may be considered alongside RT.

The institutional review board (approval no. EX-03-07-20-01) of Shaukat Khanum Memorial Cancer Hospital and Research Centre (Lahore, Pakistan) has approved the present study. Shaukat Khanum Memorial Cancer Hospital and Research Centre also allowed the waiving of informed consent for the present study due to the retrospective nature that does not involve direct contact with the patients. The clinical information already existed in the hospital records. Private information of the human subjects was recorded without any identifiers and the resulting research dataset is completely anonymous (i.e., the dataset cannot be linked back to the individuals). 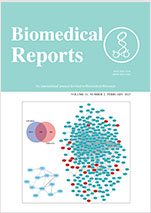