Conjunctival epithelial hyperplasia in a patient with a nodular lesion in the palpebral conjunctiva: A case report

An 86-year-old man consulted with an ophthalmologist for a 6-month-old nodular lesion on his left eye. Although the nodular lesion had not grown during these 6 months, he started feeling uncomfortable due to an increase in discharge from the eye and blurring of vision. There were no other changes, such as failing vision or limited eye movement. His past medical history and family history were unremarkable. He had no allergies, did not smoke and did not drink alcohol. The visual acuities [normal >1.0(6)] of the right and left eye were 0.8 and 1.2, respectively, indicating a mild decline in the acuity of the right eye. Both intraocular pressures were 14 mmHg, which falls within the normal range [10-21 mmHg (7)]. Laboratory tests showed no abnormalities, except for C-reactive protein (CRP) level, which was 0.15 mg/dl [0.00-0.14 mg/dl (8)]. Located in the medial aspect of the left lower palpebral conjunctiva, the lesion was slightly erythematous and smooth (Fig. 1, black arrowhead). Although CRP level was slightly elevated, based on the nodularity of the lesion, hyperplasia rather than inflammation was a more probable differential diagnosis. An excisional biopsy of the lesion was performed to obtain a pathological diagnosis.

Hyperplastic changes were detected in the cells comprising the nodular lesion of the conjunctival epithelium. IHC analysis was also performed. Ohashi et al (3) reported conjunctival mucoepithelial hyperplasia amongst the elderly. These cases were characterized by goblet cell hyperplasia with nonspecific chronic inflammation that mimicked neoplastic lesions. In the present case, hyperplasia was observed not only in the goblet cells but also in epithelial and basal cells of the nodule. These findings led to the diagnosis of conjunctival epithelial hyperplasia as a pathological entity, which is a diagnosis that has not been sufficiently established yet.

As they are amongst the differential diagnoses for the described lesion, CSIN and squamous cell papilloma of the conjunctiva had to be ruled out. CSIN represents the in situ precursor lesion of squamous cell carcinoma, which shows acanthosis with loss of goblet cells, atypical keratinocytes and suprabasilar mitotic figures. Immunophenotype of CSIN is AE1/AE3 positive, but shows low expression of CK7. Usually, expression of p53 and Ki-67 is increased and appear in suprabasilar cells (4). In this described lesion, loss of goblet cells, atypia, increased mitosis, decreased CK7 expression and a broad distribution of Ki-67-positive cells were absent. Additionally, expression of p53 was not increased, indicating wild-type pattern (data not shown). Based on this data, CSIN was excluded. Squamous cell papilloma of the conjunctiva is a benign lesion caused by HPV and is typically an exophytic growth with papillary proliferation of stratified squamous epithelium. Koilocytosis (nuclear pyknosis and cytoplasmic clearing) is a morphological hallmark of HPV infection (5). This lesion showed neither papillomatous architecture nor koilocytosis, and squamous cell papilloma was ruled out.

Based on previous literature, the presence of basal cells in the conjunctiva has received insufficient recognition. The presence of p63, which is expressed in the basal epithelia of multiple organs (13), was evaluated in the intact conjunctiva. As shown in Fig. 2, the basal and parabasal layers positively stained for p63. Ramalho et al (14) assessed the relationship between p63 and p16 expression in primary and recurrent pterygia and showed p63 positivity in the basal layer of the normal conjunctiva. The results of the present case support the findings of Ramalho et al (14), indicating the presence of basal cells as well as respiratory epithelium (15).

In conclusion, the results of this investigation suggest that ‘conjunctival epithelial hyperplasia’ should be considered a pathological entity and indicate the presence of basal cells in the conjunctiva. Further collection and analysis of other cases of conjunctival epithelial hyperplasia can help elucidate its characteristics, including prognostic data such as the recurrence rate, and help in the development of prevention methods and therapeutic drugs for this lesion.

The authors would like to thank Research Scientist Yusuke Onishi (Department of Pathology, Faculty of Medicine, Osaka Medical and Pharmaceutical University, Osaka, Japan) for technical support with the IHC analyses.

Our institute does not require an approval for a case report based on Ethical Guidelines for Medical and Health Research Involving Human Subjects from the Japanese Ministry of Health, Labour and Welfare. The patient provided written informed consent. 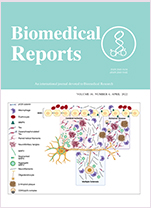