The long-term safety of acid blockers is a relatively recent concern for general practitioners as well as gastroenterologists. Vonoprazan (VPZ), a potassium-competitive acid blocker, was made available in 2015 and has a stronger acid-suppressing effect than proton pump inhibitors (PPI) (1). VPZ is widely used in Japan for the long-term treatment of gastroesophageal reflux disease as well as Helicobacter pylori (H. pylori) eradication therapy. We previously reported the long-term effects of PPI and VPZ on gastric morphological changes including fundic gland polyps, gastric hyperplastic polyps, multiple white and flat elevated lesions, and cobblestone-like gastric mucosa (2). Recently, a new morphological change referred to as ‘stardust gastric mucosa’ was reported, which is strongly related to long-term VPZ therapy (3).

In 2020, Kubo et al (4) reported a novel lesion which they termed ‘gastric mucosal redness’ in patients undergoing VPZ therapy in a case series. Gastric mucosal redness was characterized by linear or spotty red areas along the greater curvature of the gastric body. The pathology was characterized by inflammatory cell infiltration, oxyntic gland dilatation, and parietal cell protrusion (5). However, the prevalence of this finding and its association with acid blockers were not reported. The aim of the present study was to investigate the prevalence and risk factors for the development of gastric mucosal redness.

This study was a retrospective observational study based on the medical records and endoscopic reports of patients who underwent esophagogastroduodenoscopy (EGD). Patients who underwent EGD at the Shinozaki Medical Clinic (Utsunomiya, Tochigi, Japan) between December 2020 and November 2021 were included. The medications taken by each patient were verified before EGD by checking the personal ‘medicine notebook’ issued by the Japan Pharmaceutical Association and scrupulously maintained by each patient that documents all prescriptions regardless of the medical facility that prescribed it. When multiple EGDs were performed on one patient during the study period, only the first EGD was included. At least 1-year of continuous administration of VPZ, PPI, and H2RA was confirmed using the medicine notebook. Patients with current H. pylori infection status (n=58), acid suppression therapy for <1-year despite being currently treated with acid-suppressing drugs (n=41), previous esophageal or gastric surgery (n=27), and gastric residue (n=7) were excluded. Consequently, 1,101 patients were finally enrolled. We retrospectively reviewed their medical records and abstracted all pertinent information regarding acid blockers including H2RA, PPI, and VPZ. The present study was approved by the Institutional Review Board of the Shinozaki Medical Clinic (approval no. ID#31-R001). The need for written informed consent was waived due to the retrospective design of the study.

All EGDs were performed by the first author and recorded on video. In the case of unclear findings or lack of data, the video was immediately checked. An ultrathin endoscope (EG-L580NW7, Fujifilm Corporation) was used and endoscopic observation was performed using linked color imaging throughout the procedure (6). The standard endoscopic report included the grade of gastric atrophy classified by the Kimura-Takemoto system (7), the presence/absence of fundic gland polyps, gastric hyperplastic polyps, multiple white and flat elevated lesions (8), cobblestone-like mucosa (9), stardust gastric mucosa (3) and gastric mucosal redness (4) as compulsory items. ‘Gastric mucosal redness’ was defined as multiple spotty and/or linear areas of redness along the greater curvature of the gastric body or fundus in H. pylori-negative individuals (Figs. 1 and 2). The first author assessed these compulsory items during EGD and completed the standardized endoscopic report form just after finishing the EGD. The H. pylori infection status was evaluated by serum IgG, 13C-urea breath test, and/or a stool antigen test. H. pylori eradication history was confirmed by an interview with the patients and/or review of the medical record.

The frequency of gastric mucosal changes was compared among the four groups in this study using a χ2 test. Univariate analysis was performed using a logistic regression model. To diminish the influence of confounding factors, multivariate logistic regression analysis was used. Factors for multivariate analysis were selected based on clinical significance. To compare continuous data between two groups, a Student's t-test was used. Statflex version 7.0 software (Artech Co. Ltd.) was used for all statistical analyses. P<0.05 was considered to indicate a statistically significant difference.

Baseline characteristics and endoscopic findings of the recruited cohort.

Presence of gastric mucosal redness before starting PPI or VPZ

Prevalence of gastric mucosal redness and duration of treatment with VPZ

Few studies are available regarding the development of gastric mucosal redness secondary to the use of acid blockers and its pathogenesis is unknown (4,5). The endoscopic characteristics have been described in a previous study (4) and included spotty and linear areas of redness along the greater curvature in the gastric body, which is consistent with the endoscopic images shown in the present study. Endoscopic images from the previous study and the present study show hypertrophic and bump-like gastric mucosa accompanying gastric mucosal redness. Laser endoscopic imaging systems allow clearer visualization of vascular and structural patterns on the mucosal surface at a near view than white light imaging (6). In the present study, linked color imaging showed that slightly dilated vessels surrounded white marginal crypt epithelium diffusely and equally on the mucosal surface, which corresponded to the fine network pattern visualized in the magnified imaging. These endoscopic findings were similar in patients with gastric mucosal redness regardless of the acid blocker prescribed. Pathological findings in the present study showed not only oxyntic gland dilation with parietal cell protrusions, but also congestion and dilated vessels underneath the surface epithelium in the intervening portion (Fig. 2). These endoscopic and pathological findings suggested that increased intramucosal blood perfusion may be the cause of mucosal redness. Kubo et al (4) first reported the pathological characteristics as ‘inflammatory cell infiltration’ and the disappearance of these inflammatory changes after discontinuation of VPZ without changes in parietal cell protrusions. In the present study, the presence of gastric hyperplastic polyps had a weak association with gastric mucosal redness. Gastric hyperplastic polyps are generally caused by excessive proliferation of foveolar cells due to longstanding inflammation. We suggest that increased intramucosal perfusion due to sustained inflammation results in gastric mucosal redness and hyperplastic polyp formation. We previously reported an association of gastric hyperplastic polyps with PPI/VPZ use (2). Further studies are necessary to clarify why acid blockers lead to persistent inflammation and increased perfusion in a limited population of patients.

There are some limitations to this study. First, this is a retrospective observational study, but gastric mucosal redness was managed as a compulsory item in the endoscopic report and all EGD procedures were recorded on video. Second, the data after cessation of PPI/VPZ were not assessed. It is hypothesized that the development of gastric mucosal redness does not necessitate cessation of PPI/VPZ unless it is considered to be a source of hemorrhage. This mucosal finding may be a phenotype of persistent inflammatory changes and increased intramucosal blood flow with hyperplastic glands, but not neoplastic changes. Third, the diagnosis of gastric mucosal redness was determined only based on endoscopic findings without pathological evaluation. Gastric mucosal redness may be similar to diffuse redness caused by a current H. pylori infection, but the present study excluded patients with current H. pylori infections. Fourth, gastric mucosal redness is not always a PPI/VPZ-specific change. This mucosal change was identified in the control group, although the frequency was significantly higher in PPI/VPZ groups. Fifth, the H2RA group (n=65) may not have sufficient power to evaluate differences among these groups.

The present study was approved by the Institutional Review Board of the Shinozaki Medical Clinic (approval no. ID#31-R001). The need for written informed consent was waived due to the retrospective design of the study. 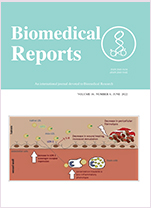