Lumbar degenerative spondylolisthesis (LDS) is a common degenerative disease that particularly affects the elderly. LDS can occur in any segment of the spine but is most commonly found in the L4/L5 segment. In the present study, a quantitative study of lumbar MRI measurements was conducted to identify predisposing factors indicative of spinal instability in patients with L4/L5 LDS. In total, 81 patients [58 patients in the stable group (SG) and 23 patients in the unstable group (UG)] who were diagnosed with L4/L5 LDS on X‑ray and MRI between January 2021 and January 2022 were included in this study. Disk height, disk signal intensity on T1‑weighted (T1W) and T2‑weighted (T2W) images, facet joint fluid thickness, and ligamentum flavum thickness were measured on MRI, and the differences in these parameters between the two groups were evaluated. The receiver operating characteristic curve was generated, and the area under the curve (AUC), cut‑off value, sensitivity (Se), specificity (Sp), positive predictive value (PPV), and negative predictive value (NPV) were calculated for parameters found to be significantly different between the two groups. The facet joint fluid was significantly thicker in the UG than in the SG (P<0.01), and a cut‑off value of 1.45 mm was found to have an AUC of 0.77 and an SE, SP, PPV, and NPV of 73.9, 67.2, 69.3, and 69.77%, respectively. No significant differences were identified between the two groups for mean disk height, ligamentum flavum thickness, or disk signal intensity on T1W or T2W images. The facet joint fluid thickness on axial T2W images may represent a useful predictor of spinal instability in patients with LDS. Therefore, spinal instability should be assessed, and additional evaluation methods, such as standing lateral flexion‑extension radiographs, should be performed when facet fluid is detected on lumbar MRI.

Lumbar degenerative spondylolisthesis (LDS) is defined as the excessive displacement of one vertebral body relative to another due to degenerative changes in spinal support structures, such as disks, ligaments, and facet joints (1-3). LDS can occur in any segment of the spine but is most commonly found in the L4/L5 segment, which may be due to the large range of flexion-extension motion that involves this segment (3,4). Lumbar instability refers to any abnormal movements of the spine beyond its normal range. Mechanical instability due to spinal degeneration can cause clinical symptoms, such as back pain or nerve compression, presenting as leg pain, leg weakness, and cauda equina syndrome (1,5,6). When clinical symptoms worsen, surgical treatments should be considered. Early and accurate diagnosis can promote the initiation of appropriate treatment strategies and improve clinical outcomes in this patient population. The treatment strategies include surgery with decompression or decompression with fusion and conservative treatment (7,8). Standing lateral flexion-extension (SLFE) radiographs are used as the gold standard for diagnosing spinal instability (1,2,5). Previously, several studies have reported that disk degeneration and signs of facet joint effusion detected on T2-weighted (T2W) MRI can be indicators of potential lumbar spine instability (8,9). However, qualitative MRI evaluations are highly dependent on the subjective judgments of the radiologist. In this study, quantitative value assessments including disk height, facet fluid thickness, ligamentum flavum thickness, and disk signal intensity on T1-weighted (T1W) and T2W MRI were assessed to identify potential factors and their efficacy in the diagnosis of unstable L4/L5 degenerative spondylolisthesis.

A retrospective study was conducted on 81 patients (age range, 39 to 85 years old, median age, 59 years old) diagnosed with L4/L5 LDS based on X-ray and MRI evaluations at the Viet Duc Hospital between January 2021 and January 2022. The patients were divided into 2 groups, the stable group (SG) which included 39 women and 19 men and the unstable group (UG) which included 20 women and 3 men. The institutional review board of Hanoi Medical University approved this retrospective study (approval no. 2444/QĐ-ĐHYHN, dated 13 July 2021). Due to the retrospective nature of this study, the requirement for informed consent was waived by the institutional review board of Hanoi Medical University. The study was performed in accordance with the ethical standards of the responsible committee on human experimentation and in line with the guidelines described in the Declaration of Helsinki 1975, as revised in 2013(10). All patients underwent 4 postural lumbar spine X-rays and lumbar spine MRI with basic pulse sequences. Exclusion criteria included spondylolisthesis with trauma, tumor, infection, spondylolysis, surgical history, and congenital hypoplasia of the joints.

All MRI scans were performed using either a Siemens 1.5 T Magnetom Essenza (Siemens Healthineers) or a Philips Ingenia 1.5 T (Philips Medical Systems) using basic sequences, including sagittal T1W, sagittal and axial T2W, and coronal short tau inversion recovery. The parameters of these sequences are described in Table I.

X-rays and MRI data were stored using the INFINITT PACS system (INFINITT Healthcare) and analyzed retrospectively by a radiologist with >10 years of experience with musculoskeletal imaging.

The Tailliard method was used to measure the slip distance on dynamic radiographs and MRI (11): The first line passes through the dorsal edges of the L5 vertebral body (line a), whereas the second line passes through the lower posterior margin of the L4 vertebral body and is parallel to the first line (line b). The distance between two lines where they pass through the upper ends of the lower vertebra is recorded as the slip distance (Figs. 1 and 2).

Clinico-radiological characteristics of the patient population

Clinico-radiological characteristics of the patient population.

Based on the significant difference observed in the mean value of facet joint fluid thickness between the UG and SG, the ROC curve was analyzed, as shown in Fig. 4.

In the present study, the quantitative values obtained from MRI scans were analyzed to determine their relevance in the diagnosis of unstable L4/L5 degenerative spondylolisthesis. Although only facet joint fluid factor was the only statistically significant factor, other quantitative values between the two groups were compared, including the mean disk height, ligamentum flavum thickness, or disk signal intensity on T1W or T2W images. This study used ROC curves for mean facet joint fluid thickness assessment, which provided the area under the curve, cut-off value, Se, Sp, PPV, and NPV of quantitative values from MRI scans in the diagnosis of unstable L4/L5 degenerative spondylolisthesis.

LDS is a common cause of spondylolisthesis (20) that can occur in any spinal segment, but typically affects the L4/L5 level; 69% of cases, according to Cho et al (9) and 71.05% of cases according to Even et al (21) due to the large range of motion experienced at this spinal level. Kirkaldy-Willis and Farfan (22) proposed that lumbar degenerative diseases progress in three clinical stages: Transient dysfunction, followed by instability, and culmination in restability. A spinal instability diagnosis in LDS patients is essential for developing an appropriate treatment plan and evaluating the prognosis of the patient (23). Lumbar spinal instability is an independent risk factor for spinal surgery failure (24). Previous reports have defined the unstable LDS stage (also known as mobile LDS) according to changes in the slip distance and angular displacement on SLFE radiographs (12-15). In a study of 91 patients with LDS by Cho et al (9), the study sample was divided into two groups (SG and UG), with unstable LDS defined as a dynamic translation >5 mm or angular displacement >10˚ based on SLFE radiographs. Thus, this definition was applied to the 81 patients in the present study, resulting in 58 patients being categorized into the SG and 23 in the UG.

The present study showed that the mean age of the SG was higher than that of the UG, but this difference was not significant. This outcome is similar to that reported by Kuhns et al (8), who reported mean ages for the SG and UG of 67 and 64 years, respectively. However, Cho et al (9) showed a significant difference in age between the SG and UG, which were 62.2 and 65.3 years, respectively.

The present study has some limitations. First, the study was performed using a small cohort, which may not be sufficiently representative of the overall population of individuals with LDS. Second, the use of a single L4/L5 evaluation may represent another weakness. Although this is the most common level associated with LDS, the conclusions drawn may not apply to patients with LDS at other levels or patients with multistage LDS. In addition, the measurement of facet joint fluid thickness on axial T2W images does not reflect the true 3D volume of facet joint fluid (17,18). The quantitative measurements of ROI signals were performed by a single radiologist in this study and may thus be subject to measurement error. In the future, similar studies with larger cohorts, and with data analysis performed by at least 2 radiologists, with the inclusion of assessments of different lumbar levels will be performed.

In conclusion, facet joint fluid thickness measured on axial T2W images may be predictive of an unstable LDS, especially if >1.45 mm. Therefore, when LDS is clinically suspected, the use of SLFE and MRI are recommended for diagnosis.

NDHung, NTH, NTHA, NDM, and NDHue were the patient's physicians, and they reviewed the literature search, and contributed to acquisition, analysis and interpretation of data, and manuscript drafting. NDHung and NMD contributed to manuscript drafting and acquisition of data. NTH and NTHA analyzed and interpreted the imaging findings. NDHung and NDHue confirm the authenticity of all the raw data. All authors read and approved final version of this manuscript for publication.

The institutional review board of Hanoi Medical University approved this retrospective study (approval no. 2444/QĐ-ĐHYHN). Due to the retrospective nature of this study, the requirement for informed consent was waived by institutional review board of Hanoi Medical University. The study was performed in accordance with the ethical standards of the responsible committee on human experimentation and in accordance with the guidelines described in the Declaration of Helsinki 1975, as revised in 2013. 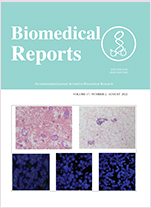