In the present study, dehydroascorbic acid inhibited the multiplication of viruses of three different families: herpes simplex virus type 1 (HSV-1), influenza virus type A and poliovirus type 1. Although dehydroascorbic acid showed some cytotoxicity at higher concentrations, the observed antiviral activity was not the secondary result of the cytotoxic effect of the reagent, as the inhibition of virus multiplication was observed at reagent concentrations significantly lower than those resulting in cytotoxicity. Characterization of the mode of the antiviral action of dehydroascorbic acid against HSV-1 revealed that the addition of reagent at any time post infection inhibited the formation of progeny infectious virus in the infected cells, and a one-step growth curve showed that the addition of reagent allowed formation for an additional 2 h, but then almost completely suppressed it. These results indicate that the reagent inhibits HSV-1 multiplication after the completion of viral DNA replication, probably at the step of the envelopment of viral nucleocapsids at the Golgi apparatus of infected cells.

MDCK, HEp-2 and Vero cells were grown in Eagle's minimum essential medium (MEM) containing 5% fetal bovine serum (FBS). Herpes simplex virus type 1, strain F (HSV-1), influenza virus A/Aichi (H3N2) and polio-virus type 1, Sabin vaccine strain, were used throughout the experiments. The viruses were propagated in Vero cells (for HSV-1 and poliovirus) in MEM supplemented with 0.5% FBS, or in MDCK cells (for influenza virus) in MEM supplemented with 0.1% bovine serum albumin (BSA) and acetylated trypsin (4 μg/ml). The viruses were stored at −80°C until use. The amount of each virus was measured by a plaque assay as described previously (7–9).

Effect of the reagent on the virus yields

Dehydroascorbic acid was obtained from Wako Chemicals. The reagent solution (1.0 M or 100 mM) was prepared by dissolving the reagents in hot water, and its acidity was neutralized with 1 N sodium hydroxide solution followed by filtration through a Millipore Dimex membrane (pore size, 0.22 μm).

Monolayered cells in 35-mm dishes were infected with the viruses at an indicated multiplicity of infection (MOI). The infected cells were further incubated at 37°C (for HSV-1 and influenza virus) or 35.5°C (for poliovirus) for the indicated times in the serum-free MEM containing 0.1% BSA and the indicated concentrations of the reagent. For the experiments with influenza virus, acetylated trypsin (4 μg/ml) was also added to the medium for the proteolytic activation of virus infectivity. At the indicated times, the infected cells with the culture medium (for HSV-1 and poliovirus) or the culture medium only (for influenza A virus) were harvested, and the amount of total progeny virus in the culture was determined as described previously (7–9).

Confluent monolayers of HEp-2 cells were incubated at 37°C for 24 h in the serum-free MEM containing 0.1% BSA and the indicated concentrations of reagent. Cytopathic effects were determined by microscopic observation of the cells, in which approximate numbers of rounded cells on monolayers were estimated under a phase-contrast microscope.

To determine the extent of cell death, the monolayered cells were trypsinized to obtain a single-cell suspension. After the addition of MEM containing 5% FBS to the suspension to neutralize the trypsin and to stabilize the cells, the number of living or dead cells was determined by a dye-exclusion method with trypan blue.

In a previous study (5), we found that dehydroascorbic acid had antiviral activity against HSV-1 in vitro, which was stronger than that of ascorbic acid. To further characterize the antiviral activities of the reagent, we tested three viruses of completely different types: HSV-1 (Family of Herpesviridae), influenza virus type A (Family of Orthomyxoviridae) and poliovirus (Family of Picornaviridae). HSV-1 is a double-stranded DNA virus (10), while influenza virus is a negative-stranded RNA virus (11); both are large enveloped viruses and require the cell nucleus for virus multiplication. By contrast, poliovirus is a small non-enveloped virus carrying a positive-stranded RNA as a genome, and replicates in the cytoplasm of infected cells (12).

Fig. 1 shows the effects of dehydroascorbic acid on the relative virus yields of these three viruses when the cells infected with each of the viruses were incubated in the medium containing the indicated concentrations of the reagent. The multiplication of all three viruses was suppressed to various degrees depending on the virus, although these viruses showed a similar degree of sensitivity to ascorbic acid as in the previous study (5). The virus yield decreased with increasing concentrations of dehydroascorbic acid: with 10 mM of the reagent, the yield of influenza virus, HSV-1 and poliovirus was approximately one thousandth, one tenth and half that in the absence of the reagent, respectively, indicating that influenza virus is the most sensitive and poliovirus is the least sensitive of these viruses. These results clearly show that dehydroascorbic acid inhibits the multiplication of viruses of widely different structures (regardless of whether they are enveloped or non-enveloped, double-stranded DNA- or single-stranded RNA-genome) and also that it inhibits virus multiplication whether the replication and transcription of the viral genome occur in the nucleus or in the cytoplasm of the infected cells. It is also worth noting that the antiviral activity of the reagent was apparently independent of the cell type, as the multiplication of the influenza virus was examined in MDCK cells (derived from canine kidney cells), while that of HSV-1 and poliovirus was examined in HEp-2 cells (derived from human cervical carcinoma).

Virucidal effect of the reagent

To examine the direct effect of dehydroascorbic acid on the infectivity of viruses, HSV-1 or poliovirus was incubated in the buffered solutions containing the reagent at various concentrations. As shown in Fig. 2, neither the infectivity of HSV-1 nor of poliovirus was inactivated by incubation with the reagent even at 10 mM, indicating that dehydroascorbic acid does not directly inactivate these viruses. Similar results were observed when the viruses were incubated in buffer at a neutral pH (data not shown).

Cytopathic effects of the reagent

Ascorbic acid is known to generate hydroxyl radicals, even in the presence of a trace amount of ferric ion in medium. We previously reported that ascorbic acid causes a severe cytotoxic effect in cells, probably due to these hydroxyl radicals (5). Since dehydroascorbic acid also induced a significant degree of cytopathic effects (cell rounding and detachment from the dish surface) on the virus-infected cells, we examined the effects of the reagent on the viability of the uninfected cells. As shown in Fig. 3, HEp-2 cells incubated in medium containing various concentrations of dehydroascorbic acid for 24 h showed no increase in the fraction of dead cells even at 12 mM of reagent, although a significant amount of dead cells appeared at 16 mM and increased drastically to approximately 70% at 20 mM. These results indicate that, although the reagent induces significant cytopathic effects on the virus-infected HEp-2 and MDCK cells, the cytotoxic effect of this reagent is likely insufficient to directly affect the multiplication of the viruses in the infected cells, considering the concentration of dehydroascorbic acid required for the significant antiviral activities, i.e., approximately 10 mM.

Previously, we quantitatively characterized the kinetics of viral DNA replication, the encapsidation of viral DNA, the envelopment of nucleocapsids and the formation of infectious progeny virus in HSV-1-infected cells (13), and revealed that viral DNA replication occurs exclusively between 3 and 6 h post infection (p.i.) and that a large amount of DNA accumulates in the infected cells when the replication of the virus DNA is completed. The formation of nucleocapsids as well as the envelopment of these nucleocapsids begins at 5 h p.i., simultaneously with the formation of infectious progeny virus, and the amount of the progeny virus increases with time until approximately 14 h p.i.

To examine the target of the antiviral activity of dehydroascorbic acid in the multiplication process of HSV-1, a ‘time of addition’ experiment was carried out. As shown in Fig. 4, the reagents were added to the infected culture at various times after the infection, and the virus yield at the end of virus multiplication was compared to the virus yield at the time of the addition of reagent. The amounts of progeny virus were suppressed even when the infected cells received the reagent in the late stages of the infection, such as at 10 or 12 h p.i. A small but significant increase in the amount of progeny virus was observed after the addition of the reagent at any time point during infection, except at 0 h p.i; for example, the amount of the infectious virus at 10 h p.i. was 5.0. When dehydroascorbic acid was added at this time point and cell culture was continued for 23.5 h, the final virus yield was 10.7, indicating that progeny virus formation continued. However, this value of 10.7 was much less than the virus yield without the addition of dehydroascorbic acid (70.4), though it was almost similar to the amount of the infectious virus formed at 12 h p.i. (13.6). Thus it is evident that, although the addition of dehydroascorbic acid did not completely stop progeny formation, it greatly suppressed the formation even when added at the late stages of infection. These results clearly show that i) the reagent interferes with virus multiplication even after the completion of viral DNA replication (i.e., at 6 h p.i.) and ii) the formation of progeny virus does not cease immediately after the addition of the reagent.

Previously, we observed similar kinetics when the multiplication of HSV-1 was inhibited by the addition of ammonium chloride (7) or Brefeldin A (14) at the stage of the envelopment of viral nucleocapsids after the completion of viral DNA replication. These two reagents are known to inhibit the function of the Golgi apparatus of cells where the envelopment of HSV nucleocapsids takes place (15). The similarity of the kinetics suggests that dehydroascorbic acid inhibits the formation of progeny infectious virus at the stage of the envelopment of nucleocapsids at the Golgi apparatus of the infected cells, although additional contribution of some other step(s) in the multiplication process cannot be excluded.

The authors thank Dr Tsutomu Arakawa for stimulating discussions and for assistance with manuscript editing. 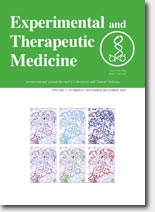