We had shown previously that the novel, marine, anticancer compound dehydrothyrsiferol (DHT) does not modulate P-glycoprotein (P-gp) dependent drug efflux. Many chemotherapeutics with clinical impact are substrates for the structurally distant related membrane transport protein MRP1 (multidrug resistance-associated protein 1). Thus, we were interested in analysing the behaviour of DHT and control compounds in specific drug transport of MRP1 overexpressing cells. We established a fluorescence based drug efflux system for specific, functional detection of interference of a test compound in MRP1 mediated drug extrusion. Briefly, MRP1 overexpressing HL60/Adr cells were incubated to uptake and then efflux fluorescent 5(6)-carboxyfluorescein diacetate (CFDA), rhodamine 123 (Rh123), or 3,3-diethylocarbocyanine iodide (DiOC2), respectively. Changes in cell fluorescence intensity after co-incubation with the compound of interest were determined by flow cytometry. MRP1 mediated efflux of CFDA was analysed in the presence of DHT, the known substrates genistein, probenecid, and the specific inhibitor MK-571. To exclude unknown P-gp related interference in drug transport, efflux of the fluorescent P-gp substrate DiOC2 and specific inhibition by cyclosporin A (CsA) were analysed. Cytotoxicity of DHT in resistant HL60/Adr cells was found to be even superior to that in the parental HL60 leukaemia cell line. Consequently, DHT did not interfere in MRP1 mediated drug transport. In contrast to DiOC2, rhodamine 123 was not specifically effluxed by P-gp but also by MRP1. Therefore, we propose the MRP1 specific CFDA efflux model as a screening and/or excluding system for MRP1 substrates. Together with previous data our results suggest DHT to be an interesting candidate for further investigation directed towards a drug development regimen. 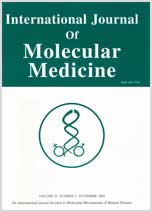