The effects of blue light on B16 melanoma cells and on the metastasis of these cells to the lungs were investigated in mice. The exposure of B16 melanoma cells to blue light in two 20-min sessions resulted in marked suppression of cell growth measured at 7 days after exposure. When these cells were harvested, re-inoculated into medium and incubated for a further 7 days, their growth activity returned to almost the same level as that of cultured cells from the non-exposure control group. The melanoma cells harvested after 7 days of incubation were injected intravenously into mice. In the non-exposure group, black nodules developed on the lung surface and the nodules increased in size over time. In the blue-light-exposure group, the development of such black nodules on the lung surface was delayed, and the nodules were smaller. Histopathological examination revealed that blue light suppressed the growth of metastatic tumor cells, and no increase in the number of melanin-containing cells or atypical cells was induced in the metastatic lesions. These results suggest that blue light suppresses the metastasis of B16 melanoma cells. 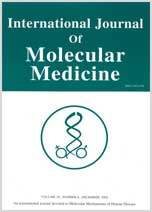