We hypothesize that poly(ADP-ribose) polymerase (PARP) activation is an important mechanism in the oxidative stress-related development of diabetic retinopathy. In the experiments reported here, we evaluated if: a) PARP activation is present in the retina in short-term diabetes; and b) PARP inhibitors, 3-aminobenzamide and 1,5-isoquinolinediol, counteract diabetes- and hypoxia-induced retinal VEGF formation. In vivo studies were performed in control and streptozotocin-diabetic rats treated with/without 3-aminobenzamide or 1,5-isoquinolinediol (30 and 3 mg/kg per day, intraperitoneally, for 2 weeks after 2 weeks of diabetes). In vitro studies were performed in human retinal pigment epithelial cells exposed to normoxia or hypoxia with/without 3-aminobenzamide and 1,5-isoquinolinediol at 200 and 2 µM. Retinal immunostaining for poly(ADP-ribose) was increased and NAD concentration reduced in diabetic rats, and both variables were corrected by PARP inhibitors. Retinal VEGF protein (ELISA, immunohistochemistry), but not mRNA (ribonuclease protection assay) abundance, was increased in diabetic rats, and this increase was corrected by both 3-aminobenzamide and 1,5-isoquinolinediol. PARP inhibitors did not affect retinal glucose, sorbitol pathway intermediates or lipid peroxidation in diabetic rats. Hypoxia caused a several-fold increase in both VEGF-mRNA and protein in retinal pigment epithelial cells. VEGF mRNA overexpression was only slighly blunted by PARP inhibitors whereas VEGF protein was corrected. In conclusion, PARP is involved in diabetes- and hypoxia-induced VEGF production at post-transcriptional level, downstream from the sorbitol pathway activation and oxidative stress. The results justify studies of PARP inhibitors in models of retinopathy of prematurity and diabetic retinopathy. 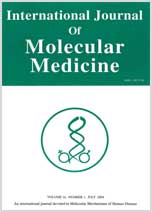