This study investigated the anticancer activity and related mechanisms of neolignans, especially threo, erythro-manassantin A (compound 2), which are isolated from Saururus chinensis, in PC-3 cells. Compound 2 strongly inhibited the proliferation of PC-3 cells in a dose-dependent manner. Different cell morphologies were observed depending on the concentration of compound 2, which suggested different growth inhibitory mechanisms. DNA flow cytometry indicated that both low and high concentrations of compound 2 induced the arrest of PC-3 cells in G1 phase. Western blot analyses showed that hyperphosphorylated Rb and E2F-1 were decreased, whereas hypophosphorylated Rb was increased. The cells treated with compound 2 at 200 ng/ml showed shrinkage morphologically, and the staining of annexin V-FITC revealed apoptotic cell death of these cells. The induction of apoptosis was accompanied by the cleavage of caspase-3, -8, and -9, as well as the downregulation of the Bcl-2 and the upregulation of Bax. By contrast, at low compound 2 concentration (1 ng/ml), the cells arrested in G1 showed characteristic changes in morphology, such as an enlarged, flattened cell shape; the majority strongly expressed SA-β-galactosidase activity. The number of cells undergoing apoptosis was negligible, and no poly(ADP-ribose) polymerase (PARP) cleavage was observed. The increase of p21 was noticed. However, it appeared to be transient rather than sustained. The protein p27 may be important for maintaining the senescence machinery induced by compound 2 because p27 expression was increased at low concentration compared with that at high concentration. In conclusion, compound 2 showed a significant growth inhibitory effect in PC-3 cells via two different mechanisms, i.e., apoptosis at high concentration and senescence at low concentration. 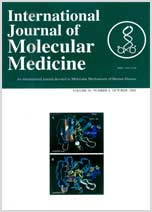