Adipocyte differentiation (adipogenesis) is a highly controlled process known to be affected, among other factors, by the redox status of the cell. Nrf2 (NFE2-related factor 2) is a transcription factor that orchestrates the expression of a battery of antioxidant and detoxification genes under both basal and stress conditions. The present study investigated the activation of Nrf2 during adipocyte differentiation using as a model the mouse bone marrow-derived ST2 cell line. Treatment of ST2 cells with a differentiation cocktail containing IBMX, indomethacin, hydrocortisone and insulin induced differentiation into adipocytes over 5 days. During adipogenesis, the intracellular glutathione redox potential, which is an indicator of oxidative stress levels, became steadily more oxidized, as shown by real-time measurement in differentiating ST2 cells stably transfected with a redox-sensitive Grx1-roGFP2 fusion protein. The nuclear abundance of Nrf2 was assessed by Western immunoblotting and its DNA binding activity by EMSA (electrophoretic mobility shift assay) performed on nuclear protein extracts prepared every 24 h. The nuclear abundance of Nrf2 continuously decreased during adipogenesis in ST2 cells. Its DNA binding activity reached a nadir during the first two days of differentiation, after which it increased slightly without approaching its initial level. The pattern of Nrf2 DNA binding corresponded to its transcriptional activity as assessed in ST2 cells stably transfected with a reporter construct bearing a Nrf2 bind site upstream of the luciferase gene. In conclusion, the activation of Nrf2 decreased significantly during adipogenesis. The observed changes might lead to increased oxidative stress levels that could facilitate the differentiation process. These findings could shed new light on the pathogenesis of obesity, in which the adipose tissue and oxidative stress play prominent roles. 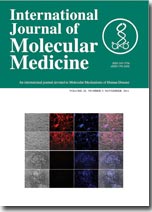