Prion diseases are neurodegenerative disorders characterized by the accumulation of an abnormal isoform of the protease-insensitive isoform (PrPSc) of prion protein. Human prion protein fragment 106‑126 [PrP (106‑126)] contains most of the pathological characteristics associated with PrPSc. Although a number of compounds have been identified to inhibit PrP accumulation or dissolve fibrils and aggregates in vitro, there is currenlty no treatment available for these progressive neurodegenerative diseases. Baicalein, the dried root of Scutellaria baicalensis (S. baicalensis) Georgi (known as Huang-qin in traditional Chinese medicine) has been reported to exert neuroprotective effects on neurodegenerative diseases. In the present study, we investigated the effects of baicalein on the development of prion diseases using SH-SY5Y and SK-N-SH cells in vitro. We found that baicalein protected the cells against PrP‑induced neuronal cell death by inhibiting the production of reactive oxygen species (ROS) and mitochondrial dysfunction using ROS detection assay and MTP assay. We demonstrated that baicalein treatment regulated the phosphorylation of c-Jun N-terminal kinase (JNK) by using western blot analysis and Annexin V assay. Our data suggest that baicalein has potential for use as a therapeutic drug for the treatment of various neurodegenerative diseases, including prion diseases.

Transmissible spongiform encephalopathies (TSEs) are fatal neurodegenerative diseases in humans and animals (1) that share a pathognomonic triad as a common histopathological trait: the spongiform vacuolation of grey matter, neuronal cell death, glial cell proliferation and, occasionally, amyloid deposition (2). One of the fundamental events related to TSE pathogenesis is the refolding of a host-encoded glycoprotein, the cellular prion protein (PrPC), into a protease-insensitive isoform (PrPSc) that aggregates into deposits of misfolded protein (3). Conversion into PrPSc is driven by the transition of a large N-terminal region of PrPC from a random coil to a β-sheet structure, which becomes predominant over the α-helix content (43 vs. 30%) (3). The synthetic human prion protein peptide (PrP) (106–126) corresponds to amino acid residues 106–126 of the prion protein placed in the flexibly disordered N-terminal domain. PrP (106–126) maintains some of the pathogenic and physiological properties of PrPSc, including the induction of the apoptosis of hippocampal neurons and the proliferation of astrocytes (4). Several biochemical and biological properties of PrPSc (β-sheet-rich structure, amyloidogenesis, and neurotoxic and gliotrophic effects) have been discovered (4–7) from an analysis of the biological activity of different amino acid segments, a peptide encompassing amino acids 106–126 of the PrP sequence [PrP (106–126)] and its ability to reproduce in vitro. The relevance of the 106–126 sequence in PrP biological activity was further demonstrated by the observation that this fragment contains the amyloidogenic palindrome AGAAAAGA sequence (amino acids 113–120), which is the most conserved region within PrP molecules of different species (8).

The treatment of neurotoxic and neurodegenerative diseases involves limiting reactive oxygen species (ROS) production and oxidative stress. A prevoius study addressed neurodegeneration from a similar mechanistic standpoint based on ROS and oxidative stress (9). Low levels of ROS, such as superoxide anion (O2⨪), hydroxyl radical (HO•), and H2O2, serve as signaling molecules in various cellular pathways that lead to growth and survival. However, high levels of ROS induce cellular damage and death through the oxidation of lipids, proteins and DNA (10,11). Mitochondrial failure caused by the aggregation of misfolded proteins is a hallmark of neurodegenerative disorders, including Alzheimer’s disease, Parkinson’s disease and prion diseases (12–14). PrP (106–126), a neurotoxic prion protein, induces mitochondrial dysfunction that results in neurotoxicity (15).

The dried root of Scutellaria baicalensis (S. baicalensis) Georgi has been used traditionally as a Chinese herbal medicine (Huang-qin). Flavonoids extracted from S. baicalensis are effective in treating the hypoxic brain, chemical neuronal cell damage and cognitive impairment (16,17). One of the flavanoids, baicalein, has been shown to have antioxidant activity (18), exert protective effects against the cytotoxicity induced by oxidative stress (19), as well as some beneficial effects on the cardiovascular system (20,21), among other biological activities (22–24). A recent study demonstrated that baicalein exerts neuroprotective effects in patients with Parkinson’s disease (25).

In the present study, investigated the effects of baicalein on human prion protein-induced neuroblastoma cell apoptosis, as well as the cellular responses to prion protein-related apoptotic signaling, ROS and mitochondrial dysfunction. We also examined whether the inhibition of c-Jun N-terminal kinase (JNK) reduces the neuronal apoptosis caused by the prion peptide. Our results suggest that baicalein protects against PrP (106–126)-induced apoptosis, the production of ROS and mitochondrial dysfunction. Regulating the JNK pathway prevented neurotoxicity in neuroblastoma cells caused by the prion peptide.

The human neuroblastoma cells (SH-SY5Y; SK-N-SH) were obtained from the American Type Culture Collection (ATCC, Rockville, MD, USA). The cells were cultured in minimum essential medium (MEM; Invitrogen-Gibco, Carlsbad, CA, USA) supplemented with 10% fetal bovine serum (FBS; Invitrogen-Gibco), 100 U/ml penicillin and 0.1 mg/ml gentamycin in a humidified incubator maintained at 37°C and 5% CO2. The cells were treated for 1 h with baicalein (Sigma-Aldrich, St. Louis, MO, USA) and then exposed to 50 mM PrP (106–126) for 24 h with or without the JNK inhibitor, SP600125 (Sigma-Aldrich). Untreated cells were used as controls.

TUNEL assay was carried out to measure the stage of cellular apoptosis by a TUNEL-based assay kit (BioVision, Mountain View, CA, USA). TUNEL analysis was performed according to the manufacturer’s instructions. Propidium iodide (PI) was employed to show the cell nuclei.

The change in MTP was evaluated using the cationic fluorescent indicator, JC-1 (Molecular Probes, Eugene, OR, USA), in which J-aggregates in intact mitochondria become fluorescent red with an emission at 583 nm, indicating high or normal MTP and fluorescent green with an emission at 525 nm, indicating low MTP when it remains in the monomeric form in the cytoplasm. The SH-SY5Y cells were incubated in MEM containing 10 μM JC-1 at 37°C for 15 min, washed with PBS, and then transferred to a clear 96-well plate. JC-1 aggregate fluorescence emissions were measured at 583 nm with an excitation wavelength of 488 nm, and JC-1 monomer fluorescence intensity was measured with excitation and emission wavelengths of 488 and 525 nm, respectively, using a Guava easyCyte HT System (Millipore). The SH-SY5Y cells were cultured on coverslips in a 24-well plate, incubated in MEM containing 10 μM JC-1 at 37°C for 15 min, and washed with PBS. Finally, the cells were mounted with DakoCytomation fluorescent medium (Dako, Carpinteria, CA, USA) and visualized under a fluorescence microscope (Nikon Eclipse 80i; Nikon Corporation).

The unpaired t-test or Welch’s correction was used for comparison between the two groups. For multiple comparison, the one-way ANOVA followed by the Tukey-Kramer test was used. All statistical analyses were performed using GraphPad Prism software. Results were considered significant for values P<0.05, P<0.01 or P<0.001.

Oxidative stress is responsible for the neuronal cell death associated with prion diseases. Therefore, in this study, we investigated the mechanisms through which baicalein induces resistance to PrP (106–126) by assessing the antioxidant properties and generation of ROS in neuronal cells following tretment with baicalein. As shown in Fig. 2A and B, DCFH-DA fluorescence increased following treatment with PrP (106–126), whereas it was inhibited by baicalein treatment in a dose-dependent manner. We also assessed whether the protective effects of baicalein on PrP (106–126)-induced neurotoxicity are related to the prevention of mitochondrial dysfunction. The SH-SY5Y cells were pre-incubated with 10 μm baicalein for 12 h and then exposed to 50 μm PrP (106–126). The PrP (106–126)-treated cells displayed increased JC-1 monomers (58.2%), indicating low MTP values, whereas baicalein treatment reduced PrP (106–126)-induced JC-1 monomers (24.3%) in a dose-dependent manner, indicating high MTP values (Fig. 2C). In accordance with these results, the fluorescence microscopy images (Fig. 2D) showed cells with green fluorescence (JC-1 monomer form) following treatment with PrP (106–126), indicating lower MTP, whereas the control cells and baicalein-treated cells displayed red fluorescence (JC-1 aggregate form), indicating high MTP values. These data demonstrate that baicalein reduces ROS production and attenuates mitochondrial dysfunction induced by PrP.

We then investigated whether baicalein exerts an effect on cell growth and death signals. Akt promotes growth factor-mediated cell survival both directly and indirectly. JNK is activated by PrP (106–126)-induced apoptosis (27). In addition, baicalein attenuates astroglial activation by downregulating the activation of JNK (28). Therefore, in this study, we examined Akt and JNK activation in neuronal cells following treatment with baicalein and PrP (106–126). Our results demonstrated that baicalein reversed the inhibition of Akt activation induced by treatment with PrP (106–126) and blocked JNK activation which was induced by PrP (106–126) (Fig. 3). These results suggest that baicalein exerts a protective intracellular signal. It can thus be hypothesized that the protective effects of baicalein may be inhibited by an Akt inhibitor. This suggests that baicalein plays a role similar to that of a JNK inhibitor under apoptotic conditions. Taken together, our results suggest that treatment with baicalein inhibits the PrP (106–126)-induced apoptosis of neuronal cells by regulating JNK. Therefore, this was examined in the following experiment.

To investigate whether the inhibition of JNK exerts neuroprotective effects against PrP (106–126)-induced neurotoxicity, we analyzed the levels of JNK and cell viability using a JNK inhibitor (SP600125). We found that the PrP (106–126)-induced increase in JNK levels was inhibited by the JNK inhibitor, SP600125, as shown by western blot and densitometric analyses (Fig. 4A and B). We also found that the JNK inhibitor (SP600125) blocked the PrP (106–126)-induced neuronal apoptosis by inactivating JNK (Fig. 4C and D). The cells in the first quadrant of the graph in Fig. 4C signify the late apoptotic condition and those in the fourth quadrant signify the early apoptotic condition. These results strongly suggest that treatment with baicalein exerts neuroprotective effects against neuronal cell apoptosis by inactivating JNK.

Baicalein, a flavonoid extracted from the traditional Chinese herbal medicine, S. baicalensis Georgi (Huang-qin), has been studied as a chemopreventive agent in neuronal cell and brain models (28–30). In the present study, we demonstrated that baicalein protected neuronal cells against PrP (106–126)-induced neurotoxicity.

Certain studies have suggested that high levels of ROS induce tissue injury, increase the formation of superoxide and induce neurotoxicity (31,32). As shown in the present study, treatment with baicalein attenuated the PrP (106–126)-induced production of ROS and neurotoxicity in dose-dependent manner (Figs. 1 and 2). These results indicate that ROS are associated with neurodegeneration and that baicalein protects against neurotoxicity induced by ROS. However, we were unable to demonstrate whether the inhibition of ROS production protects against PrP (106–126)-induced neurotoxicity. Further research on ROS and neurodegeneration is clearly required.

In addition, we determined whether baicalein affects the mechanisms related to Akt and JNK signaling. Liu et al (30) suggested that the neuroprotective effects of baicalein involve the Akt pathway. Choi et al (36) proposed that baicalein protects hippocampal neuronal cells against apoptosis by inhibiting JNK activation. As expected, the JNK inhibitor, SP600125, protected the SK-N-SH cells against apoptotic death (Fig. 4C). However, Akt inhibitors (LY294002 and wortmannin) did not prevent the neuroprotective effects of baicalein (data not shown). Akt and JNK signals have been associated with baicalein, and our results indicate that JNK plays a key role regulating PrP (106–126)-induced neuronal apoptotic signals.

Several studies have suggested that JNK is associated with the generation of ROS. Shen et al (37) demonstrated that the JNK signal is a key modulator in cell death induced by ROS. It has also been suggested that the ROS-mediated JNK activation is a critical component deciding the fate of cells in response to various stressful stimuli, which can be inhibited by pre-treatment with antioxidants (38,39). Thus, further research on the association between JNK and ROS is required.

In conclusion, our results indicate that baicalein protects neuronal cells against PrP (106–126)-induced neurotoxicity by inhibiting JNK activation. In addition, baicalein reduces PrP (106–126)-induced mitochondrial dysfunction and ROS production. These data may prove useful to future studies and suggest the potential use of baicalein in the treatment of neurodegenerative disorders.

The present study was supported by a grant from the National Research Foundation of Korea (NRF), funded by the Korean government (2013R1A2A2A01009614). 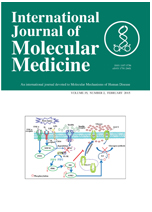