Few pharmacological interventions are able to improve the mortality rate of acute lung injury and acute respiratory distress syndrome (ALI/ARDS). The aim of this research was to elucidate whether endoplasmic reticulum (ER) stress and c‑Jun‑N‑terminal kinase (JNK)‑mitochondria pathways serve important roles in ALI/ARDS and to determine whether the key component Sab is a potential treatment target. The current study investigated the activation of ER stress and the JNK pathway, the content of JNK located on the mitochondria during ER stress and lipopolysaccharide (LPS)‑induced ALI/ARDS by western blot analysis. The treatment effects of Tat‑SabKIM1, a selective inhibitor of JNK located on mitochondria were explored by multiple methods including histopathological evaluation, lung cell apoptosis tested by TUNEL assay, mitochondrial membrane permeability and survival analysis. The results verified that ER stress was enhanced during LPS‑induced ALI/ARDS and could induce activation of the JNK pathway and JNK‑mitochondrial localization as well as mitochondrial dysfunction and cell death. Tat‑SabKIM1 alleviated LPS injection‑induced lung injury and improved mouse survival rates by specifically inhibiting JNK localization to mitochondria and mito‑JNK signal activation without affecting cytosolic/nuclear JNK activation. The protective effect of Tat‑SabKIM1 against ALI/ARDS was partly caused by inhibition of the excessive activation of mitochondria‑mediated apoptosis and autophagy. These results showed the important role of Sab as a treatment target of ALI/ARDS and the potential treatment effect of Tat‑SabKIM1. In conclusion, abnormal activation of the JNK‑mitochondrial pathway could significantly disrupt the normal physiological function of lung cells, resulting in the occurrence of ALI/ARDS and selective inhibit of JNK located on mitochondria by Tat‑SabKIM1 had a protective effect against the mitochondrial dysfunction and cell death caused by endoplasmic reticulum stress in mice with LPS‑induced ALI/ARDS. 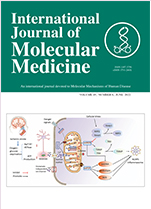