Inhibition of growth and stimulation of apoptosis by beta-sitosterol treatment of MDA-MB-231 human breast cancer cells in culture.

Epidemiological and experimental studies have suggested a protective role of phytosterols (PS) in the development of some types of cancer such as colon and prostate cancer. No work has been reported on the role of PS in the development of breast cancer, the second leading cancer in woman. The present study was designed to examine the effect of the two most common dietary PS, beta-sitosterol (SIT) and campesterol, as compared to cholesterol, the main sterol in the Western diet, on growth, apoptosis and cytotoxicity of MDA-MB-231 human breast cancer cells in culture. In addition, we investigated the possible role of protein phosphatase 2A (PP2A), an enzyme that has been shown to regulate growth and apoptosis in tumor parameters studied. Breast cancer cell growth was found to be inhibited by 66% after 3 days and 80% after 5 days with 16 microM SIT. Both campesterol and cholesterol sustained tumor growth at levels comparable to that of the vehicle control. None of the sterols tested at this level (16 microM) induced cytotoxicity as measured by lactic dehydrogenase release. SIT supplementation for 3 days at 16 microM resulted in a 6-fold increase in apoptosis in cells when compared to cholesterol treated cells. SIT treatment was found to have no effect on the level and content of tumor cell PP2A. It is concluded that SIT, by a still unknown mechanism, may offer protection from breast cancer by inhibiting growth and stimulating apoptosis. 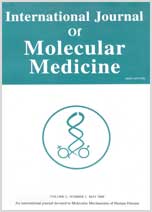