Neuronal death is normal during nervous system development but is abnormal in brain and spinal cord disease and injury. Apoptosis and necrosis are types of cell death. They are generally considered to be distinct forms of cell death. The re-emergence of apoptosis may contribute to the neuronal degeneration in chronic neurodegenerative disease, such as amyotrophic lateral sclerosis and Alzheimer's disease, and in neurological injury such as cerebral ischemia and trauma. There is also mounting evidence supporting an apoptosis-necrosis cell death continuum. In this continuum, neuronal death can result from varying contributions of coexisting apoptotic and necrotic mechanisms; thus, some of the distinctions between apoptosis and necrosis are becoming blurred. Cell culture and animal model systems are revealing the mechanisms of cell death. Necrosis can result from acute oxidative stress. Apoptosis can be induced by cell surface receptor engagement, growth factor withdrawal, and DNA damage. Several families of proteins and specific biochemical signal-transduction pathways regulate cell death. Cell death signaling can involve plasma membrane death receptors, mitochondrial death proteins, proteases, kinases, and transcription factors. Players in the cell death and cell survival orchestra include Fas receptor, Bcl-2 and Bax (and their homologues), cytochrome c, caspases, p53, and extracellular signal-regulated protein kinases. Some forms of cell death require gene activation, RNA synthesis, and protein synthesis, whereas others forms are transcriptionally-translationally-independent and are driven by posttranslational mechanisms such as protein phosphorylation and protein translocation. A better understanding of the molecular mechanisms of neuronal cell death in nervous system development, injury and disease can lead to new therapeutic approaches for the prevention of neurodegeneration and neurological disabilities and will expand the field of cell death biology. 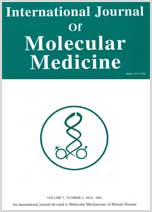