Compounds which induce toxicity through similar mechanisms lead to characteristic gene expression patterns. The concept that structurally similar compounds may have similar biological profiles, the so-called generalized neighborhood behavior, is less obvious to be demonstrated. We screened 625 compounds from a fully combinatorial library for their gene expression profiles in vitro over a selected toxicity panel of 56 genes. We used the novel nanocapillary, quantitative real-time PCR OpenArray™ technology that is coupling outstanding analytical performance with the medium-throughput ideal for such a sample-per-feature ratio. Applying a hybrid clustering on the gene expression data, correlation was analyzed between molecular scaffold and biological fingerprint. Structurally highly dissimilar, but similarly hepatotoxic compounds show similar fingerprint on our toxicity panel, however compounds of the same scaffold and of unknown biological effect do not always share similar fingerprints. Out of 12 different scaffolds, 4 families show non-correlating, uniform distribution among clusters whilst 8 families show neighborhood behavior of varying strength. Structurally not similar compounds may have highly similar biological activity, on the other hand, compounds of the same scaffold family do not all share the same biological effects based on toxicology related gene expression fingerprint. 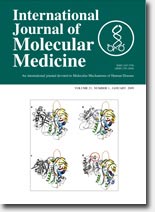