High mobility group box-1 (HMGB1) is extracellularly released from mononuclear phagocytes by lipopolysaccharide (LPS)-stimulation accompanied with cell death, and plays an important role in septic/endotoxin shock as a late phase mediator. Notably, CAP11 (cationic antibacterial polypeptide of 11-kDa), a member of cathelicidin family of antimicrobial peptides, has a potential to bind with LPS and neutralize the biological activity of LPS. In this context, we previously revealed that CAP11 can suppress the elevation of serum HMGB1 level in mouse endotoxin shock model and protect mice from endotoxin lethality. In the present study, to clarify the inhibitory mechanism of CAP11 on HMGB1 release, we evaluated the effect of CAP11 on the LPS-induced HMGB1 release and apoptotic/necrotic cell death using a murine macrophage cell line RAW264.7. The results indicated that LPS-stimulation induced the release of HMGB1 from RAW264.7 cells, accompanied with both apoptotic and necrotic cell death. Of interest, CAP11 markedly inhibited the binding of LPS to target RAW264.7 cells, and suppressed HMGB1 release as well as necrotic cell death; however, CAP11 could not affect the LPS-induced apoptotic cell death. These observations clearly indicate that CAP11 can efficiently abolish necrotic cell death via the inhibition of LPS-binding to target cells, thereby suppressing the release of HMGB1. Thus, CAP11 could be a therapeutic agent for septic/endotoxin shock, with a potential to regulate the release of HMGB1 from LPS-stimulated mononuclear phagocytes via the suppression of LPS-binding to target cells and prevention of necrotic cell death due to its potent LPS-binding activity. 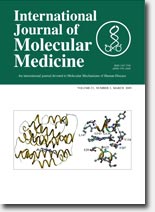