PLK (polo-like kinase), which belongs to a family of serine/threonine kinases and represents the human counterpart of structurally related protein kinases, polo of Drosophila melanogaster and CDC5 of Saccharomyces cerevisiae, may be implicated in spindle formation and chromosome segregation during mitosis. There are, however, few reports on the significance of PLK gene expression in human carcinomas. In order to evaluate its clinical significance, we examined the expression of the PLK mRNA in 49 esophageal and 75 gastric carcinomas, using reverse transcription-polymerase chain reaction analysis. In esophageal carcinomas, PLK overexpression was detected in 47 carcinomas (97%) when compared to the corresponding normal tissues. It is noteworthy that the patients with high-grade PLK overexpression represented a significantly poorer prognosis group than those with low-grade PLK overexpression (3-year survival rate: 54.9% vs 24.8%, p<0.05). A multivariate analysis demonstrated that the PLK mRNA expression status was an independent prognostic factor for patients with esophageal carcinoma. On the other hand, 55 gastric carcinomas (73%) were revealed to overexpress PLK mRNA, but the expression status showed no correlation with prognosis. This study demonstrated that the PLK overexpression was frequently observed in esophageal and gastric carcinomas, and appeared to be an independent prognostic factor for patients with esophageal carcinoma. 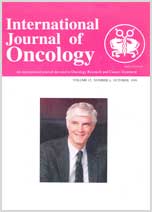