TGF-alpha as well as VEGF, PD-ECGF and bFGF contribute to angiogenesis of esophageal squamous cell carcinoma.

It has been demonstrated that vascular endothelial growth factor (VEGF) is associated with tumor progression as an angiogenic factor in esophageal squamous cell carcinoma (SCC)s. However, the role of other angiogenic factors such as transforming growth factor-alpha (TGF-alpha), platelet-derived endothelial cell growth factor (PD-ECGF), and basic fibroblast growth factor (bFGF) are still unknown in esophageal SCCs. In this study, we detected the expression of VEGF, TGF-alpha, PD-ECGF and bFGF in tissue specimens from 96 patients with SCC of the esophagus by immunohistochemical staining. To evaluate angiogenesis, endothelial cells were stained immunohistochemically and microvessel density (MVD) was counted in 24 cases. The positive rates for VEGF, TGF-alpha, PD-ECGF and bFGF were 65% (62/96), 67% (64/96), 66% (63/96), and 49% (47/96), respectively. Only TGF-alpha expression had a strong correlation with the average MVD (p=0.0059). However, the MVD increased as the number of positive factors for these 4 factors increased (p=0.0023). The expression of all of these factors significantly correlated to the depth of tumor invasion, and lymph node metastasis. Finally, survival analysis of the patients revealed that VEGF, TGF-alpha, and PD-ECGF were significant prognostic factors. However, multivariate analysis revealed that these factors were not prognostic. Thus, we suggest that TGF-alpha as well as VEGF, PD-ECGF and bFGF may be associated with angiogenesis, and the progression and metastasis of esophageal squamous cell carcinoma. 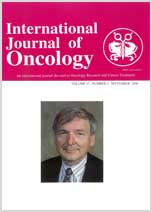