Induction of phase II enzymes such as NADPH:quinone oxidoreductase (QR) can reduce carcinogen-induced mutagenesis and tumor formation. In our search for novel dietary anticarcinogens, fisetin, a flavonol widely distributed in fruits and vegetables was found to induce QR activity in murine hepatoma 1c1c7 cells. The cells were treated with various concentrations of fisetin, and then were assessed for cell growth, QR activity, QR mRNA expression and transcription activation of the QR gene. The results showed that fisetin induced QR activity in time- and dose-dependent manner in the concentration range of 0.1 to 10 μM, and the activity induction was associated with QR mRNA expression as detected by reverse transcription-PCR. Furthermore, transfection studies using a human QR antioxidant/electrophile-response element (ARE/EpRE) reporter construct demonstrated that fisetin activated the ARE/EpRE. These results show that fisetin increases QR activity by transcriptional activation of the ARE/EpRE, suggesting a novel mechanism by which dietary fisetin may be implicated in cancer chemoprevention. 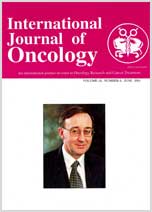