Y-79 retinoblastoma cells grown on a poly-D-lysine-coated substratum can assume a photoreceptor-like morphology and they express the retina-specific interphotoreceptor-retinoid-binding protein (IRBP) mRNA in abundance. In contrast, cells in suspension culture remain morphologically undifferentiated and exhibit a much lower IRBP message level. After treatment with the differentiating agent dibutyryl cyclic AMP (dbcAMP), monolayer cultures of Y-79 cells grown in serum-containing medium show a partial morphological and biochemical differentiation towards a Muller-glial-like phenotype. This is accompanied by a decrease in IRBP mRNA level with respect to that in Y-79 cells grown on poly-D-lysine. Attached cells which had been pretreated with laminin for three days do not demonstrate an altered IRBP mRNA level in response to dbcAMP as compared to cells not pretreated. Surprisingly, however, cells in suspension culture that were exposed to laminin and then to dbcAMP showed a 3-fold increase in IRBP mRNA level. Thus, expression of an important photoreceptor-specific marker is clearly modulated by both dbcAMP and laminin. Moreover, attachment itself may be a significant factor in determination of a neural or neuro-retinal cell phenotype. 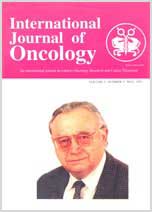