Cancer most probably originates from stem/progenitor cells and exhibits a similar cell hierarchy as normal tissues. Moreover, there is growing evidence that only the stem cells are capable of metastasis formation. We have previously shown that overexpression of a dominant negative ephrin-B2 mutant interferes with mammary gland differentiation and confers a metastatic phenotype to NeuT-induced mammary tumors with an increase in cells with stem/progenitor characteristics. To investigate the role of ephrin-B2 in the control of the mammary stem cell niche, we analyzed the mammary stem and progenitor cell populations in transgenic mice overexpressing the mutant ephrin-B2. Quantification by FACS analysis revealed a significant increase of cells in the basal/alveolar cell-, the bi-potent progenitor- and the stem cell-enriched fractions. Moreover, the supposed precursors of estrogen receptor-positive cells were elevated in the stem cell-enriched fraction. In contrast, the epithelium from transgenic mice overexpressing the native ephrin-B2 gene showed an augmentation of the luminal cell- and the bi-potent progenitor-enriched fractions. Repopulation assays revealed that the epithelial cells of truncated ephrin-B2 transgenic epithelial cells have a higher regeneration capacity than those of controls and of native ephrin-B2 transgenic mice, confirming the augmentation of stem cells. Morphologically, these outgrowths exhibited impaired basal/luminal compartmentalization and epithelial polarization. These results demonstrate that deregulated ephrin-B2 expression interferes with the regulation of the stem cell niche and leads to a shift of the differentiation pathway and may thereby contribute to the acquisition of the metastatic phenotype long before carcinogenic growth becomes apparent. 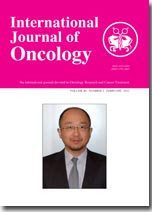