In the present study, a biologically active 4-(trifluoromethyl)phenyl piperazin moiety was linked to a 2,2- dimethyl -2H-benzopyran template to generate (3R,4S)-2,2-dimethyl-6-nitro-4-(4-(3-(trifluoromethyl)phenyl)piperazin-1-yl) chroman -3-ol (C110g), and the cellular and molecular mechanisms by which C110g exerts cytotoxic effects on the HeLa human cervical cancer cell line were further investigated. C110g suppressed the viability of HeLa cells in both concentration- and time-dependent manner (IC50 of 17 µM) by inducing DNA damage and G1 cell cycle arrest. Characteristic changes in nuclear morphology and Annexin V/PI staining pointed to apoptosis as the mode of cell death. The levels of p53 and p21 were increased in the C110g-treated cells, with a corresponding increase in Bax/Bcl-2 protein ratio. Subsequently, C110g induced the cytoplasmic release of cytochrome c from the mitochondria accompanied by a decreased mitochondrial membrane potential and activation of caspase-3 and -9. These results confirmed that the C110g transduced the apoptotic signal via the mitochondrial pathway. Caspase-8, typically associated with the initiation of the death receptor pathway, was activated, suggesting the extrinsic pathway might also be involved. However, C110g did not result in reactive oxygen species (ROS) generation. Taken together, these findings indicate that the DNA damage-dependent p53-regulated mitochondrial pathway as well as the extrinsic pathway play a crucial role in C110g-induced apoptosis, which provide a better understanding of the molecular mechanisms of trifluoromethyl benzopyrans in cervical cancer. 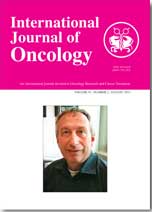