In this study, we evaluated the usefulness of photodynamic diagnosis (PDD) using 5-aminolevulinic acid (5-ALA) to detect peritoneal dissemination of colorectal cancer. 5-ALA is a natural precursor of the heme. In cancer cells, increased activity of porphobilinogen deaminase and decreased activity of ferrochelatase cause the intracellular accumulation of protoporphyrin IX (PpIX) (6). PpIX emits red fluorescence and peaks at 635 nm, with a blue-violet light excitation of 405 nm. Based on these mechanisms, 5-ALA has been used clinically as a photosensitizer in PDD in neurosurgery and urology (7–10). Previous reports on 5-ALA have demonstrated improved diagnostic performances in these fields. Moreover, 5-ALA is also used in photodynamic therapy (PDT) (11,12).

Recently, we reported on the efficacy of 5-ALA for detecting lymph node metastasis of rectal cancer in mouse models (13). Additionally, we previously reported on the diagnostic usefulness of using 5-ALA for peritoneal dissemination and lymph node metastasis in gastric cancer patients (14,15). In this study, we applied this method to fluorescent laparoscopy for detecting peritoneal dissemination of human colorectal cancers, and we compared the diagnostic accuracy of 5-ALA use with conventional laparoscopy in the clinical setting.

Five-week-old female BALB/c nude mice were used in this study. All mice were housed in groups in plastic cages with stainless-steel grid tops in an air-conditioned environment with a 12-h light-dark cycle. The mice were given ad libitum access to food and water. All animal experiments were approved and followed the institutional guidelines of the Kyoto Prefectural University of Medicine.

Establishment of the mouse model of peritoneal metastasis and fluorescent observation

An aliquot of 1×106 EGFP tagged HT-29 cells was injected into the peritoneal cavity of mice under general anesthesia. After 2 weeks, the mice were intraperitoneally injected with 5-ALA hydrochloride (Wako Pure Chemical Industries, Osaka, Japan) at a dose of 250 mg/kg body weight. Six hours after 5-ALA administration, the mice were euthanized and laparotomy was performed. Metastatic nodules in the omentum were observed in white light and fluorescence images. Fluorescence observation was performed with a stereoscopic microscope (SZX12; Olympus, Tokyo, Japan) equipped with a color CCD digital camera (DP71, Olympus) and a mercury lamp (U-LH100HG; Olympus). We used a spectral analytic system composed of a stereoscopic microscope equipped with an intensified multi-channel spectrophotometer (MCPD-7000, Otsuka Electronics, Osaka, Japan) for spectral analysis. PpIX images (>430 nm, HQ430LP, Chroma Technology Corp., Rockingham, VT, USA) were acquired by exciting at 405±20 nm (D405/20x, Chroma Technology Corp.), and EGFP fluorescence images (510–530 nm) (GFPA cube, Olympus) were acquired by exciting at 460–490 nm (GFPA cube, Olympus); all images were recorded in the red, green and blue format.

A clinical trial was conducted from March 2011 to March 2013 with approval from the Ethics Committee of Kyoto Prefectural University of Medicine, Kyoto, Japan. Twelve colorectal cancer patients suspected of having serosal invasion (by preoperative CT scanning) were included in the study. The patients provided signed informed consent preoperatively. The exclusion criteria included the presence of porphyria and obstruction of the digestive tract. The clinical findings were categorized according to the UICC 7th TNM classification.

5-ALA hydrochloride (Cosmo Bio Co., Ltd., Tokyo, Japan) dissolved in 20 ml of 50% glucose solution was orally administered 3 h before surgery at a dose of 15–20 mg per kg body weight, ≤1 g per patient. The system used for the fluorescence laparoscopic analyses consisted of a laparoscopic videoscope (OTV-Y0007, Olympus) equipped with a video system center (EVIS EXCERAII CV-180, Olympus) and a xenon light source (EVIS EXCERAII CLV-180, Olympus). At the start of the laparoscopic surgery, the abdominal cavity was observed in white light and fluorescence images with a long pass filter (>450 nm); images were taken under excitation with blue-violet light (380–430 nm). Grossly apparent peritoneal dissemination nodules were omitted from the sampling.

The final four patients (nos. 9–12) were observed with a D-LIGHT system (Karl Storz GmbH & Co., Tuttlingen, Germany). They were excluded from the quantitative analysis.

Fluorescence images were analyzed with image analysis software (ImageJ 1.45s, National Institutes of Health, Bethesda, MD, USA). The red value of the 24-bit RGB color image was evaluated as a corresponding index for red fluorescence. The maximum red value of each peritoneal metastatic nodule and non-metastatic site of the abdominal wall, fat, and liver were compared. The red/(red + green + blue) ratio was also evaluated to correct for differences in the imaging conditions.

To investigate whether 5-ALA administration can specifically visualize peritoneal disseminations, a mouse model of human colon cancer was used. This model develops peritoneal disseminations in the abdominal cavity, which are microscopically visible within 2 weeks after the tumor implantation surgery. EGFP fluorescent positive nodules were considered to be metastatic, and 5-ALA-induced red fluorescence colocalized with these nodules (Fig. 1). Fluorescence spectra with a peak of ∼635 nm were also observed in these nodules using a spectral analytic system (data not shown).

Comparison of 5-ALA mediated fluorescence laparoscopic imaging and pathological examination.

The 5-ALA-induced fluorescence images were analyzed. The maximum red value of each peritoneal metastatic nodule and representative non-metastatic lesions (bowel wall, fat tissue, and liver surface) were evaluated (Fig. 3A). The red value was higher in the metastatic nodules than in the non-metastatic lesions, but there was some variability. The red/(red + green + blue) ratio was significantly higher in the metastatic nodules than in the abdominal wall (P<0.001), bowel wall (P=0.0066), fat tissue (P=0.0057), and liver surface (P= 0.0014) (Fig. 3B). The ratio had less variability than the absolute red value.

Various cancer-specific fluorescent probes have been developed. These probes have several advantages: they are minimally invasive; the machine parts are compact, and they allow for real-time diagnosis. However, clinically useful fluorescent probes are limited. 5-ALA has few side effects and is a safe drug that has previously been used to diagnose glioma and bladder cancer (7–10). In urology, the sensitivity of detecting dysplasia or early bladder cancer with fluorescence cystoscopy (96.9%) is significantly higher than that for white light cystoscopy (72.7%) (7). Conventional white light cystoscopy does not provide adequate information about the presence of ‘flat’ urothelial lesions, such as carcinoma in situ, but fluorescence cystoscopy reveals carcinoma lesions that do not look suspicious under white light cystoscopy (8). In neurosurgery, survival after surgery and radiotherapy for malignant glioma is linked to the completeness of tumor removal. Nonetheless, it is difficult to grossly differentiate malignant lesions from normal brain tissues, and serious complications may occur after extensive surgical removal. 5-ALA induced fluorescence can be used to visualize malignant glioma intraoperatively, and it allows for safer and more thorough tumor removal than conventional white light surgical treatments (9,10). By applying 5-ALA-PDD, the exact mapping of the malignant lesions and the visualization of less visible lesions have improved the therapeutic effect (20). Although 5-ALA-PDD is a useful method, no previous reports have used 5-ALA-PDD to diagnose peritoneal metastasis in colorectal cancer.

In this study, all nodules suspected to be peritoneal disseminations when they were observed by white light also emitted 5-ALA-induced red fluorescence. Of those red nodules, 8 were biopsied and diagnosed as metastatic. Moreover, 1 small nodule that was difficult to detect under white light was detected by 5-ALA-PDD. 5-ALA-PDD improved the diagnostic accuracy of the peritoneal dissemination of colorectal cancer by detecting small and/or flat nodules that are invisible under white light observation. Because 5-ALA-PDD allows for the diagnosis of peritoneal dissemination in real time during surgery, without requiring biopsy, it may be a useful diagnostic method for completing resecting cancer lesions and decreasing the occurrence of incomplete surgeries. 5-ALA-PDD is expected to be useful in diagnosing peritoneal metastasis in the early stages, thereby improving the treatment outcomes. Among the non-metastatic sites, the bowel wall, liver surface, and fat tissue were grossly observed as slightly reddish, but the suspected metastatic nodules in those sites were redder, making them distinguishable from the surrounding tissue. The reddish coloration of non-metastatic sites may be caused by the physiological accumulation of PpIX and/or its optical properties.

The evaluation of red fluorescence for 5-ALA-PDD has a subjective component. Therefore, we used an RGB image analysis to evaluate whether quantitative diagnosis is possible. We assigned the red value as a corresponding index for the 5-ALA-induced fluorescence intensity. The red value was significantly higher in the peritoneal metastases than in the non-metastatic lesions, but there was some variability because of the differences in the imaging conditions, particularly the brightness. The red + green + blue value corresponds to the brightness; thus, an evaluation of the red/(red + green + blue) ratio could be used to more clearly distinguish between peritoneal metastases and non-metastatic lesions than an evaluation of the red value alone.

This study has some limitations. It was difficult to inspect the entire peritoneal cavity with the rigid scope that we used in this study. To resolve this issue, in the near future, we will use a flexible scope that is capable of fluorescence observation. Another problem is the undesirable effect of the physiological accumulation of PpIX and autofluorescence of the surrounding tissues. In this study, we could detect nodules on the surface of fat tissue and liver, but the contrast was lower than that for other sites. Tissue autofluorescence sometimes interferes with the detection of PpIX fluorescence. If the autofluorescence of the tissue adjacent to a tumor nodule is strong, the red fluorescence of PpIX will not be detectable. New methods to reduce these effects are required to improve the diagnostic accuracy of 5-ALA-PDD.

The authors would like to thank Mr. Motowo Nakajima and Toru Tanaka of the SBI ALA promo Corp. for their helpful advice. This study was funded by SBI Pharmaceuticals Co., Ltd. 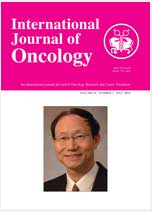