Osteosarcoma is the most common primary bone malignancy in pediatric and adolescent populations. Recurrence and metastatic potential can be due to a subpopulation of cells with stem cell-like characteristics, such as tumor-initiating cells (TICs), which maintain the capacity to regenerate entire tumors. Targeting the TICs in osteosarcoma is a promising avenue for the development of new therapies for this devastating disease. TICs are usually quiescent with a low protein turnover, decreased metabolism, and downregulation of proteasome activity. Recently, cancer cells with low proteasome activity have been identified as TICs in several types of cancer. We stably infected two osteosarcoma cell lines, MG-63 and U2-OS, with an expression vector for a fusion protein between the green fluorescent protein, ZsGreen, and the C-terminal degron of the murine ornithine decarboxylase to monitor the 26S proteasome activity in living cells. We separated the osteosarcoma cells with low proteasome activity using fluorescence-activated cell sorting (FACS) and verified whether these ZsGreen+ cells had TIC-like properties. The ZsGreen+ cells showed enhanced sphere formation capacity and underwent asymmetric divisions into ZsGreen+ and ZsGreen- cells, whereas ZsGreen- cells underwent only symmetric divisions into ZsGreen- cells. Moreover, the ZsGreen+ cells were more chemo- and radioresistant. Thus, the present study demonstrated that chemoradiation-resistant TICs can be visualized by this system and suggested the rationale for further study of osteosarcoma stem cells.

Osteosarcoma is the most common primary bone malignancy in children and young adults. Osteosarcoma occurs in the long bones of the limbs, particularly in the distal femur and proximal tibia. Osteosarcoma is a locally aggressive tumor and tends to produce early distant metastases, particularly to the lung. Before 1970, amputation was the only treatment for osteosarcoma patients and 80% patients died of metastatic disease (1). Since the 1970s, the combination of limb-sparing surgery and conventional chemotherapy agents, including methotrexate (MTX), cisplatin (CDDP), and doxorubicin, has been used to treat osteosarcoma. However, the 5-year patient survival has plateaued at ~60–70% (2).

Tumors are organized into a hierarchy of heterogeneous cell populations. Recurrence and metastatic potential may be due to a subpopulation of cells with stem cell-like characteristics, such as cancer stem cells (CSCs) or tumor-initiating cells (TICs), which maintain the capacity to regenerate entire tumors (3). Targeting the TICs in osteosarcoma may be a promising avenue to explore for the development of new therapies for this devastating disease.

Increasing evidence of the existence of TICs in patients with osteosarcoma has been reported. Identification of osteosarcoma TICs has been performed using CD133 (4,5), side populations (6,7), PKH26 (8), ALDH1 (9,10), and the promoter reporter assays of hTERT (11) and Oct3/4 (12). TIC-enriched osteosarcoma cell populations exhibit capacity for self-renewal, multilineage differentiation, tumorigenicity, and chemo- and radioresistance. Furthermore, TICs are usually quiescent, with a low protein turnover, decreased metabolism, and downregulation of proteasome activity. The ubiquitin-proteasome system is the major non-lysosomal system for the degradation of intracellular proteins. Recently, cancer cells with low proteasome activity have been identified as TICs in patients with breast cancer, glioma (13), pancreatic cancer (14), and esophageal cancer (15) using a fluorescence marker system for the level of proteasome activity. However, no study has reported the identification of TICs in human osteosarcoma cell lines on the basis of low proteasome activity.

The retroviral expression vector pQCXIN-ZsGreen-cODC, containing green fluorescence ZsGreen-labeled degron ODC, was kindly provided by Dr Shinji Tanaka. The retroviral vector was transfected into platinum A (Plat-A) to generate a retrovirus. The vector was transfected into Plat-A retroviral packaging cells using FuGENE 6 (Promega); the virus collected from the supernatant of Plat-A was used to infect osteosarcoma cells. The stable transfectants were selected with Geneticin (Invitrogen) and the accumulation of ZsGreen-labeled degron ODC protein was monitored by fluorescence microscopy and flow cytometry. To determine if this was a stable transfection, the cells were exposed to proteasome inhibitor MG-132 (Wako, Japan) for 12 h.

Using Proteasome-Glo™ cell-based assays (Promega), the chymotrypsin-like, trypsin-like, and caspase-like activities were measured according to the manufacturer’s protocol. Proteasome-Glo™ buffer was mixed with luciferin detection reagent, and the substrate was added to the mixture and incubated at room temperature for 1 h. An equal volume of proteasome-Glo™ reagent was added to the samples and further incubated for 15 min. The luminogenic substrate containing the Suc-LLVY sequence was recognized by the proteasome. Following the proteasome cleavage, the substrate for luciferase (aminoluciferin) was released, allowing the luciferase reaction to proceed and produce light. The luminescence was measured using a luminometer (Thermo Fisher Scientific, Waltham, MA, USA).

Our animal studies were approved by the Animal Experiments Committee of Osaka University (Suita, Japan). Following FACS, the portions containing 1×103, 1×104 and 1×105 cells were mixed with BD Matrigel (Becton-Dickinson, Franklin Lakes, NJ, USA) at a 1:1 ratio and were subcutaneously injected into 4- to 5-week-old female NOD/SCID mice (Charles River, Japan). The animals were anesthetized with isofluorane and maintained under sterile airflow conditions during the experiments.

Proliferation assays for the U2-OS and MG-63 cells treated with MTX and CDDP (both purchased from Wako, Japan) were performed to test chemosensitivity. Briefly, a total of 2×103 of both ZsGreen+ and ZsGreen− cells were sorted, individually seeded into 96-well plates (Corning), and treated with varying concentrations of the drugs for 72 h. The assay was performed using a commercially available cell counting kit-8 (Dojindo, Japan). The remaining viable cell count was determined by measuring the absorbance at 450 nm using an Enspire plate reader (Perkin-Elmer).

The appropriate number of ZsGreen+ and ZsGreen− cells were sorted, individually seeded in 6-cm dishes, and exposed to radiation at 0, 2, 4, 6, and 8 Gy by Cs-137 gamma irradiation generated using a Gammacell 40 Exactor (MDS Nordion, Ottawa, Canada). After incubation for 14 days, the colonies were fixed and stained with crystal violet. Colonies containing >50 cells were counted as survivors. At least three parallel samples were scored in three to five repetitions conducted for each irradiation condition.

Data are expressed as means ± SDs. Statistically significant differences were determined by two-way ANOVA analysis and Student’s t-test, where appropriate, and were defined as p<0.05.

TICs are primarily characterized by the ability to form tumors in NOD/SCID mice. To determine whether ZsGreen+ cells were more tumorigenic than ZsGreen− cells in vivo, we injected both the populations separately into NOD/SCID mice. After 3 months, no tumors were observed (Table I).

Tumorigenesis of ZsGreen+ and ZsGreen− cells of U2-OS in NOD/SCID mice.

[i] ZsGreen+ and ZsGreen− cells were isolated separately and injected into the subcutaneous space of NOD/SCID mice. Tumor formation was observed for 12 weeks after injection.

Our findings indicate that low proteasome activity can serve as a marker to identify a subpopulation of TIC cells in osteosarcoma. The ZsGreen+ cells displayed several features that are typically observed in TICs, including self-renewal, generation of differentiated progeny, and treatment resistance. We observed that the fractions of ZsGreen+ cells were 1.7 and 5.1% in the U2-OS and MG-63 cells, respectively. Previous reports have shown that the fractions of ZsGreen+ cells were <4% in U87MG (13) and 0.5% in Panc-1 (14). The proteasome activity of ZsGreen+ cells are lower than ZsGreen− cells in MG-63, whereas no difference was found in U2-OS; this is likely because this proteasome activity assay can detect partial proteasome activity. The sphere-forming capacity in established osteosarcoma cell lines has been previously demonstrated (4,8,9,11,12). Interestingly, Honoki et al showed that the frequency of sphere formation was 0.25% in ALDH1-positive MG-63 cells (9). Moreover, primary cultures of osteosarcoma tended to have enhanced sphere-forming capacities (5,8,16).

Although sphere-forming capacity may be a good in vitro assay to study osteosarcoma TICs, the gold standard to identify TICs is the formation of tumors after limiting dilution transplantation in immunodeficient mice. There was no tumor formation when we performed limiting dilution transplantation in NOD/SCID mice. Wang et al also showed that the TIC-like populations (high ALDH activity) of the osteosarcoma cell lines did not form tumors, but they did show enhanced tumor formation in populations with high ALDH activity obtained from a xenograft (10). Similar to the observation in this study, the population with low proteasome activity in osteosarcoma cells in vivo may be more tumorigenic. We could not inoculate a larger number of cells, such as 106 cells, because of the extensive long time required for the sorting process.

We studied treatment resistance of the ZsGreen+ cells and found that they were chemo- and radioresistant. The mechanism by which treatment resistance occurs in TICs has not been elucidated. Di Fiore et al manufactured novel TIC-enriched cell lines such as 3AB-OS that were irreversibly selected from MG-63 cells after long exposure with 3-aminobenzamide (3AB) and expressed higher levels of the drug resistance marker ABCG2 (17). Furthermore, Honoki et al showed that the high ALDH1 population of MG-63 enhanced the resistance to CDDP and doxorubicin (9). Fujiawa et al recently found that miR-133a expression was correlated with chemo-resistance (18).

In conclusion, osteosarcoma cells with low proteasome activity had TIC properties, including sphere formation and chemo- and radioresistance. This result may lead to new approaches for the development of a more specific therapy and for an improvement in prognosis.

We thank Dr Shinji Tanaka at Department of Hepatobiliary and Pancreatic Surgery, Graduate School of Medicine, Tokyo Medical and Dental University for pQCXIN-ZsGreen-cODC plasmid. This study was supported in part by a Grant-in-Aid for Scientific Research and a grant from the Platform for Drug Discovery, Informatics, and Structural Life Science, from the Ministry of Education, Culture, Sports, Science and Technology; a Grant-in-Aid from the Third Comprehensive 10-Year Strategy for Cancer Control, Ministry of Health, Labour and Welfare, Japan. H.I., M.K., N.N., and J.K. received partial support from Chugai Co., Ltd., Yakult Honsha Co., Ltd., Merck Co., Ltd. and Taiho Therapeutic Co., Ltd., through institutional endowments. 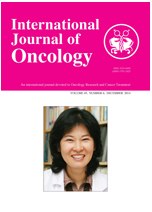