Tumour cells are frequently altered in their phospholipid metabolism. Choline kinase (ChoK, E.C. 2.7.1.32) activity, the first enzyme involved in the synthesis of phosphatidylcholine, is increased in a large number of human tumours and tumour-derived cell lines. We have previously reported that MN58b, a specific inhibitor of ChoK, has anti-tumoral activity. Here we show the high specificity of MN58b as a cytotoxic drug towards tumour cells, and explore further the basis of its mechanism of action in order to provide a rational understanding for its antitumoral activity. A dramatic difference in the response to the treatment of primary, normal and non-tumorigenic human cells when compared to tumour-derived cell lines was observed. In normal cells, blockage of de novo PCho synthesis by MN58b results in a reversible cell cycle arrest at G0/G1 phase. In contrast, ChoK inhibition in tumour cells promotes the induction of apoptosis. This effect depends on the cell cycle phase, being G1 the critical phase. Regarding the mechanism of apoptosis engagement, a loss of mitochondrial potential was observed 10-20 min after cytochrome c release, but caspase 3 activation preceded the loss of mitochondrial potential, indicating that activation of caspase 3 is independent of cytochrome c release. Our results are consistent with a non-intrinsic process as the mechanism underlying the induction of apoptosis by ChoK inhibition in tumoral cells. 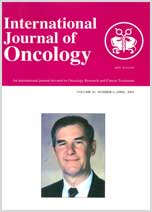