Squamous cell carcinoma antigen (SCCA) is clinically used as a tumor marker for patients with squamous cell carcinoma of various organs. SCCA1 and its highly homologous molecule, SCCA2, belong to the serine proteinase inhibitors (serpins) family, suggesting that these proteins may be involved in the malignant behavior of squamous cell carcinoma cells. The aim of this study is to functionally characterize these tumor-associated serpins regarding the potential to influence the production of matrix metalloproteinases (MMPs), which play a key role in tumor cell invasion and metastasis. Cervical squamous cell carcinoma cell lines, CaSki cells and SKG-IIIa cells were incubated with SCCA1 or SCCA2 and MMP production was analyzed by gelatin zymography. Both SCCA1 and SCCA2 significantly increased production of proMMP-9, but not proMMP-2. These stimulatory effects were still observed when cells were treated with SCCA mutants lacking the proteinase inhibitory activity of serpins. Furthermore, treatments with various forms of SCCAs, which are generated by interacting with their target proteinases, diminished the stimulatory effect of SCCAs, implying the importance of the conformational structure of SCCAs in the stimulatory effects of SCCAs on proMMP-9 production. In addition, in vitro invasion assay showed that SCCA1 and SCCA2 significantly promoted the activity of cell invasion. It is concluded that SCCAs can alter the invasive phenotype of cervical squamous cell carcinoma cells, probably by stimulating proMMP-9 production, and that intact conformational structure of SCCAs, but not proteinase inhibitory activity of serpins, is required for its stimulatory activity on proMMP-9 production. 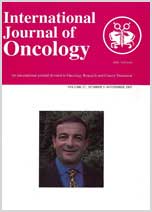