High consumption of phytoestrogen-rich food correlates with reduced incidence of breast cancer. However, the effect of phytoestrogens on growth of pre-existing breast tumors presents concerns when planning the use of phytoestrogens as chemoprevention st rategy. Genistein, the active phytoestrogen in soy, displays weak estrogenic activity mediated by estrogen receptor (ER) with a preferential binding for the ER-β species. However, no information is at present available on the interaction between phytoestrogens and the various isoforms generated by alternative splicing. In two human breast cancer cell lines, T47D and BT20, which express variable levels of ER-β, the effect of genistein and quercetin was evaluated singly and in comparison with 17β-estradiol, on mRNA expression of estrogen receptor-β (ER-β) isoforms evaluated by a triple primer RT-PCR assay. In T47D cells estradiol caused a 6-fold up-regulation of total ER-β, and modified the relative expression pattern of the various isoforms, up-regulating the β2 and down-regulating the β5 isoform. Genistein up-regulated ER-β2 and ER-β1 in T47D cells, and after treatment the ER-β2 isoform became prevalent, while in BT20 cells it almost doubled the percent contribution of ER-β1 and ER-β2 to total ER-β. Quercetin did not alter the total levels nor the percent distribution of ER-β isoforms in either cell line. Genistein, through the modulation of ER-β isoform RNA expression inhibited estrogen-promoted cell growth, without interfering on estrogen-regulated transcription. ER-β and its ER-β mRNA isoforms may be involved in a self-limiting mechanism of estrogenic stimulation promoted either by the natural hormone or by weaker estrogen agonists like genistein. 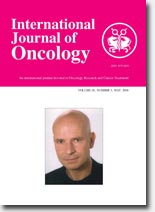