In normal human somatic cells, gradual shortening of telomeres may activate the complex cascade of molecular events known as cellular senescence. Experimental evidence from our laboratory suggests that cellular mortality is regulated by two separate mechanisms that we have termed mortality stage 1 (M1) and mortality stage 2 (M2). In mammary epithelial cells, the M1 mechanism involves de-regulation of p53 whereas in fibroblasts both the retinoblastoma (Rb) and p53 gene products are implicated. Cells that overcome the function of these antiproliferative proteins (M1 controls) continue to divide until a second entirely independent mechanism, M2 is induced. As somatic cells age they gradually lose telomeric sequences at the termini of their chromosomes, a process that continues during the extended lifespan period between M1 and M2. Immortal and cancer cells, as well as cells that maintain telomere length (e.g. germ cells), express telomerase, a ribonucleoprotein which maintains (stabilizes) telomere length by synthesizing TTAGGG repeats. Because normal human somatic cells and cells prior to M2 do not express telomerase, we propose that the M2 mechanism involves either the direct or indirect induction of telomerase activity. In order for cells to overcome senescence and become immortal, they must first escape the checkpoints that limit the proliferative capacity of normal cells, the MI and M2 controls (a very rare event). However, the probability of immortalization and that of tumorigenesis increases with age and we propose telomere shortening and reactivation of telomerase are important components in these processes. Once immortal, cells can then follow many pathways that result in the acquisition and progression of cancer. 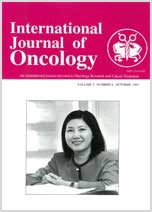