Apoptotic pathways represent the mechanisms of programmed cell death that counteract initiation and progression of cancer. New therapeutic targets are currently being explored on the basis of our detailed knowledge of the mechanisms and factors involved in apoptosis. In recent years, numerous proteins have been identified, which act as tumour suppressors or as oncoproteins in caspase-independent programmed cell death mechanisms, in which lysosomes are implicated for their lysosomal functions in cancer, mainly attributed to lysosomal proteinases, particularly the cathepsins. If cathepsins are released from the lysosomal lumen into the cytoplasm they initiate a number of processes that may cause either apoptotic or non-apoptotic (necrotic) cell death. The release of cathepsin D into the cytoplasm by vacuolar-type ATPase (V-ATPase) inhibitors produces the characteristic signs of apoptotic cell death, including caspase-3 activation and DNA laddering. For the destabilisation of the lysosomal membrane, two methods are available having therapeutic potential: the formation of reactive oxygen species (ROS) by irradiation or by enzymatic reactions and the lysosomal membrane permeabilisation by lysosomotropic compounds. Findings also suggest that the deregulation of polyamine metabolism or cytotoxic metabolites generated from the oxidative deamination of spermine by amine oxidases in association with lysosomotropic compounds may induce apoptosis. Cross-resistance of cells to cytotoxic actions of a wide variety of natural and synthetic anticancer drugs is the well-known phenomenon called multidrug resistance (MDR), due to glycoprotein P that functions as an ATP-dependent pump. The sensitisation of tumour cells to anticancer drugs by lysosomotropic compounds, and particularly the sensitisation of MDR-resistant cells recommend scrutinizing the potential of lysosomotropic drugs in cancer therapy. 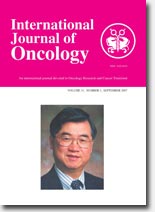