The HMGA proteins: A myriad of functions (Review)

The ‘high mobility group’ HMGA protein family consists of four members: HMGA1a, HMGA1b and HMGA1c, which result from translation of alternative spliced forms of one gene and HMGA2, which is encoded for by another gene. HMGA proteins are characterized by three DNA-binding domains, called AT-hooks, and an acidic carboxy-terminal tail. HMGA proteins are architectural transcription factors that both positively and negatively regulate the transcription of a variety of genes. They do not display direct transcriptional activation capacity, but regulate gene expression by changing the DNA conformation by binding to AT-rich regions in the DNA and/or direct interaction with several transcription factors. In this way, they influence a diverse array of normal biological processes including cell growth, proliferation, differentiation and death. Both HMGA1 and HMGA2 are hardly detectable in normal adult tissue but are abundantly and ubiquitously expressed during embryonic development. In malignant epithelial tumors as well as in leukemia, however, expression of HMGA1 is again strongly elevated to embryonic levels thus leading to ectopic expression of (fetal) target genes. HMGA2 overexpression also has a causal role in inducing neoplasia. Besides overexpression of full length HMGA proteins in different tumors, the HMGA genes are often involved in chromosomal rearrangements. Such translocations are mostly detected in benign tumors of mesenchymal origin and are believed to be one of the most common chromosomal rearrangements in human neoplasia. To provide clarity in the abundance of articles on this topic, this review gives a general overview of the nuclear functions and regulation of the HMGA genes and corresponding proteins. 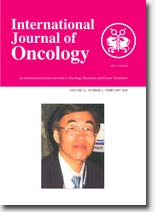