This study aimed to evaluate the oncologic significance of opioid use during active treatment for advanced colorectal cancer (CRC). The patients included in this study underwent therapeutic chemotherapy for metastatic and/or recurrent CRC. The primary outcomes measured were the characteristics of CRC patients who were administered opioid to maintain compliance with cancer treatments as well as the impact of opioid use on cancer‑specific survival. Of the 245 patients, 117 (48%) were administered opioid during chemotherapy. No significant associations were detected between opioid use and clinicopathological factors, with the exception of age (<65 or ≥65 years; P=0.0281), pathology (differentiated or undifferentiated; P=0.0007) and response rate to chemotherapy (P=0.0056). Patients administered opioid had significantly poorer cancer‑specific survival compared to patients who did not receive opioid. The mean cancer‑specific survival periods were 606±57 days (chemotherapy with opioid), <636±46 days (chemotherapy without opioid), <1140±95 days (multimodal therapy with opioid) and <1556±160 days (multimodal therapy without opioid). Additionally, oncologic emergencies due to cancer progression were significantly correlated with opioid use (P=0.0002), although no statistically significant differences were detected between the cancer‑specific survival period and oncologic emergencies. The use of opioid to maintain compliance with active cancer therapy is advised in modern CRC management. However, CRC patients that were administered opioid may have potential progressive disease, thus clinicians need to be aware of the oncologic emergencies possibly arising during an active CRC therapy.

Colorectal cancer (CRC) is the most common malignancy worldwide. Although surgery remains the mainstay of treatment, the role of chemotherapy has become crucial over the past 10 years. Modern chemotherapy, including molecular-targeted agents, has increased the survival period of patients with metastatic CRC to over 2 years (1–3). Moreover, cytoreductive surgery for liver, lung and other metastases has been widely used for therapy, although few patients are suitable for metastasectomy. To prolong survival, multimodal approaches, including surgery, radiotherapy and chemotherapy, alone or in combination, have been suggested for recurrent and metastatic CRC, while there have been efforts to increase the small proportion of patients suitable for surgery. Thus, CRC patients have experienced longer survival periods even in cases of incurable metastases. Consequently, individuals with advanced CRC need to maintain their compliance with cancer treatment to ensure quality of life (QOL) for an extended period, especially in an outpatient clinic.

Early palliative care for cancer patients has attracted attention with the aim of achieving significant improvements in clinical outcome. Palliative care is now believed to be appropriately provided at any age and stage of a serious illness, and is available together with curative treatment. A number of studies have reported that the early integration of palliative care for patients with metastatic non-small cell lung cancer is a clinically meaningful and feasible care model, affecting the survival period and QOL in a similar manner to that of first-line chemotherapy in such patients (4–7).

Patients with metastatic or recurrent CRC who have received therapeutic chemotherapy often experience multiple severe symptoms, including various types of pain, due to several causes, such as local recurrence, peritoneal and bone metastasis. Therefore, early opioid use during CRC treatment has been widely accepted worldwide. Early opioid use during chemotherapy undoubtedly contributes to improvements in the QOL of CRC patients. However, a limited number of studies have investigated the oncologic significance of opioid use during an active treatment for advanced CRC.

The aim of the present study was to clarify the characteristics of CRC patients who were administered opioid to maintain compliance with cancer treatment, and to evaluate the usefulness of opioid in clinical management.

This was a retrospective study of the patients (n=245) who received therapeutic chemotherapy for advanced or recurrent CRC at the Department of Gastrointestinal Surgery, in the Mie University Hospital (Mie, Japan), between March, 2000 and December, 2011. One hundred and thirty-seven of these patients (55.9%) were administered opioid-based pain control, while 117 patients were administered an opioid drug during chemotherapy. Patients who were administered the opioid only in the setting of terminal illness were excluded from the study. Various opioids were administered to patients, and thus for the analyses the opioid dose was converted into mg equivalent to intravenous morphine (8). Our Institutional Ethics Committee approved the study, and written informed consent was obtained from the patients for inclusion in the study.

Patients with histologically proven unresectable primary, synchronous metastatic and meta-chronous metastatic or recurrent CRC were included in the present study. Patients who underwent initial simultaneous primary tumor resection and metastasectomy (e.g., lung and liver) were excluded. According to our institutional policy, initial chemotherapy for the treatment of metastatic CRC, including unresectable primary tumor, was administered to the patients for 4–5 months (9). Cytoreductive therapy was defined as surgery and/or radio-frequency ablation (RFA) therapy that reduced tumor volume. The decision concerning whether or not to proceed with multimodal therapy was determined based on patient response to chemotherapy. Patients with a partial response or with a stable disease after systemic chemotherapy were considered for cytoreductive surgery and/or RFA. Multidisciplinary discussions during chemotherapy determined the multimodal therapy for each patient, including timing.

In this study, oncologic emergencies were defined as events requiring urgent admission subsequent to chemotherapy in an outpatient clinic. The emergencies resulted from cancer progression or adverse effects due to cancer therapy.

JMP software, version 7 (SAS Institute, Inc., Cary, NC, USA) was used to carry out the statistical analysis. Data were presented as the mean ± standard error (SE). Contingency tables were analyzed using Fisher’s exact test or the χ2 test with Yate’s correction. Associations between continuous and categorical variables were evaluated using the Mann-Whitney U test. Survival curves were constructed according to the Kaplan-Meier method, and differences were analyzed using the log-rank test. Each significant predictor identified by the log-rank test was assessed by multivariate analysis, using the logistic regression model. P<0.05 was considered to indicate a statistically significant difference.

A retrospective review of 245 patients with unresectable primary, synchronous metastatic, and metachronous metastatic or recurrent CRC, who were treated in our Department (Department of Gastrointestinal Surgery, Mie University Hospital), was carried out. There were 146 males (60%) and 99 females (40%), with a mean age of 64 years (range, 29–85). Of these, 189 patients (77%) had a PS of <2. The patients received therapeutic chemotherapy, with 82/245 (33%) also receiving chemotherapy subsequent to secondary cytoreductive surgery and/or RFA as multimodal therapy. Of the 137 patients (56%) who were administered an opioid drug for various types of pain due to cancer and/or cancer treatment, 117 (48%) were prescribed opioids during chemotherapy to maintain their compliance with cancer treatment, including multimodal therapy. The median interval from the initial chemotherapy to initiation of opioid administration was 14 months. Maximum daily patient intravenous morphine doses converted from oral morphine, oxycodone and fentanyl doses were: <9 mg in 16 patients; 10–29 mg in 29; 30–49 mg in 33 and >50 mg in 40 patients.

Correlation between clinical factors and opioid use

Table I shows the background characteristics of the 245 patients, who did/did not receive opioid during cancer treatment. No statistically significant associations were found between opioid use and gender, PS, tumor state and site, carcino embryonic antigen (CEA) level (<6 or ≥6 ng/ml), chemotherapy regimen, radiotherapy (yes/no) and cytoreductive surgery and/or RFA (yes/no). A statistically significant association was evident between opioid use and age (<65 or ≥65 years; P= 0.0281), pathology (differentiated or undifferentiated; P=0.0007) and the response rate to chemotherapy (P=0.0056).

Correlation between clinical background factors and opioid use.

Effects of opioid use on cancer-specific survival time

The Kaplan-Meier analysis demonstrated statistically significant differences in survival based on opioid use (Fig. 1). The mean cancer-specific survival period was 796±49 days with and 940±78 days without opioids (P<0.0001). The prognostic significance of opioid use was assessed, based on whether or not patients received multimodal therapy.

Multivariate analysis in relation to opioid use during chemotherapy.

Oncologic emergencies and opioid use

Symptoms of patients, who were administered opioids, presenting with oncologic emergencies.

Emphasis has been placed on the role of opioids in cancer recurrence and metastasis. Recent basic investigations have demonstrated that the direct and indirect effects of μ-opioids on cancer progression are correlated with the immune function or angiogenesis (11–14). Despite evidence from cell and epidemiologic animal studies, few studies are available that indicate that opioids in clinical use may adversely affect the prognosis of cancer patients. Conversely, recent scientific attention has been focused on early palliative care including opioid use for cancer therapy leading to significant improvements in clinical outcome (4–7,15,16). In a recent study, non-small cell lung cancer patients receiving early palliative care have been reported to have less aggressive care towards the end of their lives, while having a longer survival period compared to patients receiving standard care (7). The same group also reported that early palliative care of patients with non-small cell lung cancer enabled optimization of the timing of the administration of the final chemotherapy at the end of life (16). A recent phase II study of an opioid-based pain control program for head and neck cancer patients receiving chemoradiotherapy has also reported the use of a systematic opioid-based pain control program to be likely to improve compliance with chemoradiotherapy (17). It is conceivable that various cancer therapies, including multimodal therapy, compensate for the potential drawback in the use of opioid, with regard to its effects on cancer progression by means of a basic mechanism. In the current study, oncologic emergencies due to cancer progression significantly correlated with opioid use, although no statistically significant differences were observed between cancer-specific survival and oncologic emergencies. This finding suggests that opioid itself does not have a negative effect on survival, rather CRC patients with cancer pain had a more elevated stage of the disease compared to those without pain. Although the present study was retrospective and small-scale, the results suggested an oncologic significance of opioid use during active treatment for advanced CRC.

In conclusion, together with improved chemotherapy and multimodal therapy, marked advances in the management of metastatic and recurrent CRC have enabled patients to experience a prolonged survival period, and enhanced compliance with cancer treatment and QOL for an extended period. Accordingly, opioid use is highly recommended in CRC management to maintain compliance during active cancer therapy. However, CRC patients receiving opioid may have a progressive disease, and as a result clinicians need to be aware of the fact that oncologic emergencies are likely to arise during active CRC therapy. 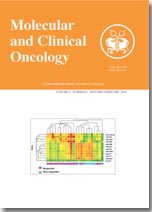