A 40‑year‑old male with a history of alcohol and drug addiction presented with fever for 1 day in the emergency room. He reported the abuse of drugs via intravenous injection and consumed alcohol excessively. Upon arrival to the emergency room, his body temperature was 39.4˚C. Upon a physical examination, generalized skin gangrene over the trunk and four limbs were found. Laboratory tests revealed thrombocytopenia (platelets, 67,000/µl) and elevated C‑reactive protein (30.4 mg/dl), creatine kinase (>20,000 IU/l), D‑Dimer (>10,000 ng/ml) levels. The urinary drug screen test was positive for ketamine and benzodiazepine. The blood culture on day 4 of admission yielded coagulase‑negative Staphylococcus (CoNS). The patient was diagnosed with CoNS induced by the venous injection of ketamine. He was admitted and received treatment with parenteral antibiotics with serial debridement due to the progressive necrosis of the skin gangrene. He was discharged 2 months later with clinical improvement. CoNS generally has a symbiotic association with the hosts in the cutaneous ecosystem, which frequently contaminates blood culture and occasionally causes diseases. CoNS should be thus considered opportunistic pathogens rather than contaminants. These organisms can cause occasional infection if the cutaneous organ system has been damaged by trauma, the direct implantation of foreign bodies or inoculation by needles. Predisposing factors for CoNS infections include an older age, immunosuppression and the implantation of medical devices, which may serve as a nidus for CoNS growth. Long‑term alcoholism, drug addiction and malnutrition may have caused a decline in the immunity of the patient described herein. To date, at least to the best of our knowledge, there has been no report describing local skin necrosis induced by CoNS infection. In the case in the present study, treatment with parenteral antibiotics and serial debridement was successful. In summary, physicians need to be aware of the potential pathogenicity of CoNS in the skin and soft tissue infections.

Gangrenous cellulitis is not uncommonly seen skin infection in clinical practice. In the past, the leading pathogens are group B beta-hemolytic Streptococcus and Pseudomonas (1-3). Coagulase-negative Staphylococcus (CoNS) may play a critical role in opportunistic infection when the skin is damaged by trauma, the implantation of foreign bodies (e.g., permanent pacemakers, vascular grafts and orthopedic devices), or by the inoculation of needles (4).

The present study describes the case of a drug abuser with CoNS infection associated with gangrenous cellulitis. Physicians need to have a good knowledge of this type of debilitating skin and soft tissue infection (SSTI). The present case report is written according to the guidelines of CARE in 2013(5).

A 40-year-old male with a history of alcohol and drug addiction visited doctors in the Emergency Department of MacKay Memorial Hospital, Tamshui branch, Taiwan due to a persistently high fever for 1 day. He reported the abuse of drugs via intravenous injection and excessive alcohol consumption over the past 2 days. Upon arrival to the department, a physical examination revealed the following: A body temperature of 39.4˚C, a respiratory rate of 18/min, a heart rate of 115 beats/min and a blood pressure of 131/75 mm Hg. In addition, generalized skin gangrene was observed over the trunk (Fig. 1), buttocks and four limbs (Fig. 2A and B). Laboratory tests revealed a white blood cell count of 6,100/µl, a neutrophil count of 77%; thrombocytopenia (platelets, 67,000/µl) and elevated C-reactive protein (30.4 mg/dl), creatine kinase (>20,000 IU/l) and D-Dimer (>10,000 ng/ml) levels. A chest computed tomography scan was arranged to exclude septic emboli, which revealed multifocal ground-glass opacities in both lungs and subcutaneous soft tissue and muscle swelling over the back and buttocks (Fig. 3). An abdominal and cardiac sonography was performed for the exclusion of other origins of infection. There was no vegetation of the heart chamber or other significant findings. The urinary drug screen was positive for ketamine and benzodiazepine. A chest X-ray revealed a pneumonia patch over the left lower lung field (Fig. 4).

Therefore, pneumonia in his left lower lobe and gangrenous cellulitis were considered the sources of infection. Two sets of blood culture on day 4 of admission revealed CoNS. Following 1 week of antibiotics treatment, the blood culture was sterile. The patient was thus diagnosed with CoNS infection caused by the venous injection of ketamine.

He was admitted for parenteral antibiotics treatment with tigecycline (100 mg every 12 h) and meropenem (1,000 mg every 8 h). The plastic surgeon performed serial debridement four times due to the progressive necrosis of the skin gangrene. Subsequently, the replacement of the skin on the right foot was performed using autologous tissue substitute and back rotation fasciocutaneous flap was conducted. His condition improved gradually following each debridement session. Finally, he was discharged after ~2 months of admission.

CoNS is present in the normal flora of the cutaneous ecosystem of human skin, which frequently contaminates blood culture and occasionally causes diseases. Therefore, it should be considered as an opportunistic pathogen rather than a contaminant. CoNS generally has a symbiotic association with its host in the cutaneous ecosystem. If the cutaneous organ system has been damaged by trauma, the implantation of foreign bodies (e.g., permanent pacemakers, vascular grafts and orthopedic devices), or inoculation by needles, these organisms can cause occasional infection (4). Predisposing factors for CoNS infections include an older age, immunosuppression and the implants of medical devices, which can serve as a nidus for CoNS growth. Distinguishing the etiological agents from contaminating normal flora is a crucial clinical challenge to physicians. The diagnosis of CoNS is based on the clinical judgement of the physician plus a positive bacterial culture. Repeating another bacterial culture is reasonable in the case that there is doubt about the collection method or an increased risk of a contaminated sample (6).

Pathogens that enter the host through venous ketamine injection can be a reasonable cause of infection, as described the case in the present study. Long-term alcoholism and malnutrition may have caused a decline in the immunity of patient described herein. Polymicrobial Staphylococcus aureus bacteremia has been noted in 12/58 (20.7%) of necrotizing soft tissue infections/sacral decubiti and foot gangrene vs. 1/122 (0.8%) of cellulitis/abscesses (P<0.001) (7), and it is significantly much more frequent in necrotizing infections (7). The most common pathogens found in diabetic foot infections (both monomicrobial and polymicrobial) are Staphylococcus aureus (39.7%), Bacteroides fragilis (30.3%), Pseudomonas aeruginosa (26.0%) and Streptococcus agalactiae (21.0%) (8). To date, to the best of our knowledge, there has been no report of local skin necrosis induced by CoNS infection. Generally, CoNS organisms are susceptible to the same antibiotics used to treat methicillin-sensitive Staphylococcus aureus.

Necrotic and gangrenous skin are commonly observed in daily practice in emergency rooms. Various pathogens occurring at different sites cause gangrenous cellulitis, which is characterized by infection with necrosis of the skin and underlying subcutaneous tissue (9).

In conclusion, gangrenous cellulitis is not an uncommonly observed symptom in the emergency department. CoNS needs to be taken into consideration as a pathogen, particularly in individuals with an older age, are immunosuppressed, or in those who have implants of medical devices. Analyses using blood cultures and urine analyses for toxic screening are mandatory in order to identify the pathogenic cause of infection. Moreover, treatment with parenteral antibiotics and surgical debridement may be necessary in such cases, as these treatments were effective in the patient in the present study. In summary, physicians need to be aware of the potential pathogenicity of CoNS in SSTI.

The patient provided written informed consent for his data to be included in the present study.

The patient provided written informed consent for the publication of his data and any accompanying images. 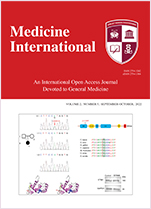