Effect of caffeine on the multiplication of DNA and RNA viruses

The present study examined the effect of caffeine on RNA and DNA viruses, revealing that it inhibits the multiplication of both. In the presence of caffeine, the progeny virus yield of both herpes simplex virus type 1 (HSV-1) and poliovirus decreased with increasing concentrations of the reagent, although HSV-1 was much more sensitive than poliovirus. The influenza virus was not affected by caffeine at the same concentrations. None of the viruses were directly inactivated by caffeine at the tested concentrations. Characterization of the mode of action of caffeine against HSV-1 infection revealed that the addition of the reagent at 10 h post-infection significantly affected the formation of progeny virus, indicating that caffeine can inhibit the multiplication of HSV-1 during the step(s) following the completion of viral DNA replication and the formation of nucleocapsids. In addition, the reagent selectively enhanced the cytopathic effects and cell death of the infected cells over uninfected cells, suggesting that the antiviral action of caffeine against HSV-1 is, at least in part, the result of accelerated degeneration of the infected cells. 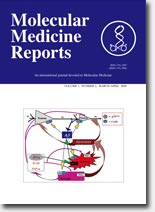