Essential fatty acids are important for normal growth and development in early life. However, the long-term effects of prenatal essential fatty acid deficiency (EFAD) on the adult metabolism remain to be determined. The aim of this study was to investigate the effects of an EFAD diet given to mice during late gestation on body weight and body composition, and metabolism in the adult offspring. Pregnant dams were given an EFAD or a control diet during the last 10 days of gestation. After delivery, all mice were fed normal chow and the body weight of the offspring was measured weekly. Furthermore, food intake, energy expenditure and intraperitoneal glucose tolera­nce were analysed in the adult offspring in addition to body composition (analysed by dual-energy X-ray absorptiometry), plasma levels of leptin, triglycerides and cholesterol. The body weight was lower in the EFAD offspring as compared to the controls during the first 4 weeks of age, and remained lower in the females throughout the study. Lean body mass and plasma leptin levels were also lower in the female EFAD offspring as compared to the controls. Male EFAD offspring were found to have higher fasting glucose and insulin levels as well as higher insulin levels during the glucose tolerance test compared to the controls. However, no differences were found in blood lipids, food intake or energy expenditure between EFAD and control mice of either gender. These results demonstrate that an EFAD diet given during the last 10 days of gestation results in long-term gender-specific effects on body weight and insulin sensitivity in the adult offspring. 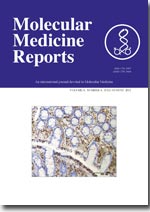