Burkitt lymphoma (BL) has been reported to be strongly associated with Epstein-Barr virus (EBV) infection. The fact that EBV is generally present in cancer cells but rarely found in healthy cells represents an opportunity for targeted cancer therapy. One approach is to activate the lytic replication cycle of the latent EBV. Nuclear factor (NF)-κB is thought to play an essential role in EBV lytic infection. Elevated NF-κB levels inhibit EBV lytic replication. Parthenolide (PN) is a sesquiterpene lactone found in medicinal plants, particularly in feverfew (Tanacetum parthenium). The aim of the present study was to analyze the effect of PN on the survival of Raji EBV-positive lymphoma cells. Raji cells were treated with 0, 4 or 6 µmol/l PN for 48 h. MTT assay and western blot analysis were performed to evaluate the findings. Results showd that PN suppressed the growth of the EBV-positive BL cell line, Raji, and activated the transcription of BZLF1 and BRLF1 by inhibiting NF-κB activity. Most notably, when PN was used in combination with ganciclovir (GCV), the cytotoxic effect of PN was amplified. These data suggest that the induction of lytic EBV infection with PN in combination with GCV may be a viral‑targeted therapy for EBV-associated BL.

Parthenolide (PN) is a sesquiterpene lactone (17) found in medicinal plants, particularly in feverfew (Tanacetum parthenium). The nucleophilic nature of its methylene-γ-lactone ring and epoxide group enables rapid interactions with biological sites (Fig. 1A). PN is a herbal medicine that has been used to treat migraines and rheumatoid arthritis for centuries. Recently, PN has been identified to have several other properties, including antitumor activity, inhibition of DNA synthesis and inhibition of cell proliferation, in various cancer cell lines (18). In addition, PN sensitizes cancer cells to other antitumor agents (19,20). Accumulating evidence has shown that PN is capable of inhibiting the activity of the NF-κB subunit RelA/p65 by inhibiting the IκB kinase-mediated phosphorylation of IκB (21), suggesting that PN is a novel therapeutic agent for treating EBV-positive lymphoma.

In this study, we analyzed the effect of PN on the survival of Raji EBV-positive lymphoma cells. We confirmed that PN inhibited RelA/p65 activity and showed that it induced EBV lytic replication in Raji cells, resulting in EBV-positive cell death in vitro. When PN was used in combination with GCV, the anticancer potency of PN was enhanced. These findings indicate that PN may be a novel agent for targeting EBV-associated Burkitt lymphoma.

The EBV-positive BL cell line, Raji, was obtained from ATCC (Manassas, VA, USA). The cells were cultured in RPMI-1640 supplemented with 10% fetal bovine serum, 100 U/ml penicillin and 100 μg/ml streptomycin at 37°C and 5% CO2. Peripheral blood mononuclear cells (PBMCs) were purified from the blood donors’ buffy coats by Ficoll gradient centrifugation. This study was conducted in accordance with the Helsinki protocol and approved by the Xiamen University Institutional Review Board.

Raji cells and PBMCs in 180 μl RPMI-1640 were inoculated onto 96-well plates. Four parallel rows of wells were set up for each group. The MTT assay was performed 48 h following treatment with PN at different concentrations in the presence or absence of GCV. The absorbance rate [optical density (OD)] of each well was measured at 570 nm using an enzyme-linked immunosorbent detector (DG3022A). Growth inhibition was determined as a percentage of the control.

Raji cells were treated with 0, 4 or 6 μmol/l PN for 48 h. Raji cells were washed and stained with annexin VFITC and PI according to the manufacturer’s instructions. Apoptosis was quantified using a FACSort flow cytometer and CellQuest (BD Biosciences, Mountain View, CA, USA). Apoptosis was also detected via 4′,6-diamidino-2-phenylindole (DAPI) staining. Briefly, Raji cells were washed with phosphate-buffered saline and stained with 1 mg/ml DAPI for 30 min at 37°C. Slides were then washed with phosphate-buffered saline, air dried and covered with coverslips for analysis via fluorescence microscopy using a Leica DM2500 microscope (Buffalo Grove, IL, USA). For cell cycle analysis, the Raji cells were fixed with cold methanol overnight and then treated with PI (2 μg/ml) and RNase prior to flow cytometry.

Caspase-3 activity was measured in the control and PN-treated Raji cells. Caspase-3 activity assays were performed using a colorimetric substrate according to the manufacturer’s instructions (EMD Chemicals, Gibbstown, NJ, USA). Briefly, Raji cells were lysed, and 50 μg of the resulting cell lysates were added to an assay buffer to a total volume of 90 μl and incubated at 37°C for 10 min. A colorimetric substrate for caspase-3 (final concentration, 200 μmol/l) was then added to the mixture. Absorbance values at 405 nm were recorded for each sample following incubation at 37°C for 2 h.

Raji cells were incubated with 4 or 6 μmol/l PN for 6, 12 or 24 h. The cells were collected and nuclear proteins were extracted. NF-κB (RelA/p65) activity was detected using a NF-κB (RelA/p65) transcription factor assay kit. The OD of each well was measured at 450 nm using a Model 680 spectrophotometer (Bio-Rad, Philadelphia, PA, USA).

Raji cells were treated with 0, 4 or 6 μmol/l PN for 48 h. Whole-cell extracts were purified to detect PARP, caspase-8 and caspase-9. To prepare the whole-cell lysates, the cells were lysed in a lysis buffer (Cell Signaling). Cell lysates were kept on ice for 30 min and centrifuged at 13,000 × g for 10 min at 4°C.

The protein concentration was determined by Bradford assay (Bio-Rad). Sample proteins (50 μg) were solubilized in 1% sodium dodecyl sulfate (SDS) sample buffer and subjected to SDS-polyacrylamide gel electrophoresis (PAGE) on a 4–15% gel (Bio-Rad). Proteins were transferred from the gel onto a polyvinylidene difluoride membrane and immunoblotted with various specific primary antibodies and appropriate horseradish peroxidase-conjugated secondary antibodies. Proteins were visualized using an enhanced chemiluminescence western blotting detection system (Amersham, Sweden). Densitometric digital analysis of protein bands was performed to quantify each protein band using Quantity One 1-D analysis software version 4.1.0 (Bio-Rad). Each protein was normalized by the intensity of the β-actin or Oct-1 housekeeping gene in each sample.

Experiments were conducted in triplicate. The results were presented as the means ± standard deviation. Data were processed using SPSS 13.0 software (SPSS Inc., Chicago, IL, USA), and statistical differences were determined using analysis of variance followed by a q test. P<0.05 was considered to indicate a statistically significant difference.

Results of the MTT assay analysis showed that PN inhibited Raji cell growth in a dose-dependent manner (P<0.05 compared with the control group), with a half maximal inhibitory concentration value of 5.07 μmol/l, but had no effect on normal PBMCs (Fig. 1B).

To investigate whether PN is capable of inhibiting Raji cell growth by inducing cell death, we treated Raji cells with 0, 4 or 6 μmol/l PN for 48 h. Induction of cell apoptosis was examined using both an annexin VFITC and PI assay and DAPI staining. Our results revealed that PN induced Raji cell apoptosis in a dose-dependent manner (P<0.05 compared with the control group; Fig. 2A and B). To verify that these cells underwent apoptosis, we measured the generation of caspase-3 activity. Raji cells treated with PN had increased caspase-3 activity (Fig. 2C). In addition, a known caspase substrate, poly- (ADP-ribose) polymerase, was cleaved after PN treatment (Fig. 2D). Furthermore, we found that PN activated caspase-9 but not caspase-8 (Fig. 2D). These results suggest that PN induced Raji cell apoptosis via the mitochondrial pathway.

To determine whether the inhibition of Raji cell proliferation induced by PN was associated with changes in cell cycle progression, a cell cycle analysis was performed on Raji cells treated with PN. Treatment with 4 and 6 μmol/l PN significantly increased the cell population in the G0/G1 phase by 24.9 and 46.5%, respectively, and decreased the cell population in the S phase by 19.2 and 36.7%, respectively (P<0.05 compared with the control group; Fig. 2E).

To determine whether PN has an effect on NF-κB activity in Raji cells, we used a NF-κB transcription factor assay kit to detect NF-κB DNA-binding activity. Our results indicated that the RelA/p65-DNA binding activity gradually decreased between 6 and 24 h after the addition of PN (Fig. 3A). We also investigated the expression of RelA/p65 in the cytoplasm and the nucleus separately using western blot analysis. As shown in Fig. 3B, RelA/p65 expression in the nucleus of these cells was reduced following incubation with PN.

Expression of BZLF1 and BRLF1 mRNA was increased in Raji cells treated with 4 or 6 μmol/l of PN (P<0.05 compared with the control group), indicating that PN induced EBV lytic replication in the Raji cells (Fig. 4).

Raji cells were incubated with the indicated concentrations of PN, in the presence or absence of GCV for 48 h. Findings of the MTT assay showed that Raji cell viability was further diminished by GCV combined with PN in comparison to PN alone (P<0.05; Fig. 5). These findings suggest that the NF-κB inhibitor PN reactivated EBV lytic replication, allowing GCV to produce its active cytotoxic form, thereby inducing the cytotoxic activity of GCV.

BL development has been reported to be markedly associated with EBV. The fact that EBV is generally present in cancer cells but rarely found in healthy cells represents an opportunity for targeted cancer therapy (22). One approach is to activate the lytic replication cycle of latent EBV, when viral proteins are expressed at a high level and progeny viruses are produced. Lytic EBV replication damages the cancer cells and triggers host immune responses against EBV and the infected cells (23–26). Entry into the viral lytic cycle is initiated by the expression of two IE EBV proteins, Z Epstein-Barr virus replication activator, encoded by BZLF1 (27), and Rta, encoded by BRLF1 (28). The two IE proteins activate the viral early genes, resulting in a cascade of events that lead to progeny virion. Activation of NF-κB is a feature of numerous viral infections (29). NF-κB activation during viral infection is believed to be a protective response of the host to the viral pathogen. Therefore, a number of viruses have evolved distinct strategies to control NF-κB activity to evade the immune response (30,31). Additionally, viruses may modulate the NF-κB pathway to enhance viral replication or prevent virus-induced apoptosis. Overexpression of NF-κB inhibits the activation of lytic promoters from EBV, suggesting that NF-κB is a novel target for the disruption of virus latency and therefore for the treatment of EBV-related malignancies (32).

Although the mechanisms mediating the various effects of PN in different diseases are not entirely clear, several studies have shown that a significant aspect of the antitumor activity of this compound appears to be associated with its activity in inhibiting the NF-κB signal pathway by preventing the degradation of IκBα (33). Our results showed that PN suppressed NF-κB activity in Raji cells by restricting the location of NF-κB from the cytoplasm to the nucleus, which is in agreement with previous reports that showed that PN is an inhibitor of NF-κB activity (34–36), and acted as one mechanism for killing EBV-positive Raji cells. However, our finding that PN induced a fully lytic form of EBV suggests that PN has a second mechanism for killing tumor cells. We found that treatment with PN increased BZLF1 and BRLF1 mRNA expression, indicating that PN was capable of inducing EBV lytic replication in Raji cells. In this study, GCV amplified the cytotoxicity induced by PN, indicating a synergistic cytotoxicity. Our results also suggest lytic virus replication in PN-treated Raji cells, as GCV functions only in the lytic phase of EBV infection and our findings showed that GCV treatment alone had no cytotoxic effect on Raji cells. Moreover, the inhibition of NF-κB activity specifically causes lytic cytotoxicity in EBV-positive Raji cells.

In conclusion, findings of this study have shown the ability of PN to induce EBV lytic replication and produce apparent anticancer effects in EBV-positive carcinoma cells through the inhibition of NF-κB activity. When GCV was added to PN, the cytotoxic effect was even more potent. However, more studies are required to test the effect of PN in EBV-positive malignancies in animal models.

This study was supported by grants from the Fujian Provincial Department of Science and Technology (2009-CXB-57 and 2011J01252) and Bureau of Science and Technology of Xiamen, China (3502Z20094012). We thank Dr Lan V Pham from MD Anderson Cancer Center for valuable comments. We appreciate Dr Markeda Wade from MD Anderson Cancer Center for revising our manuscript. 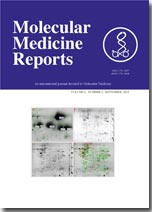