Targeting the A3 adenosine receptor for glaucoma treatment (Review)

Glaucoma is a worldwide disease and the second leading cause of blindness. Current treatments are associated with a number of side-effects and poor compliance, due to the requirement for treatment administration several times a day. These treatments typically aim to lower intraocular pressure (IOP); however, they are unable to protect retinal ganglion cells (RGCs) from undergoing apoptosis, which is the main cause of vision loss. A3 adenosine receptor (A3AR) agonists have been found to protect normal cells from undergoing apoptosis via the downregulation of death signals. Furthermore, A3AR agonists have been reported to have several ophthalmological effects, including the prevention of ganglion cell apoptosis in vitro and in vivo and anti‑inflammatory effects in experimental models of autoimmune uveitis. CF101, an orally bioavailable A3AR agonist, has been analyzed in dry eye syndrome phase II clinical trials and was identified to be safe and well tolerated. The anti‑inflammatory effect of CF101 was shown to significantly improve corneal staining, tear meniscus and tear break‑up time in dry eye patients. In addition, CF101 was found to decrease IOP in patients. The safety and efficacy of CF101, together with its suitability for oral administration, indicates that it has potential as a candidate drug for the treatment of glaucoma.

Glaucoma is a neurodegenerative chronic disease caused by the death of retinal ganglion cells (RGCs) and subsequent gradual degeneration of neuronal tissue, resulting in progressive loss of vision and irreversible blindness. It is estimated that 79.6 million individuals worldwide may suffer from glaucoma by 2020. Genetic and environmental factors are known to lead to the development of glaucoma, including elevated intraocular pressure (IOP), mechanical stress on the lamina cribosa, tissue hypoxia or glial cell activation. The main cause of loss of vision is apoptosis in RGCs (1).

The Gi protein-associated A3 adenosine receptor (A3AR) mediates a number of activities involved in the etiology and pathogenesis of glaucoma. Agonists of A3AR protect normal cell survival and induce apoptosis in inflammatory cells. A3AR agonists are also known to induce neuroprotective effects in vitro and in vivo(2,3). CF101 is a highly selective agonist of A3AR and is currently in the advanced stages of clinical development for the treatment of inflammatory and ophthalmic diseases (4–6).

The current review presents an emerging concept that A3AR agonists, due to their differential effect on pathological and normal cells, may represent novel drug candidates for the treatment of glaucoma.

Elevated levels of IOP due to incorrect aqueous humor drainage are considered to be the main cause of RGC apoptosis; however, damage to RGCs is also observed in patients with normal IOP values (7).

Apoptosis in RGCs may be initiated by various factors, including neurotrophin deprivation, glial activation, excitotoxicity, ischemia and oxidative stress (8). Upon IOP elevation, the Fas ligand binds to the death receptor, leading to apoptosis in RCGs (9).

Hypoxia, tumor necrosis factor-α (TNF-α), oxidative stress and high levels of intracellular Ca2+ have been shown to induce mitochondrial dysfunction. This may lead to increased membrane permeability and release of the mitochondrial apoptosis-inducing factor. The latter triggers the caspase-independent apoptotic pathway, which releases mitochondrial cytochrome c and induces activation of caspase-9/caspase-3. This leads to the upregulation of inducible nitric oxide synthase production, resulting in the generation of free radicals, including nitric oxide, which causes RGC death (10).

In addition, the role of the immune system in the pathogenesis of glaucoma has been analyzed; it may be a cause of the disease or a result of extensive topical treatment that leads to chronic inflammation (11). The inflammatory process induces production of the pro-inflammatory cytokine TNF-α. The binding of TNF-α to the death receptor, TNF-α receptor-1, initiates caspase-dependent and -independent apoptosis in RGCs via mitochondrial death-promoting pathways (10).

Current treatments for glaucoma aim to maintain patient visual function and mainly include topical ocular hypotensive drugs that lower IOP (12). However, a number of side-effects have been reported following administration of these drugs (7). In addition, the inconvenience of treatment protocols involving multiple daily administration has led to poor compliance and has been widely discussed as a common issue for glaucoma patients (13,14). At present, no drugs have been identified to protect RGCs from apoptosis and there is a requirement for treatments that are able to induce a protective effect on RGCs, lower IOP, have good compliance and high levels of safety.

Currently, the majority of patients are initially treated with topical medications. There are five main classes of topical ocular hypotensive drugs: i) β-adrenergic antagonists (β-blockers), including timolol, which may reduce IOP by 22–25% (15). Patients with glaucoma are generally older and may have cardiac or pulmonary disease, which may be worsened following the use of β-blockers (7). In addition, ocular side-effects that occur with the use of β-blockers include burning, stinging and dry eyes, and are generally associated with preservatives in the drug solution (16,17). ii) Cholinergic drugs, including pilocarpine, which is most frequently administered and a natural parasympathomimetic alkaloid. Pilocarpine functions as a non-selective muscarinic receptor agonist in the parasympathetic nervous system, causing the pores of the trabecular meshwork to stretch and induce an IOP-lowering effect. This effect is initiated 1 h following administration and is sustained for 6–7 hours (7). A number of side-effects are associated with this drug, including brow ache, focusing spasm and dimmed vision, all of which are transient and usually disappear within 2 weeks (13). iii) Carbonic anhydrase inhibitors and α2 drug agonists, which are known to induce conjunctival hyperemia and an allergy-like reaction, respectively (18,19). iv) Prostaglandin analogs, which reduce IOP by 27–33%. However, side-effects are reasonably common, particularly hyperemia (20).

Therefore, there is currently a requirement to identify a novel approach for the development of safe and effective therapeutic drugs for glaucoma that have a well-controlled patient compliance.

4. Rationale for the treatment of glaucoma with A3AR agonists

A3AR is a Gi protein-coupled receptor that is highly expressed in inflammatory tissues. Activation of the receptor with highly selective synthetic agonists induces anti-inflammatory effects via deregulation of the PKB/NF-κB and Wnt signaling pathways, followed by the induction of apoptosis in inflammatory cells. The highly specific agonist, CF101, (generically named IB-MECA) downregulates expression levels of the Fas receptor and TNF-α, preventing apoptosis in liver cells derived from mice with concanavalin A-induced inflammation (21). In addition, it was found that treatment with A3AR agonists protects from and prevents apoptosis in normal cells, including liver and heart cells, cerebral ischemia and myelotoxicity (3,22–26).

The anti-inflammatory and neuroprotective effects of CF101 have been demonstrated previously in preclinical and clinical studies associated with ophthalmic disorders (5,27,28), indicating that CF101 may represent a suitable molecule for the treatment of glaucoma.

A3AR is overexpressed in eye cells in a number of pathological conditions. High expression of A3AR was found in the non-pigmented ciliary epithelium of pseudoexfoliation eyes, with and without glaucoma, compared with normal and glaucomatous control eyes. In addition, significant upregulation of A3AR induced hypoxia and oxidative stress in non-pigmented epithelial cells (26,29). RGCs were also shown to express A3AR mRNA (30).

A3AR agonists mediate several ophthalmic effects; activation of the P2X7 receptor on RGCs increases intracellular Ca2+ levels and induces cell apoptosis. The death of ganglion cells following activation of the P2X7 receptor is prevented by the A3AR agonist, MRS3558, in vitro and in vivo(31). A3AR agonists CF101 and CF102 reduce the Ca2+ rise accompanying NMDA or P2X7 receptor stimulation and glutamate accumulation in isolated rat RGCs, which prevents cell apoptosis (27,28,30). ii) CF101 induces an anti-inflammatory effect in an experimental animal autoimmune uveitis model, leading to an improved clinical score and amelioration of the pathological manifestations of the disease. The anti-inflammatory effect of CF101 in the EAU model is defined by the downregulation of pro-inflammatory cytokines and inhibition of autoreactive T cell proliferation (32). Previous studies have also demonstrated the efficacy of CF101 as an anti-inflammatory agent. Patients with dry eye syndrome were orally treated with CF101 tablets. CF101 was found to be safe, well tolerated and improved disease clinical parameters (4–6). iii) CF101 decreases IOP, and the efficacy of CF101 as an IOP-lowering agent was demonstrated in a dry eye syndrome phase II clinical study (5). CF101 (1 mg or placebo) was administered orally, twice daily for 12 weeks to the patients and was found to be extremely well tolerated with an excellent safety profile. CF101 treatment was shown to yield a statistically significant improvement in the mean change from baseline of the corneal staining, tear meniscus and tear break-up time. In addition, a statistically significant increase was found in the proportion of patients achieving >25% improvement in corneal staining and clearance of corneal staining was noted. It was also identified that CF101 significantly decreased IOP.

Notably, Avila et al(33) previously reported that A3AR antagonists decreased IOP in an experimental animal model in which a transient IOP increase was induced. The hypothesis that agonists and antagonists mediate similar biological effects has been extensively analyzed, demonstrating that both ligands mediate anticancer activities (34). Jacobson et al presented an explanation defined as ‘effect inversion’, which indicated that treatment with adenosine receptor antagonists may evoke an agonist-like effect due to the duration of ligand exposure, differences in ligand selectivity, high and low doses of adenosine analogs and the differences between acute and chronic treatment (34).

The safety and efficacy of CF101, the convenient oral route of administration and the defined mechanism of action indicate that CF101 represents a promising drug candidate for the treatment of glaucoma.

The intriguing finding in the course of the recent phase II dry eye syndrome trial that intraocular pressure was significantly reduced in the CF101-treated group, indicates that CF101 may also have potential as a glaucoma therapy. This serendipitous signal, together with the neuro-protective and anti-inflammatory effects of CF101 warrant rapid progression into a phase II trial for this indication. While several anti-glaucoma drugs exist, there is huge potential in this therapeutic market for an effective and safe oral medication for this disease. 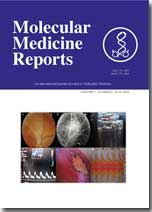