Antioxidative activity of the buckwheat polyphenol rutin in combination with ovalbumin

Buckwheat flour is well known for its highly antioxidative ingredient, rutin. We have undertaken to examine alterations in the characteristics of rutin treated with various proteins. In this study, the radical scavenging activities of a rutin-ovalbumin complex were examined. Dissolved rutin hydrate and ovalbumin were combined and boiled in water for 10 min. In the resulting rutin-ovalbumin complex, a new high molecular weight peak was detected using gel permeation chromatography analysis, and an existing high molecular weight area of ovalbumin was observed to be increased by the addition of rutin. This suggested that ovalbumin molecules produce a complex through their interaction with rutin. Alkaline luminol chemiluminescence and electron spin resonance analysis revealed the formation of a rutin-ovalbumin complex that markedly enhanced the peroxyl, but not the hydroxyl, radical scavenging activity of rutin. Rutin also demonstrated antioxidative activity against hydroxyl radicals in a DNA protection assay. We therefore conclude that, compared with ovalbumin or rutin alone, the rutin-ovalbumin complex has improved antioxidative activities in the form of enhanced peroxyl radical scavenging activity and DNA protection from apurinic/apyrimidinic site formation caused by hydroxyl radicals. 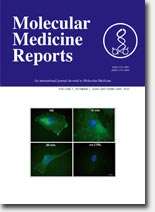