PC-Spes is a preparation of eight Chinese herbs, which exhibits antiproliferative and antitumour activity in diverse cancer types in vivo and in vitro. We exposed the head and neck squamous carcinoma cell lines (HNSCC) FADU, HLaC79 and HLaC79-clone1, which is a paclitaxel-resistant descendant of HLaC79, as well as primary cultured mucosal keratinocytes to increasing concentrations of paclitaxel and/or PC-Spes. Growth inhibition was measured using the MTT assay. While FADU and HLaC79 were growth inhibited by paclitaxel, HLaC79-clone1 cells proved to be resistant against paclitaxel up to doses of 100 nM, whereas all three cell lines were growth inhibited by PC-Spes. Interestingly primary keratinocytes were less sensitive to PC-Spes, they even showed better survivel at low PC-Spes doses. Furthermore, we analyzed cell cycle distribution, apoptosis and tubulin expression level and polymerization status in the HNSCC cell lines. PC-Spes caused a slight decrease of cells in S/G2 phase in HLaC79-clone1. In FADU and HLaC79 cells the cell cycle was shifted towards S/G2 phase as expected. Apoptosis was initiated in all three cell lines by PC-Spes, in mucosal keratinocytes, however, it was triggered less distinctively. In summary, PC-Spes revealed distinct growth inhibition in a paclitaxel-resistant cell line, whereas primary mucosal keratinocytes were less sensitive. PC-Spes might therefore provide a therapeutical approach in chemoresistant head and neck cancer. 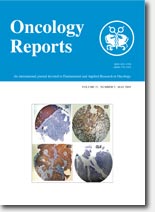