Anti‑PD‑1 and PD‑L1 inhibitors are associated with several adverse events, including a spectrum of immune‑related adverse effects (irAEs). Neurologic irAEs are uncommon occurrences with varied presentations. The present study presents a case of facial nerve injury irAEs associated with adjuvant pembrolizumab therapy (Keytruda®), which exhibited unusual presentations. A 44‑year‑old male patient with extensive‑stage small‑cell lung cancer (ES‑SCLC) was treated with a 6‑cycle etoposide and cisplatin (EP) regimen followed by 200 mg pembrolizumab (Keytruda®) intravenously once every 3 weeks. Magnetic resonance imaging (MRI) imaging of the brain revealed that there were abnormal enhancement areas in the left pontine crus, with clear boundaries. The patient terminated the use of pembrolizumab; however, EP chemotherapy continued and he was treated with high‑dose hormone therapy with the resolution of neurological symptoms. A total of 40 mg methylprednisolone was administered for 5 days and the patient was then administered oral prednisone tablets (25 mg). After 1 week, the facial symptoms were significantly alleviated. Following hormone therapy, the re‑examination of head MRI revealed that the lesion had shrunk and the symptoms had improved. The patient remains disease‑free. Facial nerve injury of neurological irAEs is uncommon adverse events in the context of PD‑1 inhibitor therapy. The neurotoxicity caused by immune checkpoint inhibitors (ICIs) should be a cause of concern. The early recognition of neurological irAEs is critical for the initiation of specific anti‑inflammatory agents for the prevention of such events. These events are usually alleviated with hormone therapy, which can distinguish metastatic tumors from neuropathy.

PD-1 is expressed on the surface of a variety of immune cells, such as T cells, B cells and natural killer (NK) cells, in which its ligand, programmed death-ligand (PD-L)1, is widely expressed on the surface of various tissue cells, including tumor cells, while the ligand PD-L2 is mainly expressed in hematopoietic cells. PD-L1 is one of the numerous immune checkpoints of T cells, and the PD-L1 signaling pathway inhibits the activity of T cells at a later stage of the immune response (1,2). PD1 monoclonal antibodies, including pembrolizumab and nivolumab, block PD-1/PD-L1 association and enhance the anti-tumor immune function of T cells.

Pembrolizumab is one of the immune checkpoint inhibitors (ICIs), which is a humanized monoclonal IgG, applied in the immune therapy of lung cancer (3), melanoma (4), renal cancer (5) and other malignant tumors (6). The survival benefit is evident (7). Immune inhibition release leads to immune-related side-effects, such as pembrolizumab, a PD-1 inhibitor with median toxicity of 77.1%. The incidence of toxicity for above grade 3 is 20.8%. The overall immunotherapy is safe; however, some of the fatal immunotoxicities, such as neurological adverse events (nAEs) associated with ICIs should attract sufficient attention, particularly when neurotoxicity is involved. According to a previous study, the incidence of neurological toxicity associated with the administration of PD-1 inhibitors is 6.1% (8), and neurotoxicity accounts for approximately 15% of the deaths caused by PD-1/PD-L1 inhibitors (9).

A 44-year-old male was diagnosed with extensive-stage small-cell lung cancer (ES-SCLC) accompanied by bone, brain and mediastinal lymph node metastasis. Between March, 2019 to August, 2019, he received systemic treatment with 6-cycle etoposide and cisplatin (EP) chemotherapy (etoposide 165 mg/m2 on days 1-3, and cisplatin 50 mg/m2 on days 1-2) followed by 200 mg pembrolizumab (Keytruda®, Merck Sharp & Dohme Corp.) intravenously once every 3 weeks, and the curative efficacy was evaluated as progressive disease (PD). He arose with facial paralysis, facial numbness, pain, tinnitus and limb joint pain on September 23, 2019 (Fig. 1A), although he had tendon reflexes. An enhanced cranial MRI examination revealed that there were abnormal enhancement areas in the left pontine crus, with clear boundaries (Fig. 2A). Facial nerve thickening and swelling caused facial paralysis. According to the toxicity grade, it was classified as grade 2. Thus, the use of pembrolizumab was terminated, although EP chemotherapy continued and he was treated with high-dose hormone therapy with the resolution of neurological symptoms. Methylprednisolone at 40 mg was administered for 5 days and he was then treated with oral prednisone tablets (25 mg). After 1 week, his facial symptoms were significantly alleviated (Fig. 1B). Following hormone therapy, the re-examination of the head MRI revealed that the lesion had shrunk and symptoms had improved (Fig. 2B). Subsequently, he was treated with etoposide/tenoposide alone, and he did not exhibit any signs of neurotoxicity. After completing the whole chemotherapeutic regimen, the primary tumor had markedly shrunk when comparing pre-treatment (Fig. 3A) and post-treatment (Fig. 3B).

Although the compliance of ICI therapy with irAEs is affected, it does not seem to affect the efficacy of immunotherapy (6), and immune-related toxicity may be an index for the reactivity of ICI treatment and survival benefits (7,8). A previous study (9) demonstrated that ICI therapy for patients with rheumatoid arthritis (RA) had a better response rate (85.7 vs. 35.3%) than those who were negative for RA. Similarly, a preliminary study revealed that ICI treatment with neurotoxicity may have a better response rate (10). This may be one reason for the better treatment response in the present case.

irAEs require early identification and timely and effective drug intervention through NCCN guidelines (11). Glucocorticoids are the major drug choices; however, it has been shown that patients with immune-related neurotoxicity have different individual responses to glucocorticoids (12), and patients with resistance to glucocorticoids often need to be replaced with (TNF-a) infliximab or (IVIG) immunoglobulin. The patient, in this case (12), had a good response to glucocorticoids, and the symptoms of facial paralysis and pain in 4 joints were significantly improved following 72 h of administration, without hormone resistance.

The mechanism of toxicity associated with ICIs has not yet been fully clarified. It has been demonstrated that the following main categories exist: First, T cells directly attack normal tissues, and certain antigens can be expressed in both tumor cells and normal cells; thus, the enhanced function of T cells can cause damage to normal tissues (13). Another type of injury involves inflammatory factors, such as pro-inflammatory factor IL-17, which can be released with the recovery of T cell function (14,15). Another type is that following treatment with ICI, the body's pre-existing autoreactive antibodies can be activated, leading to the occurrence of irAEs (16). In addition, the mechanisms of irAEs occurring in different phases may also differ. For example, the early side-effects are mainly manifested by extensive epithelial cell damage caused by the involvement of inflammatory cells, such as neutrophils, such as skin rash, colitis, pneumonia and other symptoms. The late side-effects are more likely to occur in the specific local organs, such as nervous system toxicity, hypophysitis. In the present case report, the patient facial nerve toxicity occurred following the end of ICI therapy, which is an advanced toxic reaction, and the specific mechanisms remain to be further elucidated.

In the present study, a case of a rare patient with ES-SCLC treated with anti-PD-1 inhibitors (pembrolizumab) with induced facial toxicity is reported, in order to provide some references for the prediction and management of the side-effects caused by ICIs.

In conclusion, the facial nerve injury caused by ICIs is rare; thus, the neurotoxicity caused by ICIs should be a matter of concern, and the related mechanisms underlying the injury warrant further investigation. While chemotherapy does not cause such nerve damage, immune-induced nerve damage is usually alleviated with hormone therapy, which can distinguish metastatic tumors from neuropathy.

All data generated or analyzed during this study are included in this published article or are available from the corresponding author on reasonable request.

The present study was approved by the 986 Hospital Affiliated to the Fourth Military Medical University Ethics Board (approval no. KJ4-004-03; Xi'an, China). Consent to participate was obtained from the patient.

Informed written consent was obtained from the patient for publication of this case. 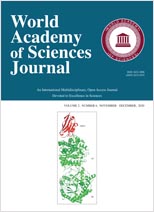