Quality of life and its associations with illness perceptions over a 3‑month follow‑up period in patients with non‑small cell lung cancer: A prospective longitudinal study

QOL is an important outcome that should be considered as part of daily clinical oncology practice. The American Society of Clinical Oncology stated that the treatment of metastatic cancer can be recommended even without an improvement in survival if there is an improvement in QOL (7). QOL is an important, yet understudied outcome in patients with NSCLC (8). A previous systematic review of quantitative preference studies of patients with lung cancer confirmed that these patients tended to consider benefit attributes, including QOL, to be more important than other attributes. Additionally, these patients considered overall survival to be the most important (9). QOL is recognized as a relevant end point of growing interest. However, QOL is not included among end points in a sizable proportion of recently published phase III trials on solid tumors (10). Further research is thus required to evaluate the treatment effect on QOL in both clinical trials and daily care (11).

‘Illness perception’ is a concept that refers to the mental representations and personal beliefs that individuals have of an illness, i.e., the cognitions and emotions regarding an illness (12). In a previous study by the authors, it was suggested that addressing illness perception seemed to be a clinically relevant approach in improving the QOL of patients with NSCLC (13). Masson et al (14) suggested the importance of considering illness representations as a determinant of QOL for patients with lung cancer. Changing patient illness perception seems a successful approach in addressing outcomes. For example, in a previous study on patients with myocardial infarction, replacing inadequate illness perceptions by more adaptive ones resulted in an improved functional outcome (15). In the field of NSCLC, the first steps are being taken.

From October, 2016 until July, 2019, the present prospective longitudinal study evaluated patients with NSCLC over a 3-month follow-up period at Saitama International Medical Centre, Nippon Medical School Hospital and Shimane University in Japan. Participants completed a case report form that included data such as age, sex, partnership or marital status, and employment at the time of diagnosis; Eastern Cooperative Oncology Group performance status cancer stage (I-III or IV); epidermal growth factor receptor (positive or negative); anaplastic lymphoma kinase (positive or negative); previous surgery (yes or no); previous radiotherapy (yes or no), and total years of smoking. Several questionnaires assessing patient-reported outcomes were administered, and outcomes were assessed at baseline, at 1 month and at 3 months.

The study protocol was approved by the Institutional Review Board of Saitama International Medical Center (14-190), Nippon Medical School Hospital (27-07-470) and Shimane University (3567). Written informed consent was obtained from all participants. All study procedures were conducted in accordance with the principles in Declaration of Helsinki and its later amendments.

The eligibility criteria included the diagnosis of NSCLC, an age of ≥20 years, scheduled to receive neoadjuvant or adjuvant chemotherapy, and a physical condition that allowed them to tolerate the investigation. Patients with epidermal growth factor receptor or anaplastic lymphoma kinase mutations, and patients undergoing concurrent radiotherapy and chemotherapy were excluded from the study.

The Japanese version of the Brief Illness Perception Questionnaire (Brief IPQ) assessed cognitive illness perceptions: Consequences, timeline, personal control, treatment control, identity; emotional perceptions: Concern and emotions; and illness comprehensibility: Coherence (understanding). The Japanese version was adapted from www.uib.no/ipq, Japanese Brief IPQ. To compute the score, the score items of personal control, treatment control and coherence (understanding) are reversed, and are then added to the items of consequences, timeline, identity, concern and emotions according to the Brief IPQ Scoring Instructions from www.uib.no/ipq. All items used a 0-10 scale, with a higher score reflecting a more sinister view of the illness (20). Higher scores indicate strong perceptions in that lung cancer affects the patient's life, has a long duration, can be controlled by their own behavior or medical treatment, involves a number of complaints, elicited concerns, is understandable, and is associated with negative emotions (13).

Patients were recruited from three institutions in Japan (Saitama International Medical Centre, Nippon Medical School Hospital and Shimane University). Data were collected at three time points: Baseline at the beginning of the treatment, at ~12 days after the first round of chemotherapy; at 1 month after the last round of chemotherapy (1 month); and at ~3 months later (3 months).

[ii] aMissing value indicates that there was no response to the questionnaire.

In the present study, in Japanese patients with NSCLC, patients who did not have a sinister view of the illness prior to treatment exhibited a tendency for lower global QOL over the period of 3 months (Fig. 2). Additionally, marked differences were observed in the pattern of the global QOL trend between the strong and weak perception groups in the identity item. Patients in the strong perception group in the identity item at baseline had several complaints prior to treatment, and these patients exhibited a markedly higher global QOL over the 3-month period than patients who did not have many complaints (Fig. 2 and Table II).

Xiao et al (23) demonstrated that patient-reported outcomes (including QOL) were a key information source for assessing clinical benefit in cancer trials and for informing clinical decision making. Significant improvements have been made in incorporating patient-reported outcomes in lung cancer trials (23). However, a previous systematic review reported that QOL results were significantly under-reported, with a disappointing decline in the timely inclusion of results in primary publications (24). Berner et al (25) suggested that an interesting matter for future research was whether health-related QOL could be positively affected by alleviating the perceived threat of the illness and strengthening positive illness beliefs. Hoogerwerf et al (26) demonstrated that the illness perception of patients was not always in line with what the opinions of their physician, illustrating the importance of taking the patient's view into account. The present study demonstrated that the global QOL of patients with NSCLC exhibited a decreasing trend over a period of 3 months if they had a weak illness perception prior to treatment. These results may provide crucial information for a shared decision-making process and may represent a tool to guide medical staff in oncology practice. Additionally, the global QOL differed significantly between the two groups in illness perception for the identity item, and a higher global QOL was observed over the 3-month follow-up period in the strong perception group. A previous study on head and neck cancer survivors described that the illness identity captured patients' perceptions of symptom load (27). In the present study, the patients in the strong identity perception group may have exhibited a higher global QOL over the 3-month period as the patients captured their perceptions of symptom load prior to treatment. These results may prove to be of value to oncology practice.

Kaptein et al (18) reported that accounting for symptoms, illness perceptions and QOL may enhance treatment protocols and outcomes for patients with NSCLC. According to Lehto (28), there is also an urgent need for further research on lung cancer populations that uses baseline psychological distress as an eligibility criterion, given emerging evidence that it may improve the evaluation of intervention benefits over time. The findings of the present study demonstrated that qualifying a patient's illness perception state prior to treatment may help to inform medical staff and researchers on future changes in QOL. It is recommended that clinicians assess the illness perceptions of patients with NSCLC prior to administering treatment and that these patients continuously partake in self-management to improve QOL.

There were some limitations to the present study which should be stated. The sample size was small, as 11 of 34 patients had missing data. However, missing data may not bias the results. There were no marked differences among the 11 ineligible (data not shown: mean age, 65.1 years; 54.5% cancer stage IV; mean global QOL, 61.4) and the 23 eligible patients (mean age, 67.2 years; 52.2% cancer stage IV; mean global QOL, 67.4). The present study included only patients in Japan. In addition, the mean scores for the treatment control item (3.2), identity item (3.0) and understanding item (2.8) in the Brief IPQ (Table I) were lower than those in the study by Vollmann et al (13) (mean score: Treatment control, 7.7; identity, 5.2; and understanding, 7.5). However, the information about the effect size of global QOL in the present study may prove useful for any plan to calculate sample size. Future international study are required however, for comparison.

In conclusion, the present study suggests that the evaluation of QOL is useful in providing long-term supportive care for patients with NSCLC. The findings presented herein may help to address future interventions targeting illness perceptions of patients with lung cancer with a relatively short mean survival duration.

The study protocol was approved by the Institutional Review Board of Saitama International Medical Center (14-190), Nippon Medical School Hospital (27-07-470) and Shimane University (3567). Written informed consent was obtained from all participants. All study procedures were conducted in accordance with the principles in Declaration of Helsinki and its later amendments. 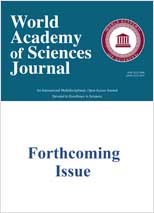