The combination of serum calcium levels, neutrophil‑to‑lymphocyte ratio and platelet count in the prognosis of multiple myeloma: A retrospective cohort study and review of the literature

The prognosis of multiple myeloma (MM) can be determined by the serum calcium levels, the neutrophil‑to‑lymphocyte ratio (NLR) and the platelet count (PLT). The objective of the present study was to determine the influence of the combined prognostic index (CPI), which included the aforementioned three indices (serum calcium levels, NLR and PLT), on the survival rates of patients with MM. A total of 111 patients newly diagnosed with MM undergoing treatment were analyzed. The prognostic values for the survival times were determined at the time of pre‑treatment. The patients with high serum calcium levels (2.665 mmol/l), a high NLR (2.245) and a low PLT (<150x109/l) received a score of 1. Based on the scores obtained, the CPI was formed, in which the patients were grouped into a low‑risk group (0‑1 points), an intermediate‑risk group (2 points) and a high‑risk group (3 points). Univariate analysis demonstrated significant differences between the three CPI groups (P<0.001). Multivariate analysis indicated that the CPI was an independent prognostic factor for overall survival [intermediate‑risk group: Hazard ratio (HR), 3.244; 95% confidence interval (CI), 1.213‑8.679; high‑risk group: HR, 4.290; 95% CI, 2.180‑8.443; P<0.001]. This level of significance was also observed in the subgroups, which were divided according to the percentage of bone marrow plasma cells (≥30 or <30%) and age (≥65 or <65 years). On the whole, the present study demonstrates that the CPI determined by the high serum calcium levels, high NLR and low PLT may be used as an independent prognostic indicator for patients with MM.

Multiple myeloma (MM) is a B-cell neoplasm characterized by the clonal proliferation of plasma cells that develops due to the presence of genetic changes and the interaction of plasma cells with the bone marrow microenvironment (1). The improvement in the overall survival (OS) and progression-free survival (PFS) rates of patients with MM due to the application of specific immunomodulators and proteasome inhibitors has been based on risk stratification (2,3). Chromosomal abnormalities, including t(4;14), t(14;16), t(14;20), amp1q21 and del 17p have been shown to be associated with a poor prognosis. the revised international staging system (R-ISS) is based on a combination of cytogenetic aberrations detected by fluorescence in situ hybridization (FISH), ISS (international staging system, a combination of albumin and β2-microglobulin) and lactate dehydrogenase (LDH). R-ISS is accepted as the prognostic scoring system for patients with MM. However, patients with MM have highly variable prognoses and a meticulous evaluation of their prognosis is required for optimal treatment strategies to be administered (2,3).

Several studies have examined the expression levels of certain inflammatory factors and have suggested that these factors (8-10) exerted adverse effects on the survival rate of patients with MM. These inflammatory factors include the platelet count (PLT), the neutrophil-to-lymphocyte ratio (NLR), the platelet-to-lymphocyte ratio (PLR), the monocyte-to-lymphocyte ratio (MLR) and C-reactive protein (CRP) levels. Previous studies, such as those of Zhang et al (8), Liu et al (9), Kim et al (10), Szudy-Szczyrek et al (11) and Zuo et al (12) suggested that a high NLR was an adverse prognostic factor. However, no consensus has yet been reached on the cut-off value used for the diagnosis of MM. Recently, Gui et al (13) and Solmaz et al (14) identified that a high PLR was a significant factor for a poor survival time.

Since 2005, ISS (with albumin and β2-microglobulin) has been applied for the prognosis of patients with symptomatic MM from 17 institutions (15). It is a simple and easy-to-use prognostic indicator; however, it was developed prior to the use of the new regimen. In August 2015, the International Myeloma Working Group (IMWG) published the R-ISS. It is a system that was established by the development of additional biomarkers in MM, including ISS, LDH and cytogenetic analysis. R-ISS was developed based on clinical and laboratory data following the evaluation of chromosomal abnormalities by FISH [high-risk includes the following markers: t(4;14), t(14;16) and del 17 p, standard-risk without these chromosomal abnormalities] from patients with a new diagnosis of MM who were treated with new drugs (immunomodulatory agents or proteasome inhibitors) (16). Therefore, it is suitable for the prognosis of patients treated with new drugs. However, this indicator requires technical expertise, has a high cost and requires a long period of analysis. Therefore, it is necessary to propose tools that are simple, cost- and time-effective and suitable for a new regimen.

To facilitate the stratification of the risk of patients with MM using the simple factors, the present study was conducted to determine the influence of the combined prognostic index (CPI), which included the serum calcium levels, the NLR and the PLT, on the survival rates of patients with MM.

From January, 2015 to April, 2019, 111 patients with de novo MM, according to the criteria of IMWG 2014, were enrolled in the present study at the Center of Hematology and Blood Transfusion, Bach Mai Hospital, Hanoi, Vietnam (17). The study protocol was approved by the Ethical Committee in Hanoi Medical University (no. 187). Patient consent was waived by the committee as the present study was a retrospective observational study.

Prior to treatment, all patients were evaluated by the Eastern Cooperative Oncology Group performance status (PS) (18). The percentage of bone marrow plasma cells, the hemoglobin levels, the NLR, PLT, as well as the serum albumin, β2-microglobulin and calcium levels were assessed to evaluate the pre-chemotherapy patient status and the prognostic risk.

At diagnosis, 111 patients were included in the present study, of whom 55 were males (M:F ratio, 0.98). The characteristics of the patients are presented in Tables I and II.

Characteristics of the patients included in the present study.

Laboratory indices of the patients included in the study.

Multivariate analysis demonstrated that high serum calcium levels (2.665 mmol/l), high NLR (2.245) and low platelet count (<150x109/l) were independent and significant adverse prognostic factors and were included in the CPI. The criteria for scoring of the CPI were based on the presence of each risk factor. The patients with high calcium levels (2.665 mmol/l), a high NLR (2.245) and a low PLT (<150x109/l) demonstrated a score of 1. Based on the scores obtained, the CPI was formed, in which the patients were grouped into a low-risk group (0-1 points), an intermediate-risk group (2 points) and a high-risk group (3 points). Although the results of the multivariate analysis indicated that the high percentage of the bone marrow plasma cells was an independent and significant prognostic factor for patient OS, this parameter was not included in the plasma cell index of the CPI, since the objective of the present study was to provide a simple and easy-to-use index that could be applied in the peripheral blood samples of the patients.

Role of CPI in survival analysis

CPI used in the survival analysis.

OS determined according to the CPI in the groups of plasma cell percentage and age.

Hypercalcemia is noted in several cancer types, inflammatory conditions and specific diseases, which are usually caused by increased bone resorption due to increased osteoclast activity (21). During the development of MM, the increased osteoclastic bone resorption is caused by cytokines (receptor activator of the nuclear factor-κB ligand, macrophage inflammatory protein-1α and tumor necrosis factors) that are oversecreted by myeloma or other types of cells in the bone marrow microenvironment (22). Secondly, patients with MM often have impaired renal function and increased renal tubular calcium reabsorption. Therefore, this causes an elevation in serum calcium levels (22).

Recent studies have investigated the application of various inflammatory factors as prognostic indices in patients with MM. Inflammatory factors have a substantial impact on the tumor microenvironment and in tumor progression; therefore, they are related to the prognosis of patients with malignant diseases (25). Inflammation-related indices derived from peripheral blood cells, including NLR, PLR and MLR, are considered prognostic biomarkers (8).

The majority of the studies have agreed on the prognostic value of NLR. Zhang et al (8), Liu et al (9), Kim et al (10), Szudy-Szczyrek et al (11) and Zuo et al (12) suggested that a high NLR was an adverse prognostic factor; however, no consensus was reported on its cut-off value (8-12). These cut-off values ranged from 2 to 3.1 (9-12). The data of the present study indicated that a high NLR (2.245) was an independent prognostic factor for a poor survival rate of patients with MM.

Platelets are an important factor involved in the development of inflammation. Multiple inflammatory elements are present in platelets, which can activate innate immune cells and stimulate the endothelium. Platelets interact with leukocytes and support their interaction with the vessel wall, which enables their migration to the tissues (26). In various cancer types, platelets protect metastatic cancer cells from surveillance by natural killer (NK) cells. They also reduce the beneficial effects of immunotherapy (27). Therefore, the role of platelets in the prognosis of MM is very complex. An increase or decrease in platelet levels has been considered to be a poor prognostic factor for MM. Previous studies by Liu et al (9) and Kim et al (10) have demonstrated that a low platelet count (<150x109/l) is a poor prognostic factor in MM. The current study also indicated similar results. In contrast to these findings, Jung et al (20) considered a value below 100x109/l to be used as a prognostic factor for MM. However, a higher level of alert is required when assessing patient prognosis. A recent study by Mellors et al (28) indicated that following two cycles of chemotherapy treatment with novel agents, patients with MM and thrombocytopenia (<150x109/l) exhibited worse OS and PFS survival rates than those of patients who maintained a platelet count ≥150x109/l.

The combination of the prognostic factors can be used to establish an accurate prognostic system. This has been a challenge for several studies that have investigated MM (9,10,15,16). In addition to the successful prognostic systems that have been recognized for several years, such as the ISS or the R-ISS, novel valuable systems are currently investigated, notably those that exhibit potential applications with novel treatment regimens.

Kim et al (10) demonstrated that the MPI value included the following parameters: NLR, platelet count and CRP for patients with MM. The MPI applies to conventional chemotherapy, as well as to novel agents (10). Liu et al (9) identified the value of IPSI including the following parameters: NLR, PLT and RDW. IPSI supports the use of ISS by further dividing the subgroups at each disease stage (9). The present study focused on providing a prognostic scale (CPI) that combines simple pathological factors. Serum calcium levels may be an indicator of the tumor growth. The NLR is an inflammatory marker that affects the tumor microenvironment and tumor progression. Platelets protect cancer cells from NK cells and may reverse the effects of immunotherapy. These indices are easy to evaluate and not expensive. Furthermore, the CPI was also applicable to all subgroups of patients regardless of the percentage of bone marrow plasma cells (≥30 or <30%) and the age (≥65 or <65 years).

The present study exhibits certain limitations. Firstly, it was not performed on a group of patients who had received autologous stem cell transplantation. Secondly, this was merely an initial research study and additional studies with a larger number of patients who will be treated with novel drugs need to be conducted in the future.

In conclusion, the present study demonstrates that the CPI, which comprises high serum calcium levels, a high NLR and a low PLT, can be used as an independent prognostic factor for patients with MM. The combination of the prognostic factors can be used to establish an accurate prognostic system. As it is the result of a combination of factors, it is more predictive than using each factor individually. Moreover, the usage is also very simple and convenient.

The study protocol was approved by the Ethical Committee in Hanoi Medical University (no. 187). Patient consent was waived by the committee as the present study was a retrospective observational study.

The authors declare that have no competing interests. 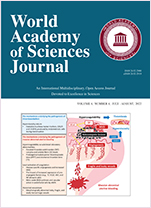