The benefit of bisphosphonates (BPs) is unequivocal in the treatment of malignant bone neoplasias, such as multiple myeloma, bone metastases (e.g., due to primary breast or prostate cancer) or metabolic bone diseases, such as Paget’s disease and severe osteoporosis.(1). Their anti-resorptive mechanism results in a significant reduction of skeletal-related events such as pain, hypercalcaemic episodes or fractures that require radiation therapy or stabilizing operations, thus improving the quality of life (2). BPs mainly inhibit bone resorption through selective adsorption on mineral surfaces and subsequent internalization via the bone-resorptive activity of osteoclasts which interfere with various biochemical processes. The simpler, non-nitrogen-containing BPs, such as clodronate, have the potential to be metabolically incorporated into non-hydrolysable analogues of adenosine triphosphate (ATP) that inhibit ATP-dependent intracellular enzymes. By contrast, the more potent, nitrogen-containing BPs, such as ibandronate, pamidronate and zoledronate, inhibit farnesyl pyrophosphate synthase, a key enzyme of the mevalonate pathway, thereby preventing the biosynthesis of isoprenoid compounds that are essential for the post-translational modification of small guanosine triphosphate (GTP)-binding proteins (that are also GTPases), such as Rab, Rho and Rac (3–5). The inhibition of protein prenylation and the disruption of the function of these key regulatory proteins explain the loss of osteoclast activity (6).

Besides the inhibition of osteoclast function, an antiangiogenic effect of BPs has been throroughly investigated (7–9). Sufficient tumor angiogenesis and vessel formation is indispensable for tumor growth and progression (10,11). In this context, the term angiogenesis refers to sprouting from pre-existing vessels of rather mature endothelial cells. Apart from this bone-marrow-derived mechanism, circulating endothelial progenitor cells (EPCs) bear the potential of the de novo creation of primordial vessels, termed vasculogenesis (12–14). Besides this biological function, EPCs demonstrated strong paracrine effects in terms of the production of several cytokines and growth factors, such as vascular endothelial growth factor (VEGF), stromal cell-derived factor-1, insulin-like growth factor-1 and hepatocyte growth factor that increase angiogenesis and neovascularization (15). EPCs have been demonstrated to support short-, as well as long-term neovascularization (14). The aim of this study was to investigate the possible inhibitory effect of different BPs on EPC-mediated neovascularization as a possible new target for cancer therapy.

Mononuclear cells (MNCs) were isolated by density gradient centrifugation with Biocoll (Biochrom KG, Berlin, Germany) from the peripheral blood of healthy human volunteers as previously described (14). Immediately following isolation, total MNCs (8×106 cells/ml medium) were plated on 25-cm2 culture flasks coated with human fibronectin (Sigma, Steinheim, Germany) and maintained in endothelial basal medium (EBM) supplemented with EGM SingleQuots, VEGF (100 ng/ml), and 20% FCS for 3 days. EPCs were obtained as a byproduct from blood donors at our University hospital therefore no approval from the ethics committee was required. This was an in vitro study and only cell culture experiments were conducted.

To examine the effect of bisphosphonates on EPC migration, a 24-well Boyden chamber assay system (ThinCert™) was used, according to the manufacturer’s instructions (Greiner Bio-One, Frickenhausen, Germany). EPCs were incubated for 24 h with varying concentrations of bisphosphonates. Cells were harvested, washed twice in PBS and resuspended in EPC medium for adjustment to a final concentration of 106 ml−1. EPCs were stimulated to migrate from the upper to the lower chambers subsequent to adding 10 ng/ml VEGF to the lower chambers. After 12 h, the cells were stained with fluorescent dye calcein-AM. The culture medium was then removed from the inserts, while the inserts were transferred onto a freshly prepared 24-well plate, containing 500 μl trypsin-EDTA/well. This plate was incubated for 10 min in a cell culture incubator at 37°C with 5% CO2 with sporadic agitation. The inserts were discarded and 200 μl of the trypsin-EDTA solution, now containing the detached migratory cells, was transferred to a flat-bottom, black 24-well plate. A fluorescence plate reader was used for quantification.

To examine the effect of the colony-forming ability, EPCs were cultured in MethoCult™ GF H84434 culture medium (STEMCELL Technologies, Inc., Vancouver, BC, Canada) on 35-mm well culture plates for 14 days, according to the manufacturer’s instructions. Cultures were incubated at 37°C with 5% CO2, and scored for colony formation after 14 days.

Continuous variables were presented as the mean ± SEM. Comparisons between groups were analyzed by analysis of variance (ANOVA, post hoc test, Tukey) for experiments with >2 subgroups, or the Student’s t-test (two-sided). The software SPSS 16.0 for Windows was used for calculations. P<0.05 was considered to indicate statistically significant differences.

BPs are common anti-bone-resorptive drugs with clinical effectiveness against various types of cancer, when used in combination with other conventional anticancer drugs (16–18). Apart from their direct effect on cancer cells, these drugs are believed to affect angiogenesis (19). Tumors and ischemic tissue have the potential to recruit EPCs from the bone marrow in order to increase the number of sprouting vessels for blood supply by indirect effects, such as paracrine secretion of growth factors including VEGF or the direct differentiation of EPCs in mature endothelial cells (20, 21). In patients with head and neck cancer, for example, an elevated EPC concentration in peripheral venous blood was demonstrated (22).

Therefore, the effect of different BPs on EPCs as an option for cancer therapy was investigated. Consistent with previous studies, results showed that the EPC concentration is reduced by different BPs in a dose-dependent manner (8,9). Particularly, pamidronate and zoledronate had a significant impact on cell numbers compared to the control and clodronate groups. Yamada et al(8) showed increased EPC apoptosis rate subsequent to zoledronate treatment in vitro. In this study, important biological functions, such as migration and stem cell differentiation were demonstrated to be impaired by BPs. Reduced migration capacity resulted in impaired mobilization from bone marrow niche and homing of EPC (23,24). EPC differentiation is a pre-condition for clonal expansion and stem cell function. The nitrogen-containing BP zoledronate was found to have a significant negative effect on colony formation, while no effect was detected by the non-nitrogen containing BP clodronate. Nitrogen-containing and non-nitrogen-containing BPs have different ways of action resulting in varying effects of BPs. Non-nitrogen-containing BPs, such as clodronate, are built into non-hydrolysable ATP that inhibit many different ATP-dependent intracellular enzymes (25). Therefore, extremely high concentrations are needed to completely inhibit special pathways. By contrast, the nitrogen-containing BPs, such as pamidronate and zoledronate, inhibit farnesyl pyrophosphate synthase, a key enzyme of the mevalonate pathway (26). This pathway is significant for the production of small G proteins, such as Ras, Rac and Rho proteins, which are important for intracellular structure and mechanisms, such as intracellular transport (27,28), and may contribute to the greater impact of nitrogen-containing BPs.

In conclusion, within the boundaries of in vitro studies, these data support the theory of the anti-angiogenetic component of nitrogen-containing BPs. Investigations regarding the effect of BPs on the biology of EPC are likely to provide insights into the role of BPs in inhibiting tumor vasculogenesis, as well as a possible therapeutic option in the future. 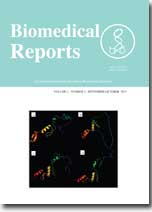