The excessive secretion of sebum on skin is a significant factor in various skin diseases (including acne and seborrheic dermatitis) (1,2). Medication remains the main method of treatment for diseases in which excessive sebum is secreted. Cis-retinoic acid has been shown to inhibit the proliferation of sebaceous gland cells and reduce lipid secretion (3–6), and has been suggested to be the most effective anti-acne drug currently in use. However, studies have shown that cis-retinoic danshen/tanshin acid may induce several side effects, including cerebral damage (7,8), abnormal function of the skin barrier (9), intestinal mucosa damage (10), teratogenicity (11) and psychological problems (12), therefore there are limitations to its clinical use. Thus, identifying more effective and safer drugs to treat sebum secretion is clearly of practical significance.

Tanshinone is the main substance among the fat-soluble extracts obtained from the Chinese herbal medicine danshen/tanshin, which comes from a member of the Labiatae family commonly used for the treatment of cardio-cerebrovascular diseases. There have been numerous Chinese clinical studies concerning its use in the treatment of acne, seborrheic dermatitis and diseases of excessive sebum secretion (13–15). To date, more than ten monomers have been identified, among which Tanshinone IIA (Tan IIA) has been the most extensively studied. A wide range of pharmacological uses have been reported for Tan IIA, for example, neuroprotective effects (16), prevention of cardiac hypertrophy (17), antitumor (18), anti-atherosclerosis (19) and anti-inflammatory (20) effects and protection of vascular endothelial cells (21). In addition, a number of Chinese studies have reported that Tan IIA is effective against the secretion of sebum, either by inhibiting the proliferation of sebaceous glands and the synthesis of lipids, or by indirectly downregulating the expression of mRNA of androgen receptors in sebaceous gland cells (22). Our previous studies have demonstrated that the topical application of Tan IIA sodium sulfonate is able to significantly inhibit the proliferation of Syrian hamster sebaceous glands (23). However, further study is required to identify the underlying mechanisms.

In recent years, the sterol regulatory element binding protein (SREBP) pathway has been a main focus in studies of the mechanism of lipid secretion. SREBPs are one of the most significant regulatory factors for lipid synthesis in animals and regulate the synthesis of cholesterol, fatty acids and triglycerides through regulating the gene transcription of lipid synthesis-related enzymes (24–26). Rosignoli et al (27) found that androgenic hormones regulate the gene transcription of lipid synthesis-related enzymes through activating the SREBP pathway in sebaceous gland tissues, as a result of increased synthesis and secretion of lipid. Apart from sebaceous glands, keratinocytes (KCs) are another significant source of lipids on the skin surface. Harrison et al (28) found that SREBP-1c was expressed in KCs and played a role in lipid synthesis. In this study, we observed that Tan IIA inhibits dihydrotestosterone (DHT)-induced lipid synthesis and secretion in HaCaT cells, which may occur via blocking of the activity of the PI3K/Akt pathway. This is the first study on the mechanism of the inhibitory effect of Tan IIA on lipid secretion in HaCaT cells.

Cells of the HaCaT KC cell line were cultured in a cell incubator at 37°C in 5% CO2, in DMEM medium containing 10% fetal bovine serum, 1% penicillin and streptomycin. After the cells became polygonal, arranged as a single layer, they were vaccinated at a density of 1x109 cells/l with 0.25% trypsin solution. The cultured cells were used for experimentation when they adhered to the culture plate and the confluence reached 70–80%.

Experimental grouping and treatment of cells

The cells were grouped and TRIzol was added to break down the cells, followed by extraction of total RNA, measurement of concentration and then measurement of purity. After ensuring that the quality met the requirements of the experiment, cDNA was obtained by reverse transcription. cDNA was diluted 10 times and amplified in a 20-μl reaction system. Primers were synthesized by Nanjing Kaiji Bio-tech Co, Ltd. (Table I). The amplification conditions were as follows: pre-denaturation at 95°C for 5 min, entering reaction cycles, denaturation at 95°C for 15 min, annealing for 30 sec at 60°C, extending for 30 sec at 72°C and maintained at 72°C for 10 min following 40 cycles.

The cells were treated according to group. The culture solution was discarded, the cells were washed three times with PBS solution pre-cooled to 4°C, 300 μl cell degradation solution containing protease inhibitor was added, then the mixture was placed on ice for 15 min and, following cell detachment, centrifugal separation was conducted at 4°C at 12,000 rpm. The upper layer of the solution was tested for protein using the BCA method. A 30-μg sample of protein was taken from each group for SDS-PAGE, protein was transferred onto PVDF films and covered with a 5% BSA blocking buffer at 37°C for 1 h. The primary antibody was added according to the cell group (rabbit antibody SREBP-1, diluted at 1:500; rabbit antibody phospho-Akt, diluted at 1:1,000; actin antibody diluted at 1:1,000) and the cells were incubated at 4°C throughout the night, washed prior to incubation with the secondary antibody, which was diluted at 1:1,000, and marked by horseradish peroxidase at 37°C for 40 min. ECL detection reagent was added for 5 min. Finally, a fixation procedure was conducted.

HaCaT cells at the exponential phase of growth were inoculated in 6-well plates, 3x104 cells/well and cultured for 24 h. The HaCaT cells were treated according to group and 0.25% trypsin solution containing 0.02% EDTA was added. The degradation process was terminated with 10% fetal bovine serum medium. The cells were washed twice with PBS, a single-cell suspension was prepared (in PBS), 100 ng/ml Nile red fluorescent dye was added, samples were incubated at room temperature for 15 min, filtered with 300 mesh nylon membrane and flow cytometry was then used to test 10,000 cells from each sample. The average fluorescence intensity of every cell was determined, with an excitation wavelength at 485 nm and emission wavelength at 565 nm.

SPSS 13.0 software (SPSS, Inc., Chicago, IL, USA) was used for data analysis, and the form of mean ± standard deviation was used to indicate measurement data. A t-test was used for inter-group comparison, and P<0.05 was considered to indicate a statistically significant result.

According to the results of real-time PCR tests (Fig. 3), DHT (100 nmol/l) increased the transcription of FAS, ACS, SCD and HMGCR (P<0.01) when compared with the untreated control group. Following pre-treatment with LY294002 for 40 min, the induction effect of DHT on the expression of FAS, ACS, SCD and HMGCR was significantly inhibited (P<0.01). Tan IIA played a role similar to LY294002 and significantly inhibited the SREBP-1-regulated gene transcription of lipid synthetase (P<0.01), which was consistent with the inhibitory effects of Tanshinone on SREBP-1c.

The results of flow cytometry showed that the average fluorescence intensity of the DHT group was significantly increased (P<0.05) compared with the untreated control group. The average fluorescence intensity of the LY294002+DHT group and the Tan IIA+DHT group were decreased compared with the blank control group (P<0.05; Fig. 4). The results above indicate that Tan IIA has an inhibitory effect on the lipid synthesis of HaCaT cells induced by DHT, an effect similar to that of LY294002.

In recent years, much attention has been focused on intra-cellular signal transduction mediating the activation of the SREBP pathway, which plays a role in lipogenesis. The PI3K/Akt signaling and mitogen-activated protein kinase (MAPK) pathways play critical roles in mediating the activation of the SREBP pathway in different cell types (29–32). Previous studies have indicated that the activation of Akt is involved in the transport of the SREBP cleavage-activating protein (SCAP)/SREBP complex from the endoplasmic reticulum to the Golgi (33). This is a major regulatory step in SREBP activity. In the present study, we demonstrated for the first time that DHT-induced SREBP-1 expression is regulated by the PI3K/Akt pathway. Our data indicate that DHT increases the amount of cleaved (mature) SREBP protein and that this increase is inhibited in the presence of LY294002. This suggests that, in addition to possible transcriptional and translational control, Akt activation may also affect SREBP processing in HaCaT cells. Akt activation has also been shown to increase the expression of lipogenic genes (34). The conclusion is further supported by our observation that the inhibition of Akt activation by LY294002 blocks the increase in mRNA expression of lipogenic genes and lipogenesis induced by SREBP-1.

Chinese clinical studies have shown that Tanshinone has significant effects on reducing sebum secretion and is used to treat acne and seborrheic dermatitis (13–15). Tan IIA is the most effective pharmacological ingredient of Tanshinone and has become a popular topic of research, with extensive studies in numerous fields of pharmacological effects, including anti-oxidant, anti-inflammatory and antibiotic properties, liver-protection and the ability to prevent tumors and improve circulation. However, no studies concerning the specific pathways and mechanisms of the anti-lipid effects of Tan IIA have been performed. In the present study, we found that Tan IIA significantly inhibits the expression of SREBP-1 induced by DHT, downregulates the transcription of enzyme genes associated with lipid synthesis, including FAS, ACS, SCD and HMGCR, and significantly reduces lipid production and secretion in HaCaT cells. The results of this study demonstrate that Tan IIA is able to counter lipid secretion in KCs, a property associated with its regulation of the expression of SREBP-1. In addition, we found that Tan IIA is able to produce an inhibitory effect on the SREBP-1 pathway through the PI3K/Akt signaling pathway; its inhibitory effect on the DHT-induced expression of SREBP-1 and lipid synthesis in HaCaT cells is identical to the effect of the PI3K inhibitor LY294002. Therefore, we consider that in the suppression of skin lipid secretion, Tan IIA may produce effects similar to a PI3K inhibitor.

In conclusion, this study indicates that Tan IIA is capable of inhibiting lipid secretion caused by an excess of androgenic hormones and that it may be used for the treatment of skin diseases including acne and seborrheic dermatitis in which an excessive amount of lipid is secreted.

This study was supported by grants from the China National Natural Science Foundation (81000700, 81171518). We appreciate the assistance of NT Pharma (China) Investment Co., Ltd. during the editing process. 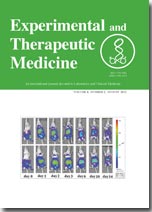